The Scottish Borders have been known for their textile industry for hundreds of years now. A number of imposing old mill buildings survive in the region’s towns, although some are now abandoned. We checked out two of them. 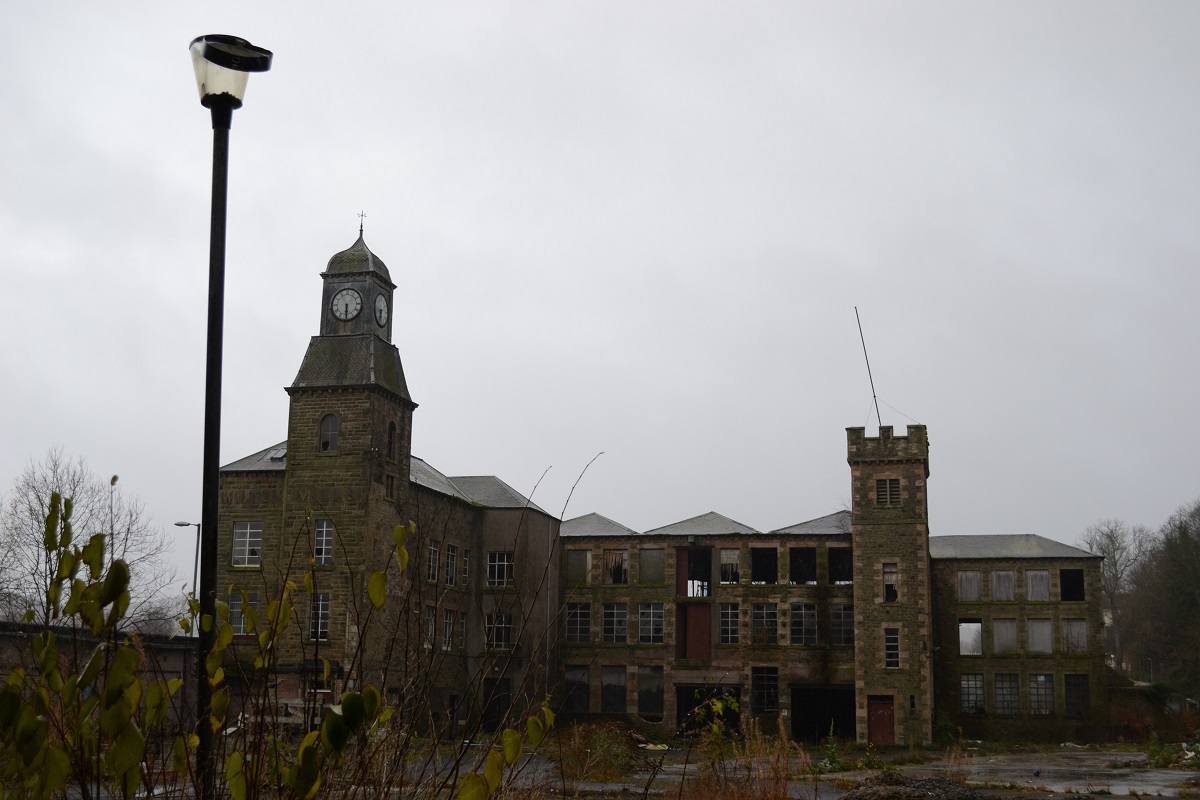 Wilton Mills had a distinctive clock tower that I couldn’t wait to get inside. There were actually three buildings on the site. The first, the one behind the clock tower building and featuring a castellated tower, was not much more than a dark empty shell inside. Scaffolding against one of the external walls suggested that maybe some repair work was being done on it. 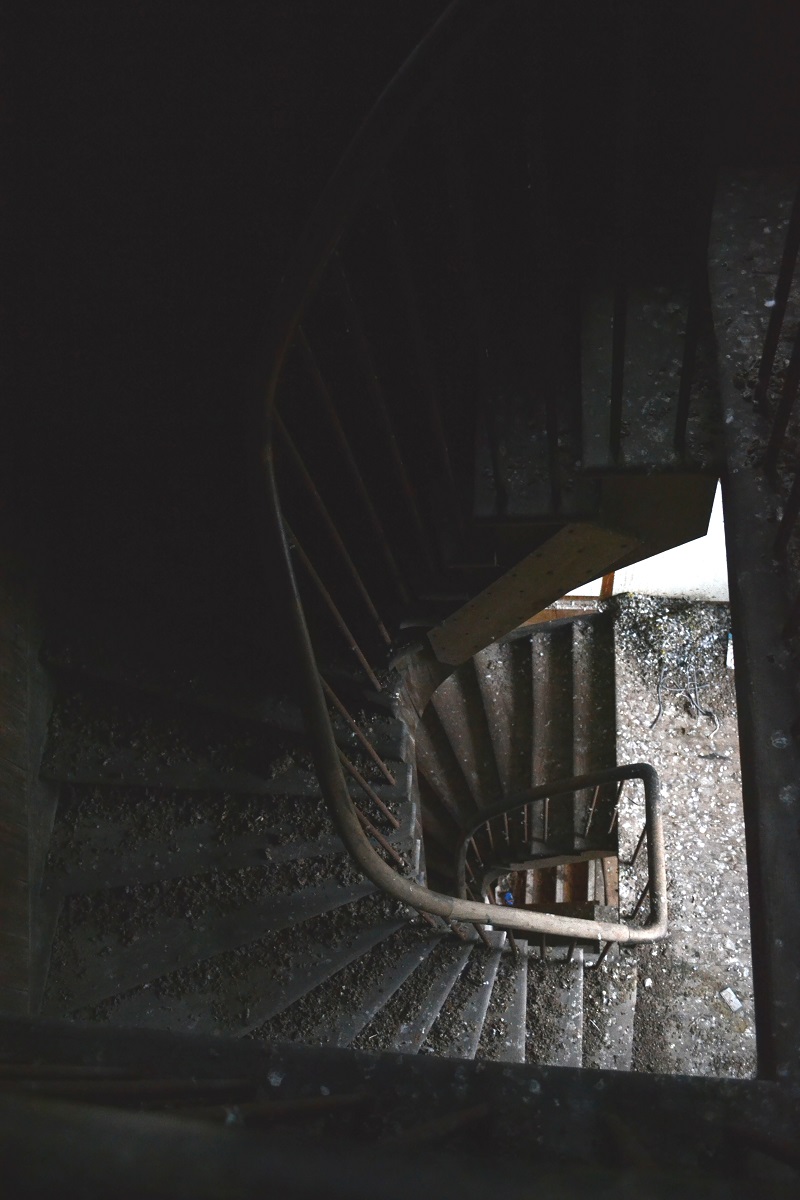 The clock tower building itself was also mostly empty. Some of the floors had given way and there was more pigeon mess than I’ve ever seen in my life before. A winding staircase led most of the way to the top, but final stage involved a climb onto a ledge and a wooden ladder to get right up behind the clock faces. 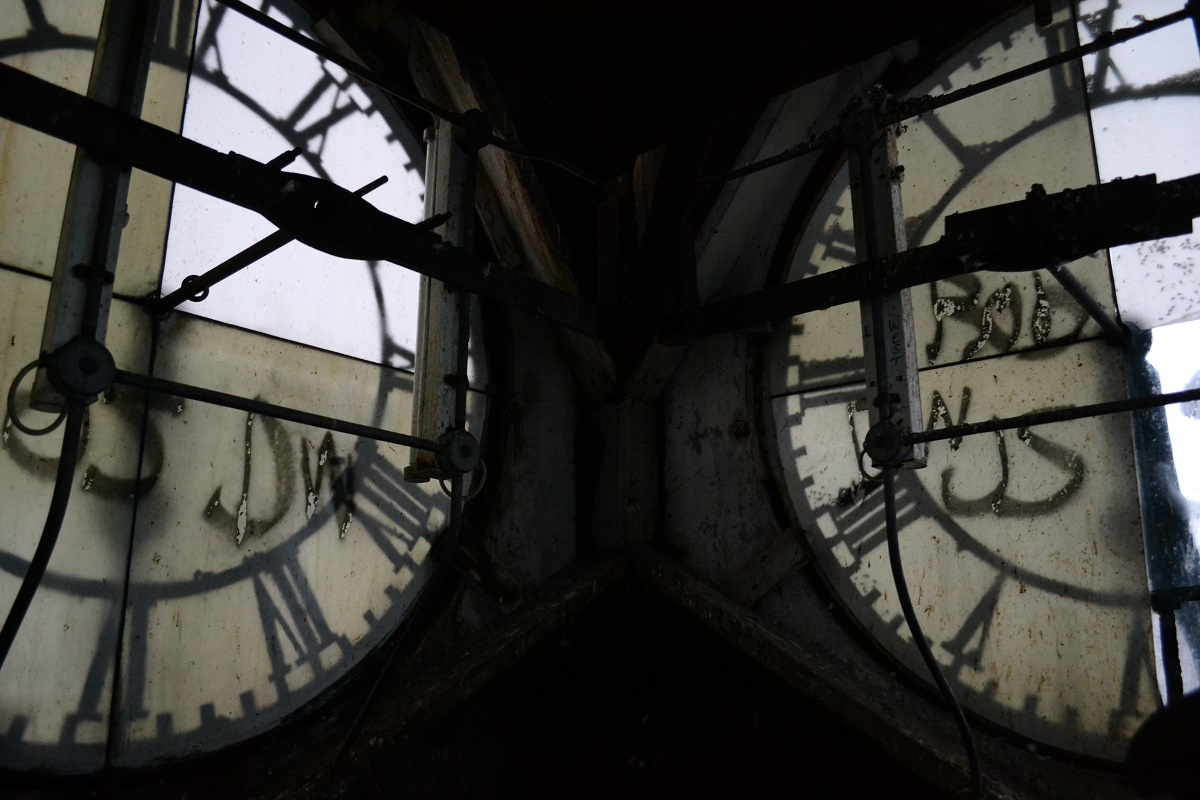 The clock mechanism had unfortunately mostly disappeared, but the fluorescent lighting tubes that once illuminated the faces were still in place. Gaps in the opaque white faces gave us views down over the rest of the mill site. 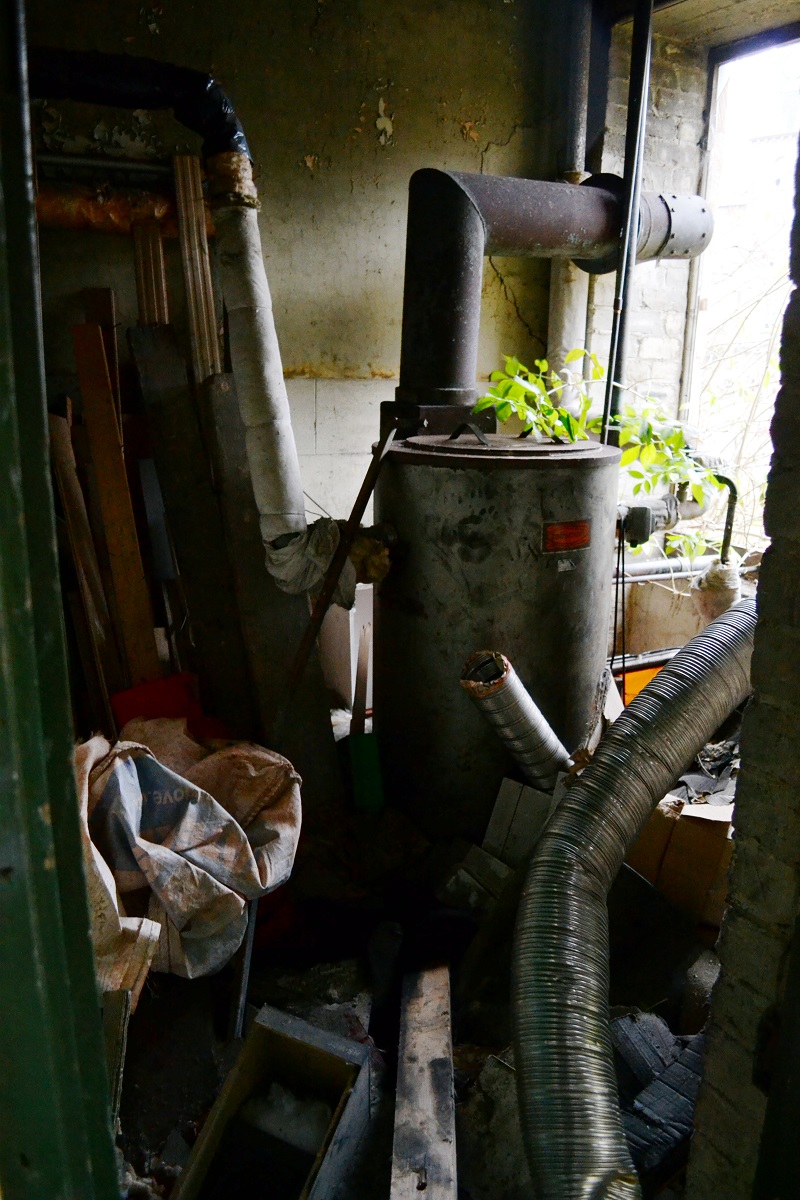 The third and final building at Wilton Mills was less striking from the outside, but there was much more to see inside. Although also a mill building originally, it was last used as an auction house and was still filled with items that were never sold. 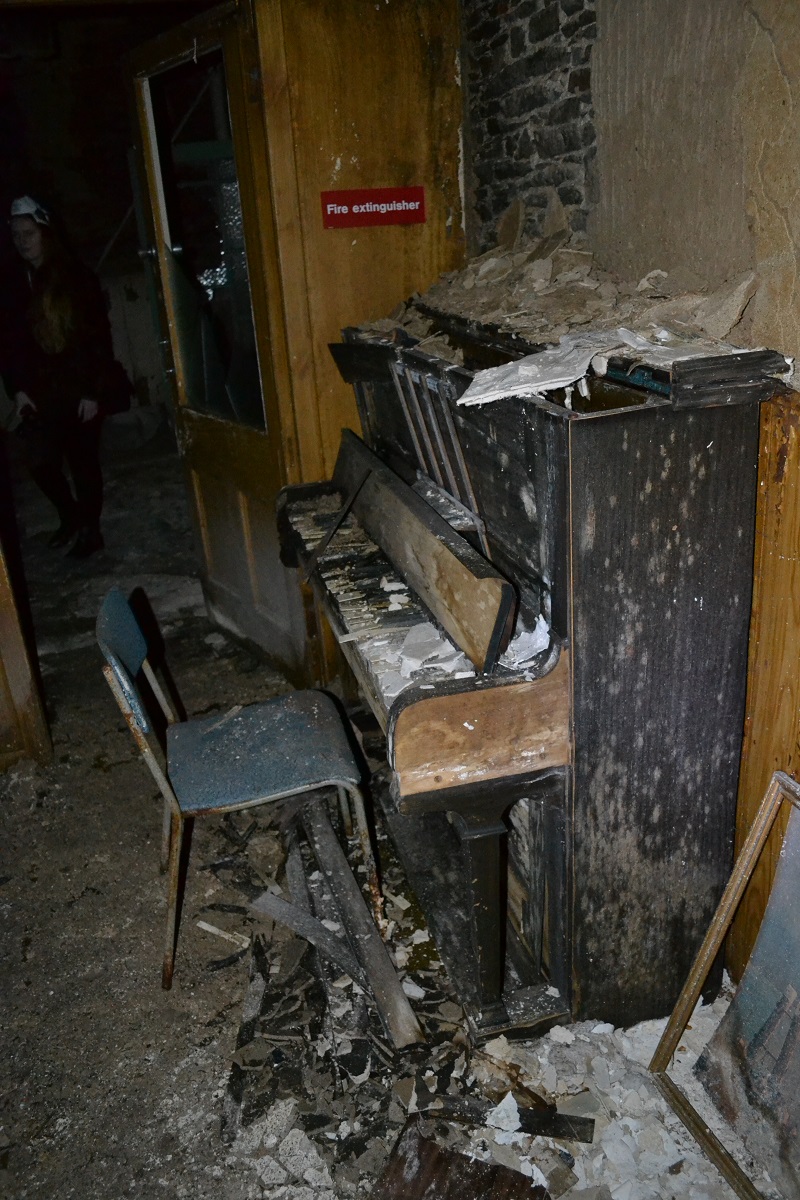 Everything from pianos to books to children’s toys to old record players and even a car was packed into its three storeys, seemingly at random. 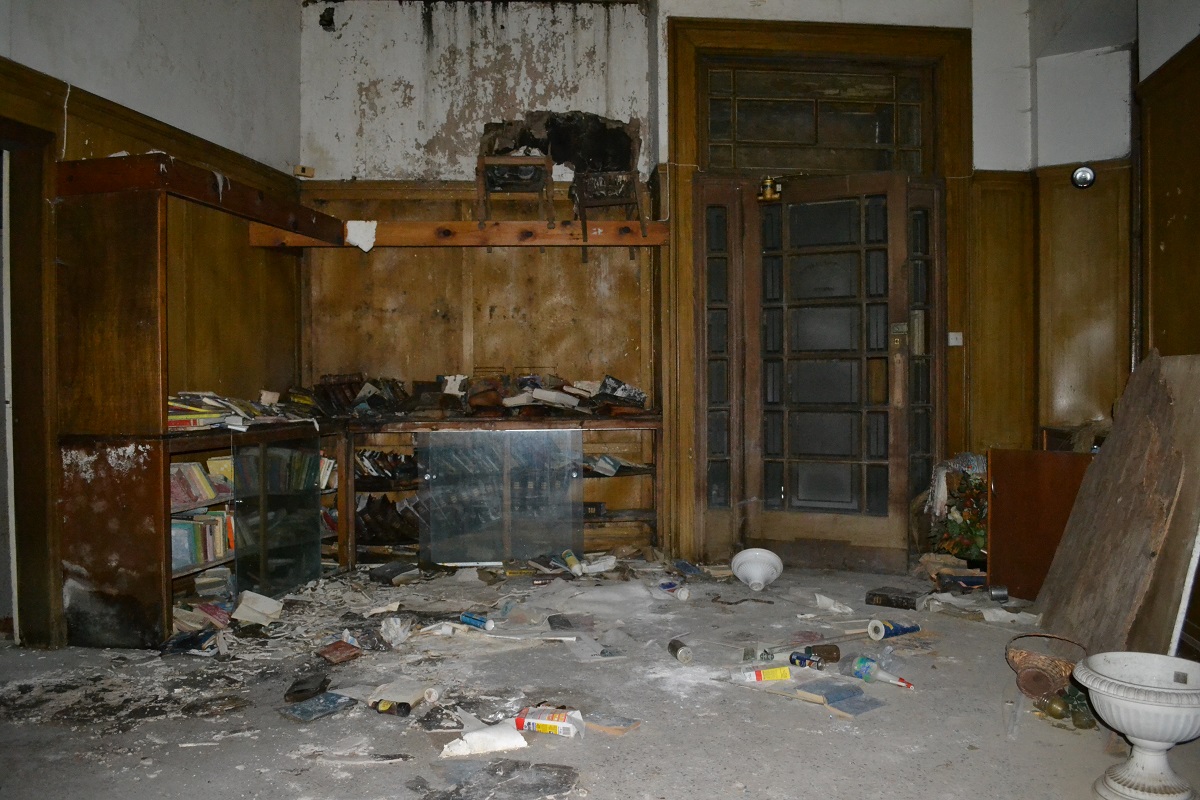 As with the other building, years of decay had taken its toll on the structure and the upper floors were extremely unsafe in places.

Bristol Mill was a complex of several buildings. They had been empty for several years when we visited, however the site had apparently just been sold, so redevelopment may now be imminent. 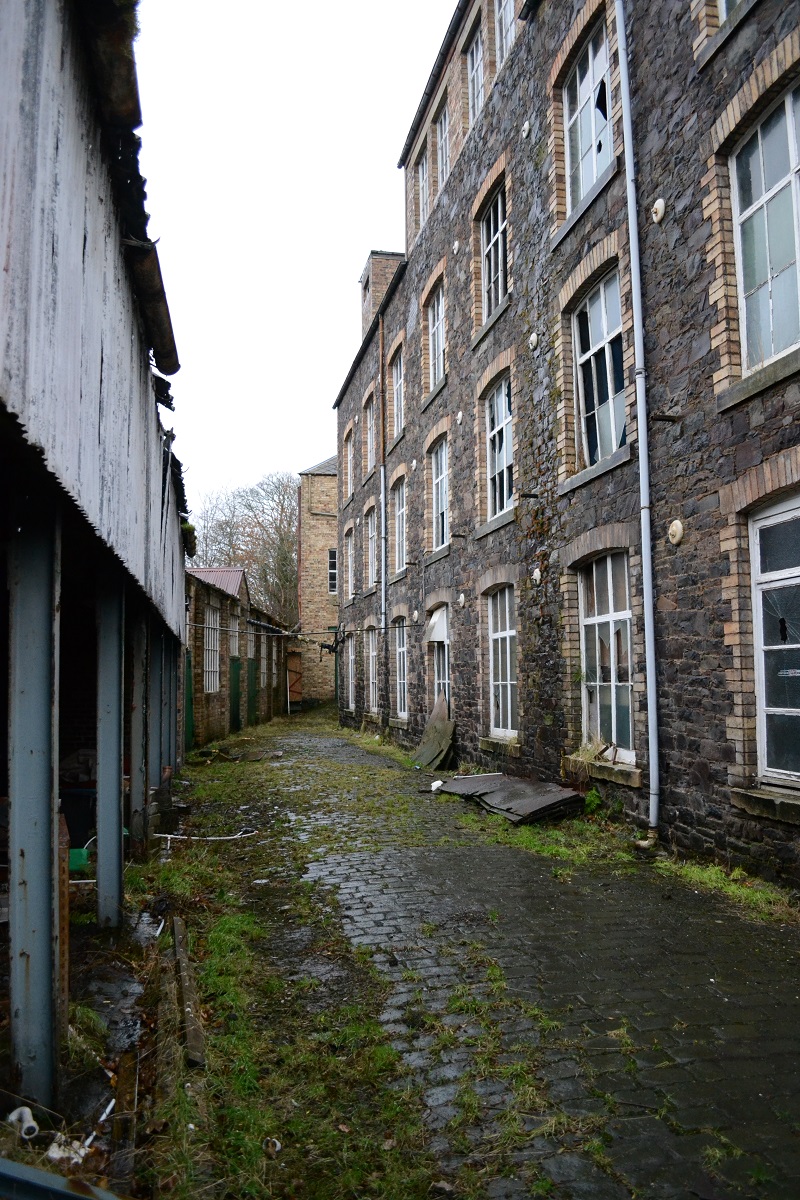 A narrow alley led down the middle of the site. On one side was the main spinning mill building, built of stone and rising several storeys high, with a large brick extension at one end and a scouring shed at the other. On the other side stood a row of smaller buildings, including a metal shed shed and the gate lodge. 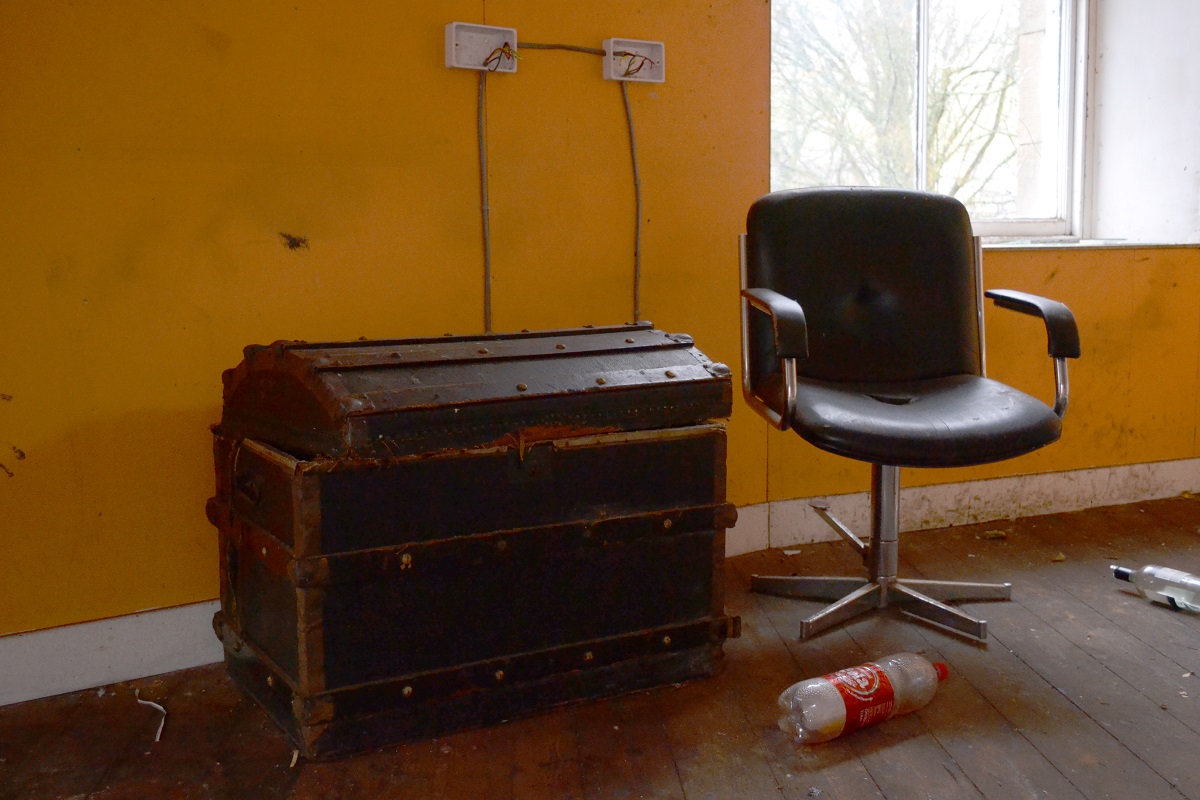 The gate lodge was a very small two storey house. Upstairs, looking incongruous next to a leather swivel chair, was this “treasure chest” (sadly empty). 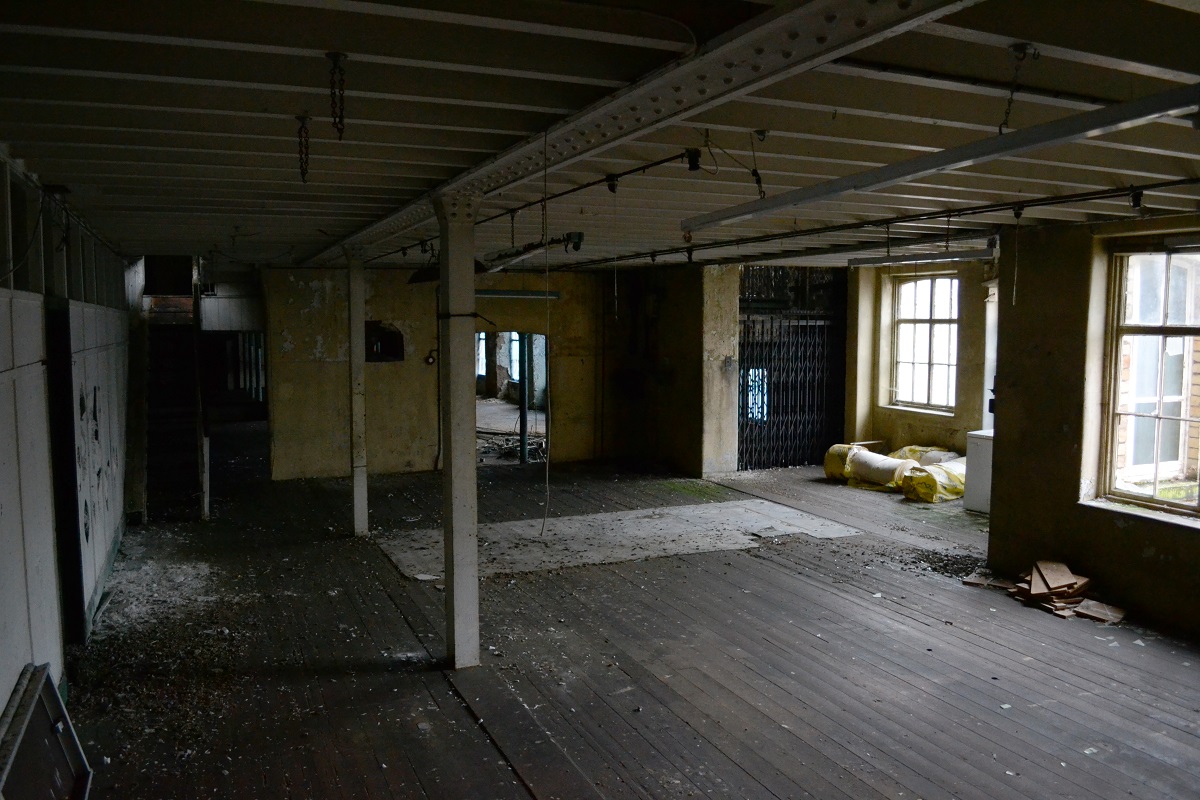 The stairs between ground and first floor of the main building had been removed, so accessing the upper floors necessitated climbing a ladder to begin with. There was also a lift shaft, with the lift car and cable still in place, along with metal safety grills blocking the openings on the upper floors. 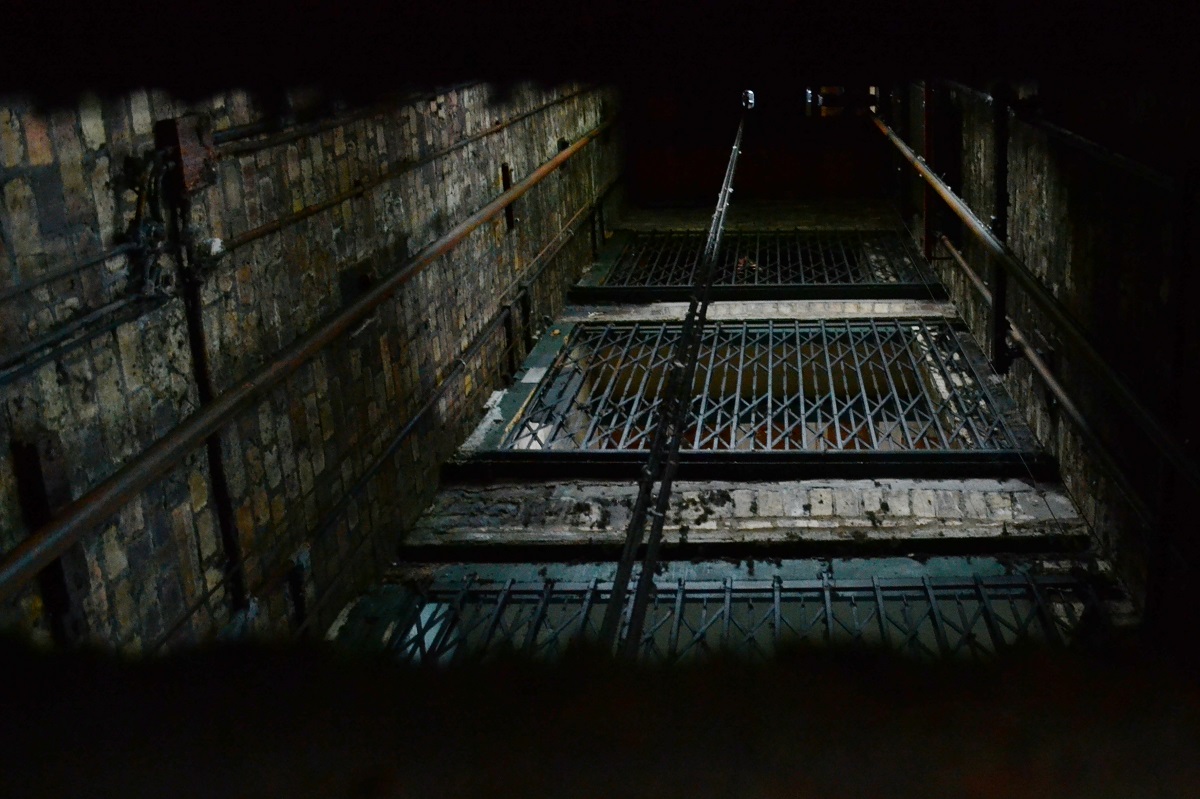 Most of the mill machinery had long since been removed, but in places remnants of it could still be seen. 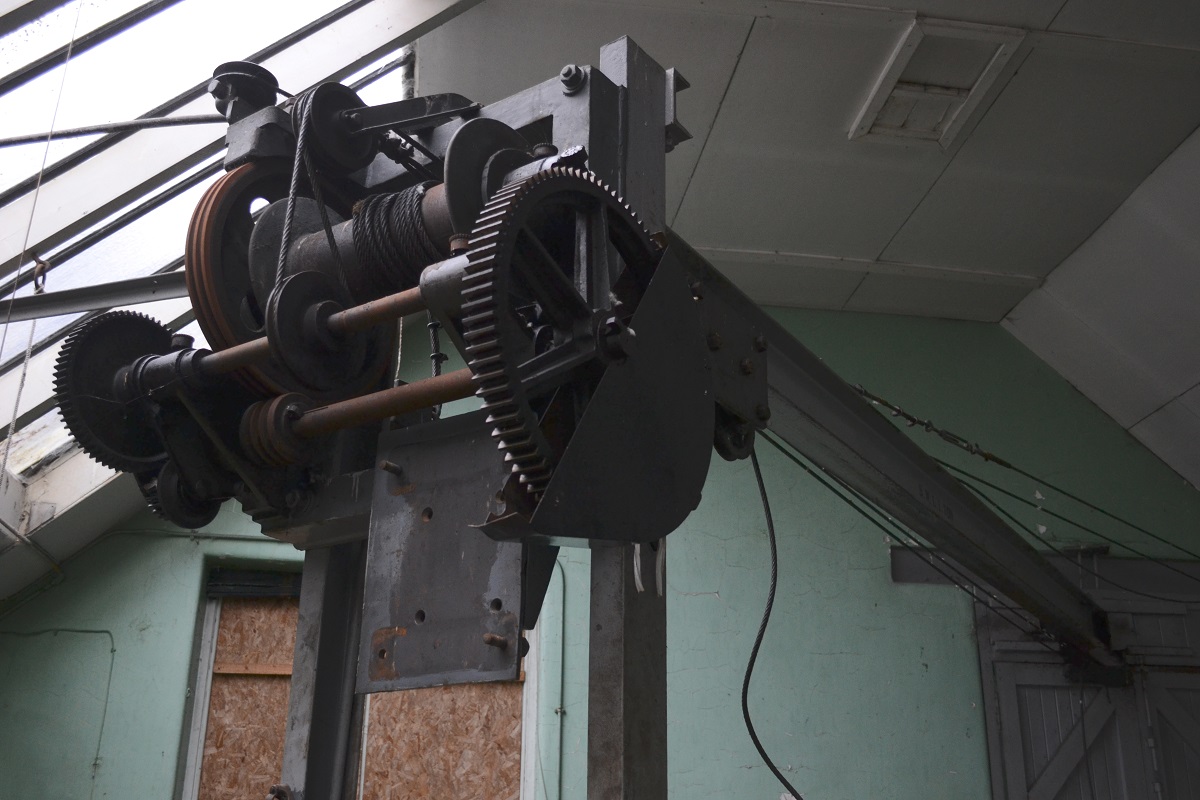 Update (September 2014): Much of Wilton Mills has now been demolished. The building with the castellated tower, and the “auction house” building are no more. I’m glad I got to see them when I did. The clock tower building is still there and a sign advertises it as for sale, so maybe it’s safe for the moment. Bristol Mill, which had apparently been recently sold at the time of our explore, is now advertised as for sale again as well.