I was disproportionately happy to explore this place. It’s not the most exciting of buildings, but there’s something nice about finally exploring somewhere you’ve had your eye on for a while. I first noticed the boarded up farmhouse a few years ago when walking round Cammo estate, but it was a couple of years before Mari and I managed to gain access inside. 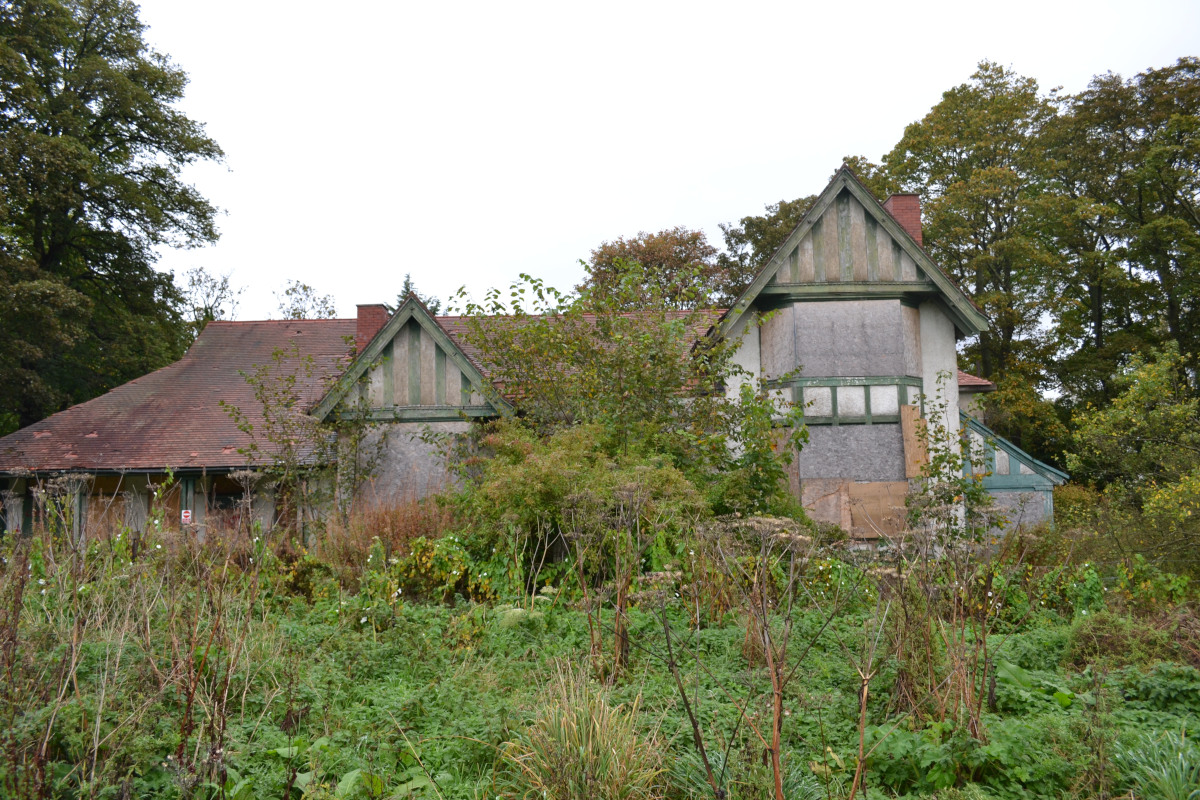 Unfortunately a couple of locals saw us entering the building, so I ended up running round it snapping photos of everything as quickly as I could in case they’d called the police on us or gone home to get their pitchforks. As a result, quite a few of my interior photos didn’t come out well. I went back a few weeks later for another try but the house was sealed up again by then. 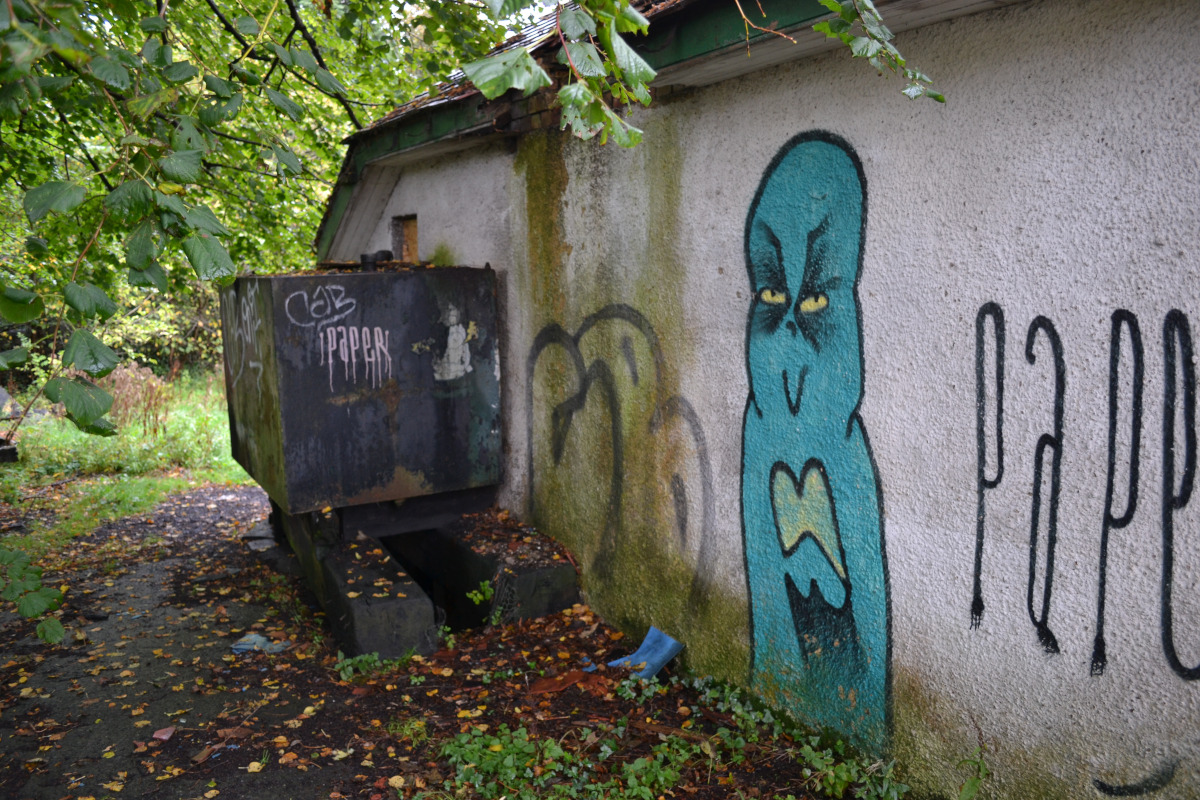 Originally built as a golf clubhouse in the 1900s, the building was converted to a farmhouse in the 1950s and abandoned in around 2005. It also has a number of outbuildings in various states of disrepair. 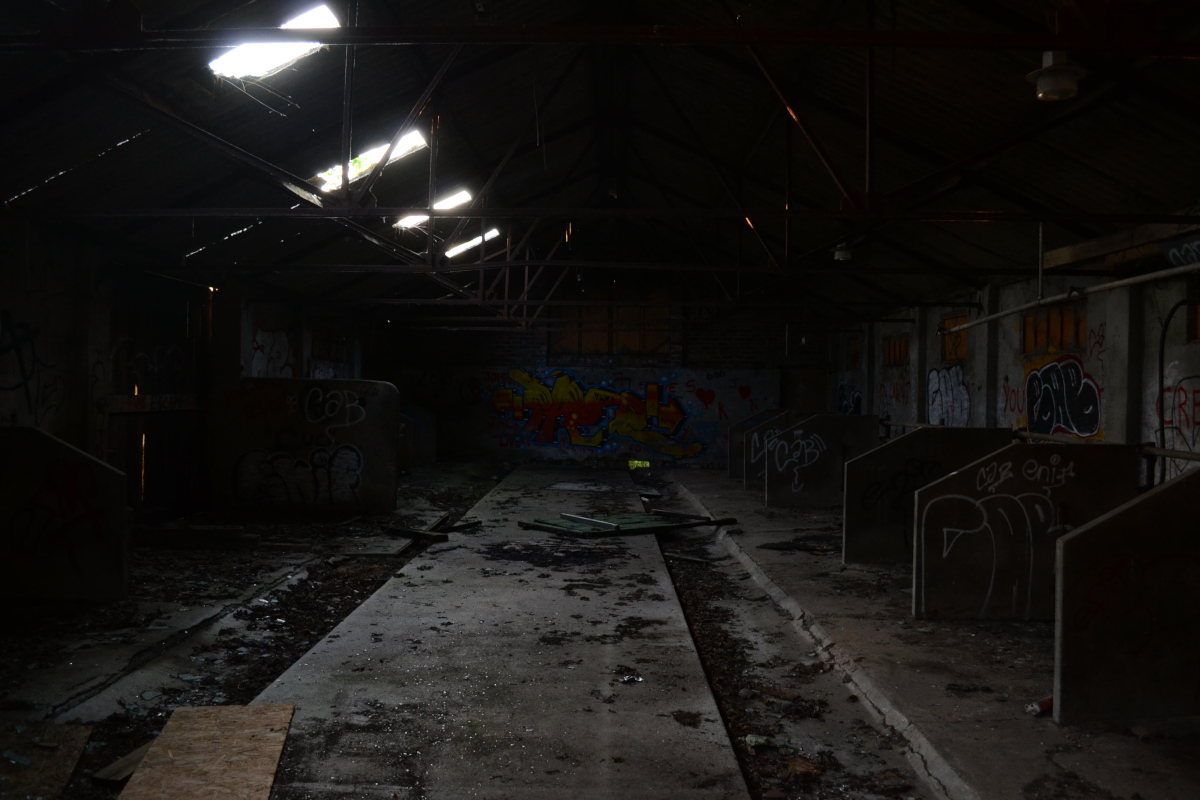 The house is mostly empty inside now, but a few items of furniture still remain, including the cast iron stove in the kitchen. The years of dereliction have taken their toll on the structure, with floors and ceilings collapsing in many places. 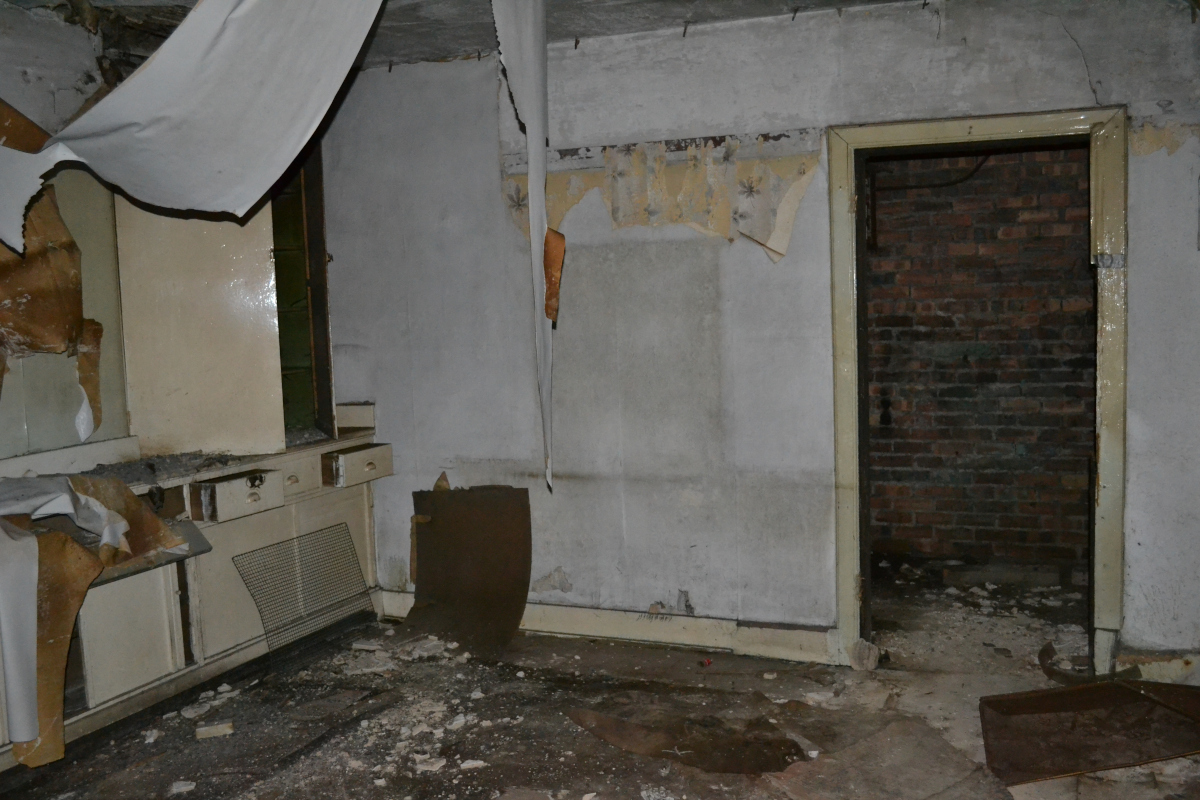 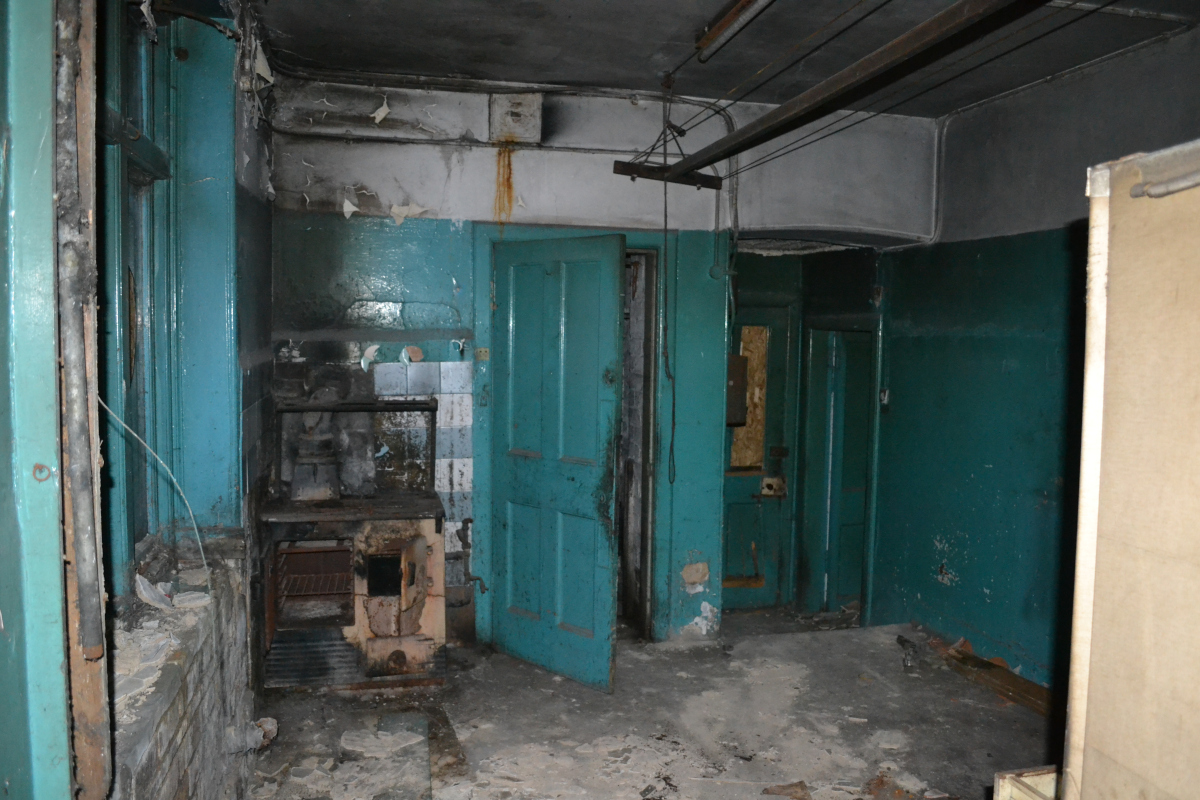 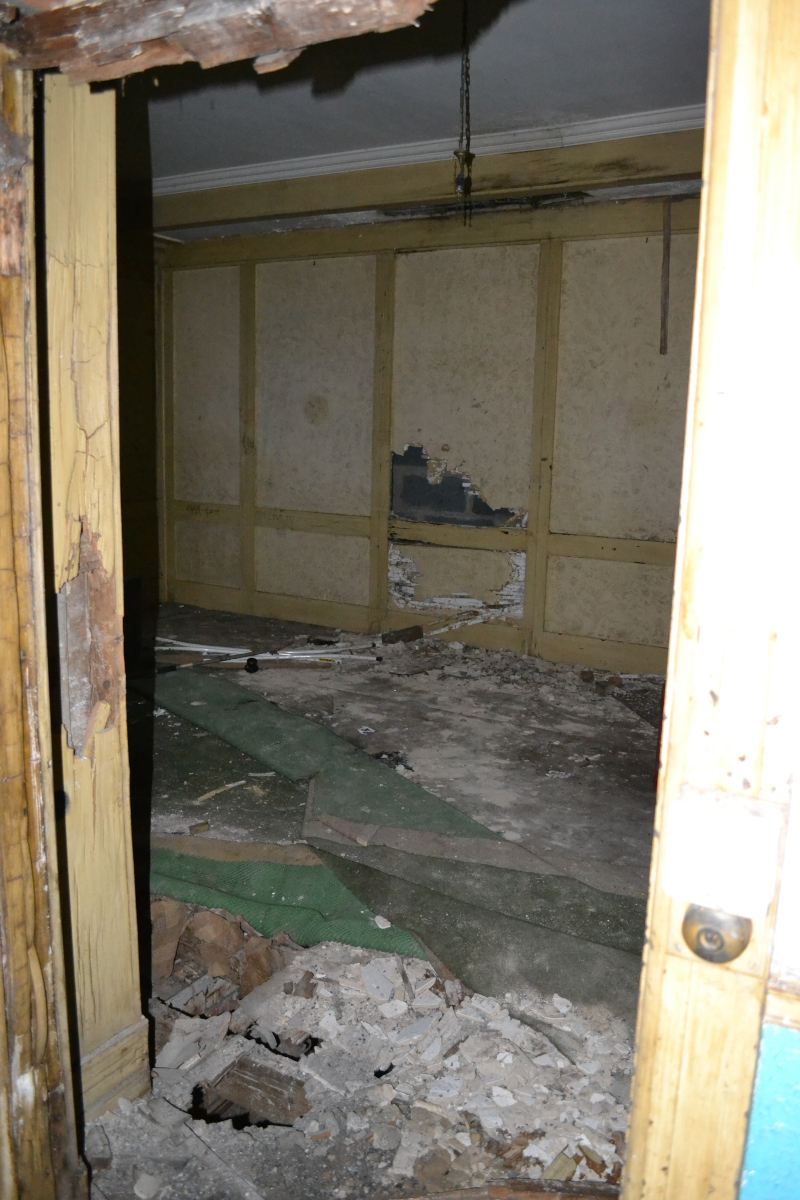 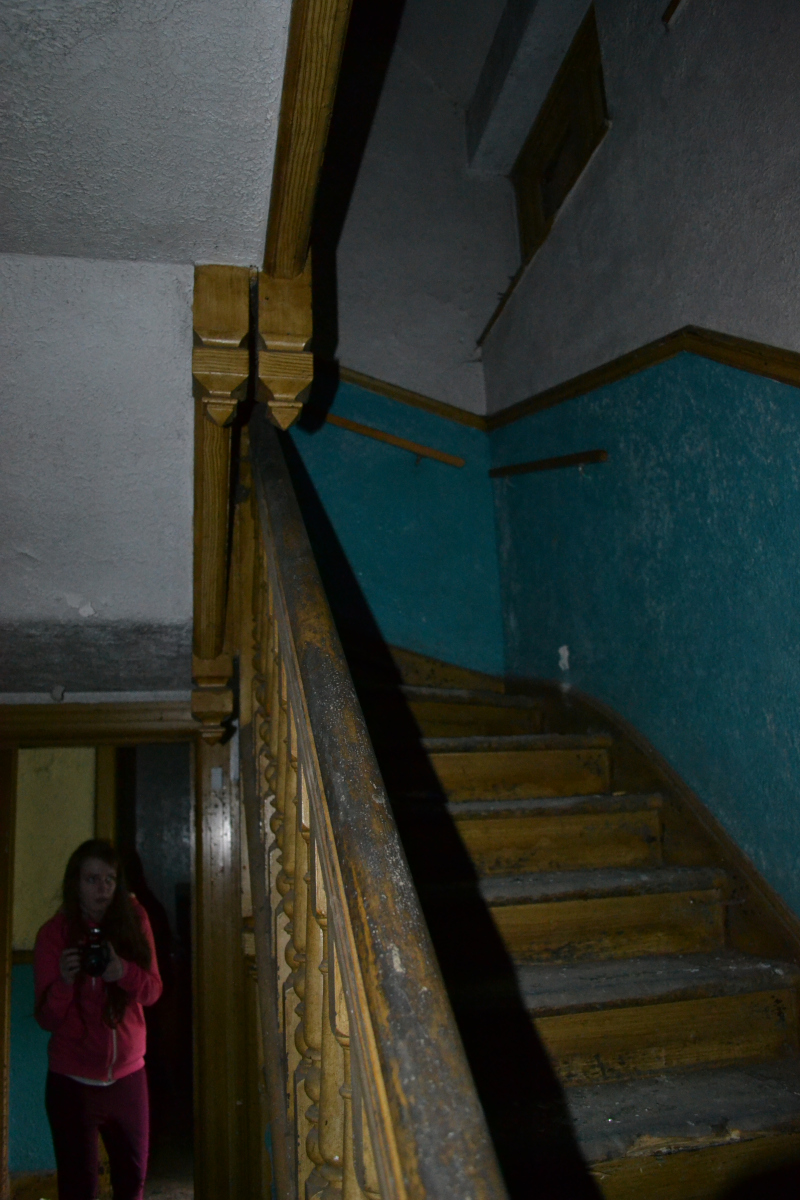 Update (October 2015): part of the farmhouse (the top of the tallest section) has now been removed. I guess it must have been getting into too dangerous a condition. It’s a shame as it was a nice building.