After Kelvindale, I couldn’t wait to explore more tunnels. On a wet day between Christmas and New Year 2012 I headed up to Glenfarg south of Perth with Laura to check out the two tunnels there. They did not disappoint! 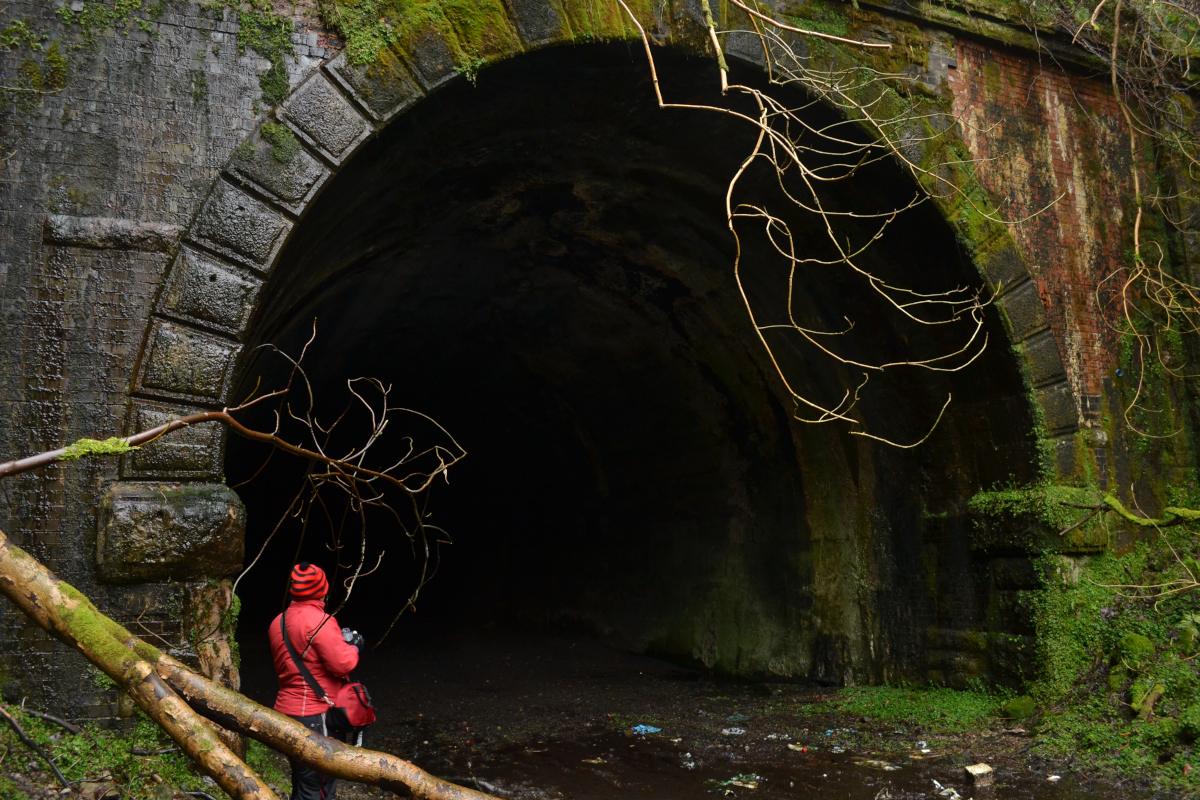 The current railway lines from Edinburgh to Perth take quite circuitous routes, but it wasn’t always this way; a more direct line existed until it was closed in 1970. Much of this route is now lost beneath the M90 motorway, but just northeast of the village of Glenfarg where the M90 took a more direct line, a short stretch of the trackbed still remains. This includes two long tunnels under the hilly terrain, as well as a viaduct across the River Farg.

Approaching from the south end, the viaduct across the river leads straight into Glenfarg South tunnel. 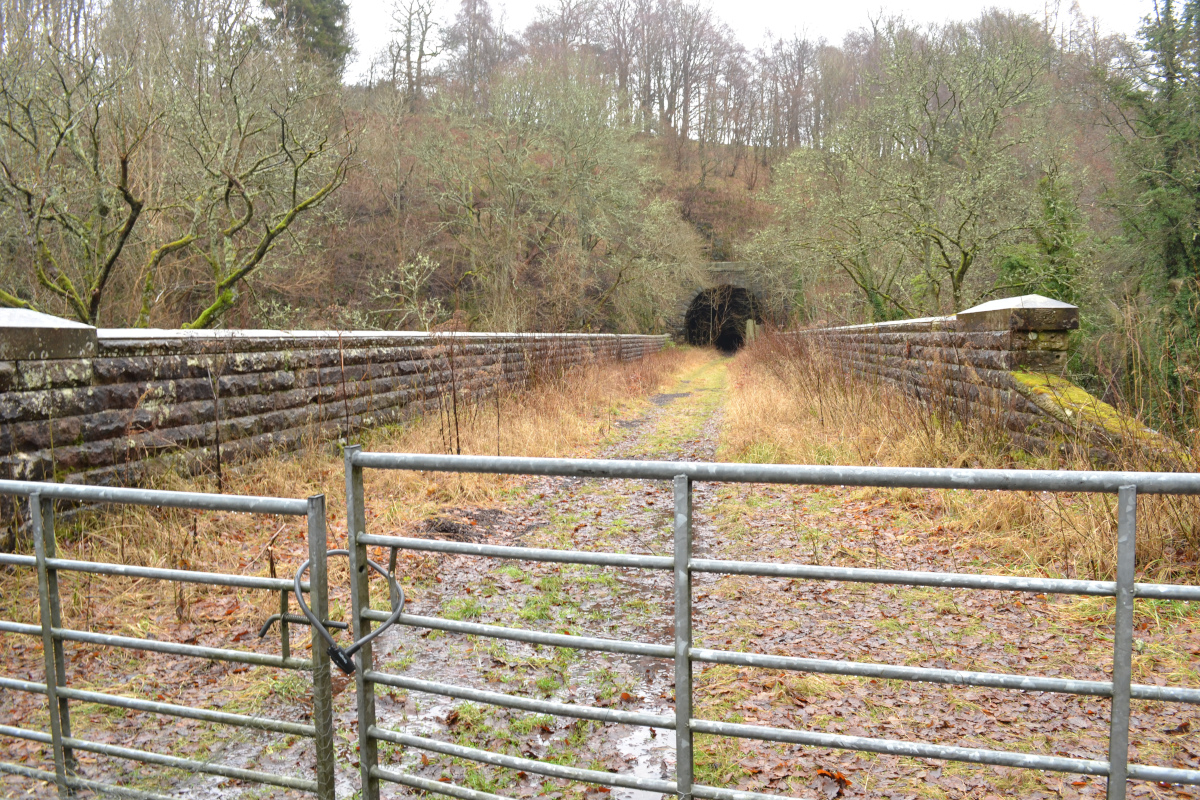 The south portal appears to have been fenced up at some point, but was wide open when we visited. A little way inside lies the burnt-out remains of a car – possibly a Vauxhall Cavalier, though it’s hard to tell for sure. 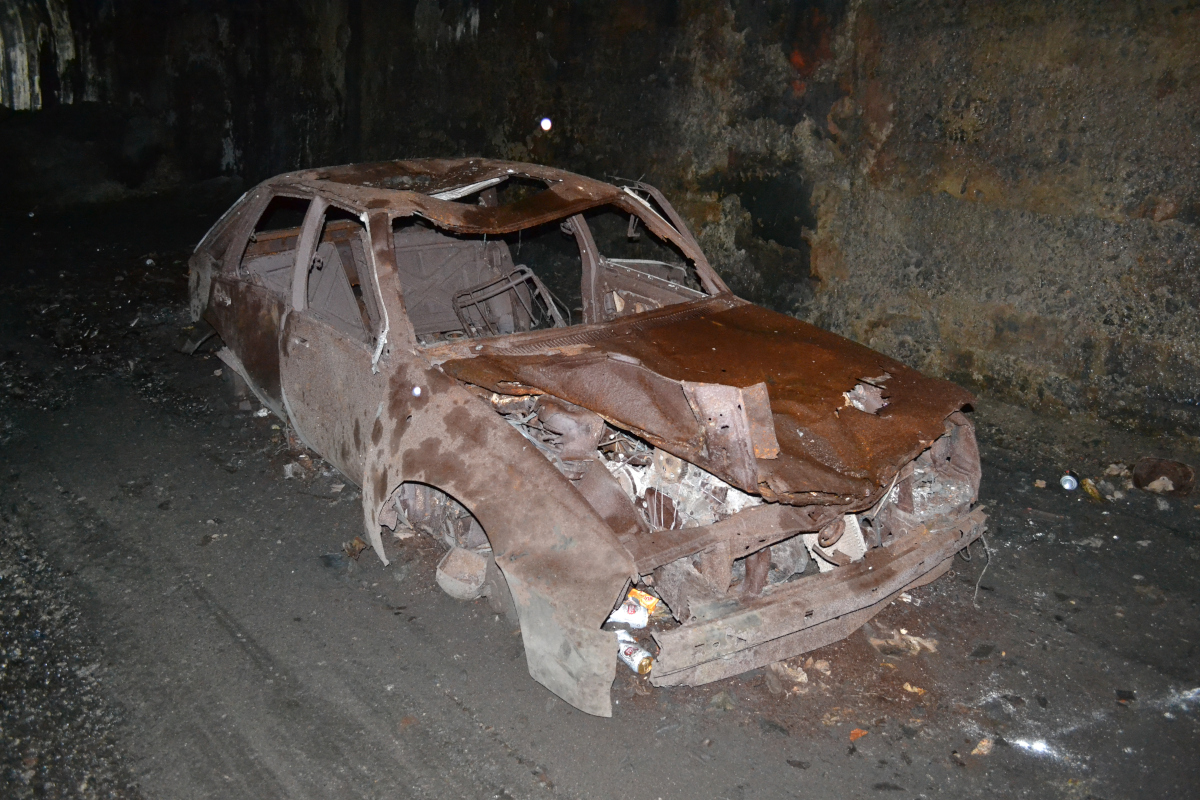 At roughly 500 yards each, the tunnels are long enough and curved enough to be very dark in the middle. This was a double track line, built to express standards, so the tunnel bores are quite spacious. The lining appears to be concrete in places, brick in other places. 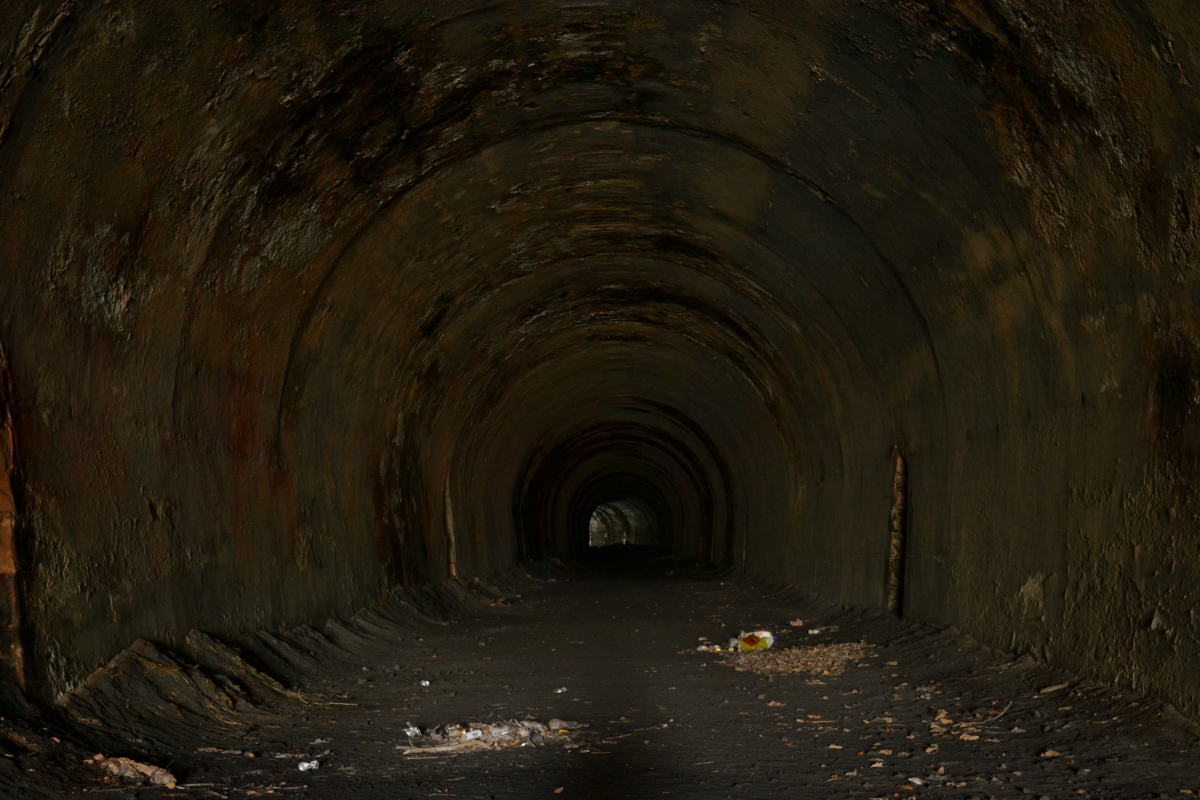 At the far end of the south tunnel, the line emerges into an overgrown cutting, spanned by a high arched bridge. Rather than navigating the wild and muddy conditions to get to the north tunnel, we elected to walk back to the car and drive round to the other end instead. 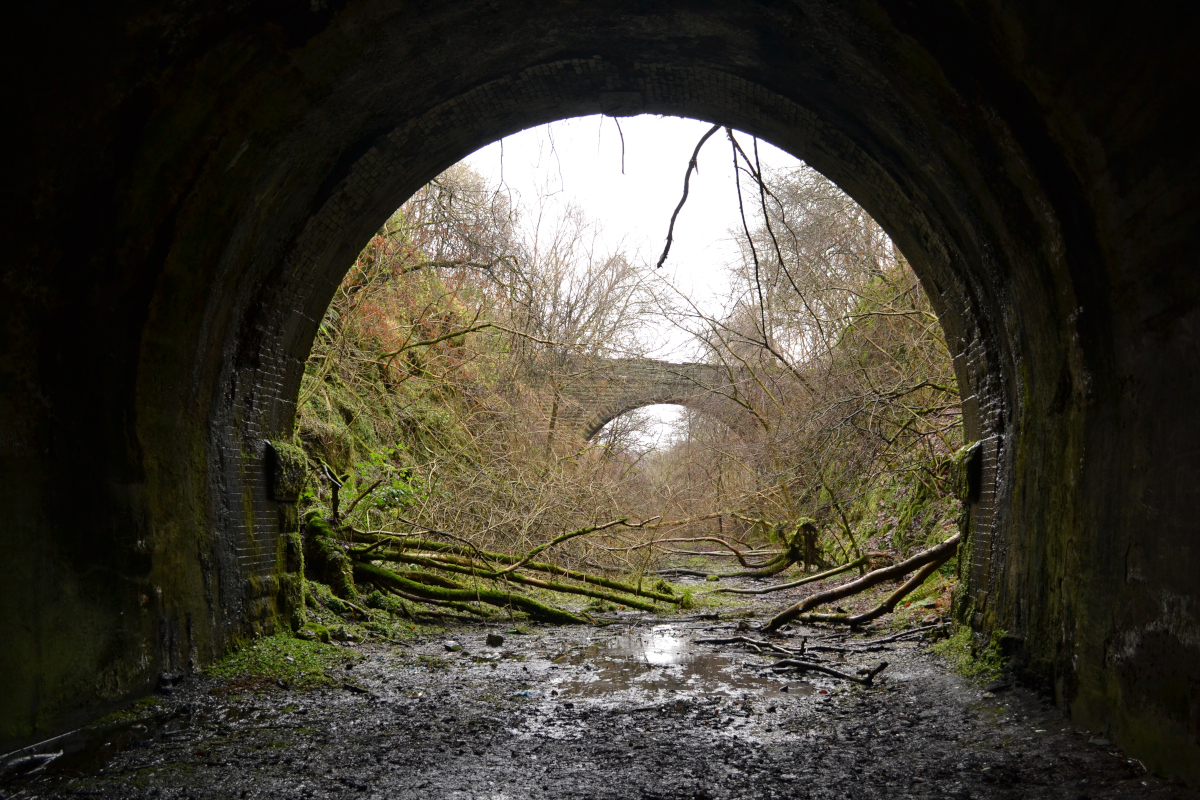 The north tunnel is roughly the same length as the south one. Inside were some piles of abandoned farm equipment. 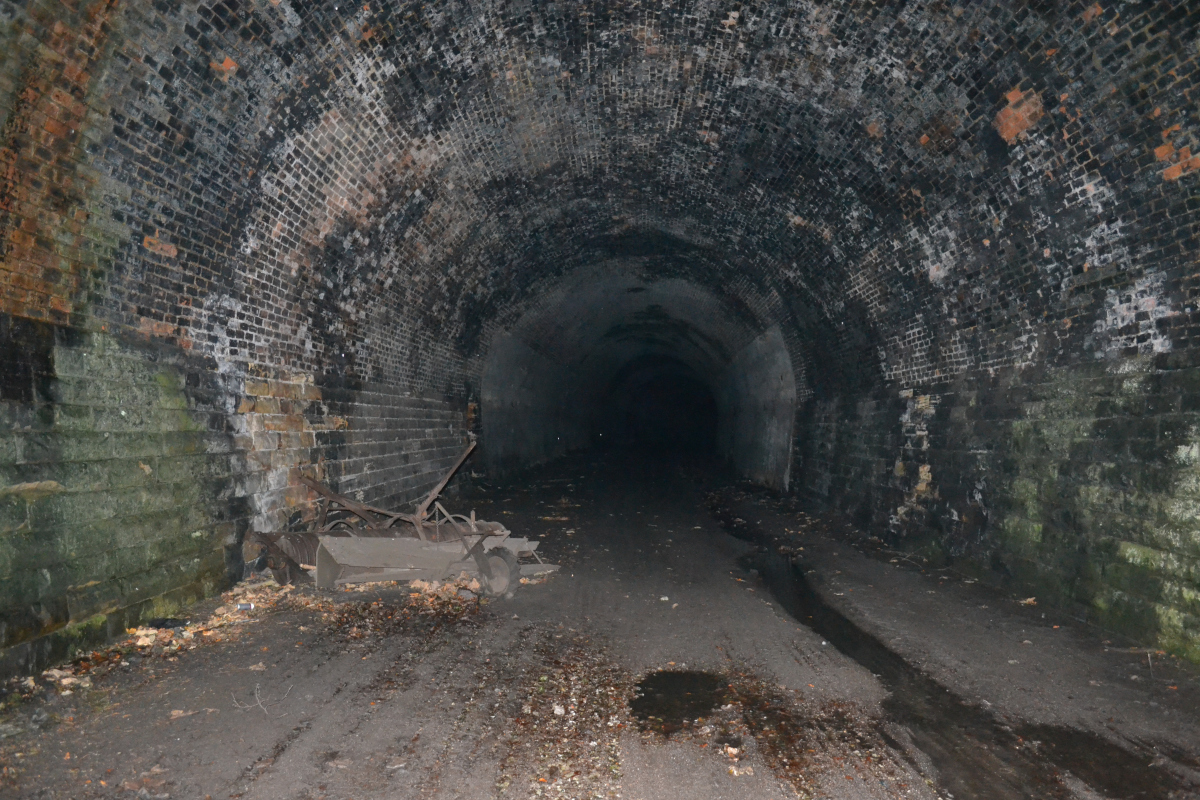 There was not much graffiti in either tunnel, maybe a result of their remoteness, but I did notice a few patches. 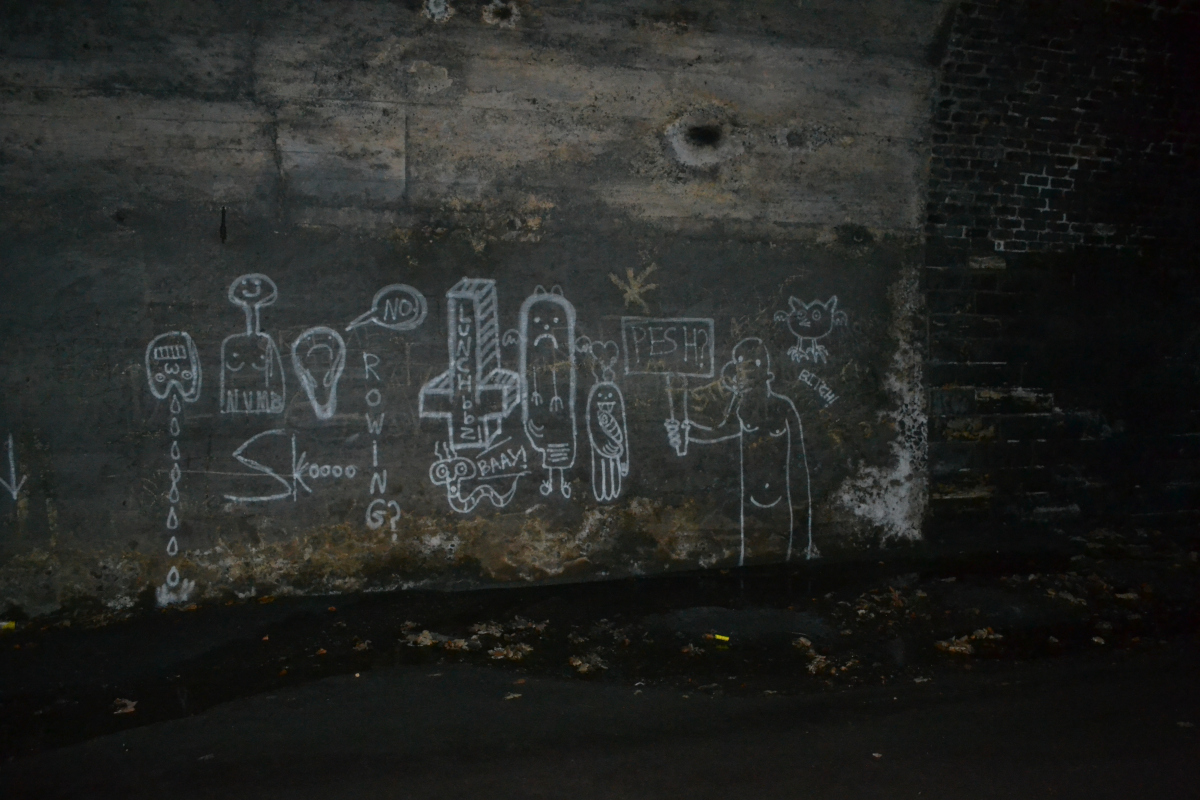 In the middle of the north tunnel I took my first “ghost” photo… a strange mist with an almost face-like patch at the top appeared in one photo, but was completely absent from a photo of the same place a few seconds later! Probably just my breath being illuminated by the flash, but still quite creepy. 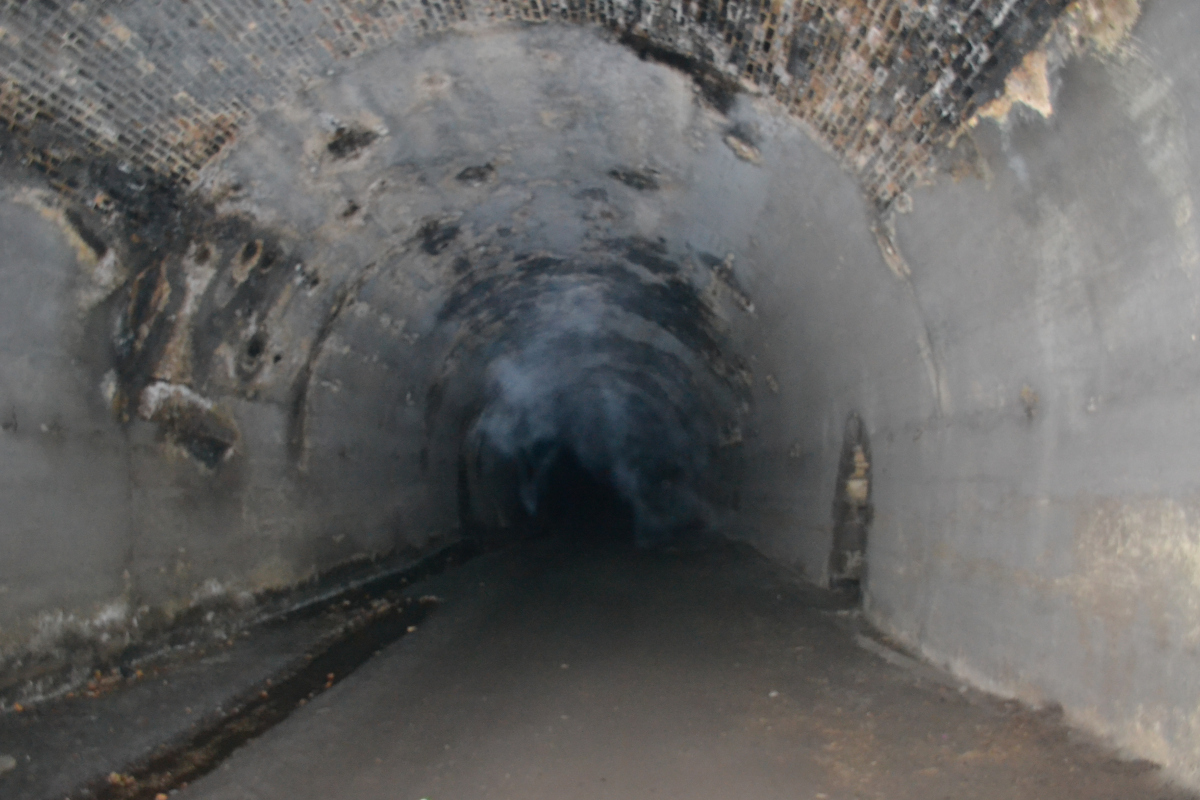 There has been talk of reopening this line to provide a faster link northwards from Edinburgh. While the tunnels and viaduct appear to still be in good condition, routing around the sections where the motorway has been built over the trackbed would surely be a mammoth task.