We decided it was too long since we’d gone round a remote, deserted hospital and it was about time we did something about that (actually it wasn’t very long at all as we went back to Bangour a few weeks ago to look round the other half, but I didn’t blog about it as we didn’t see anything very interesting this time that we hadn’t already seen). So it was off to Rosslynlee, with a quick stop at Loanhead on the way. 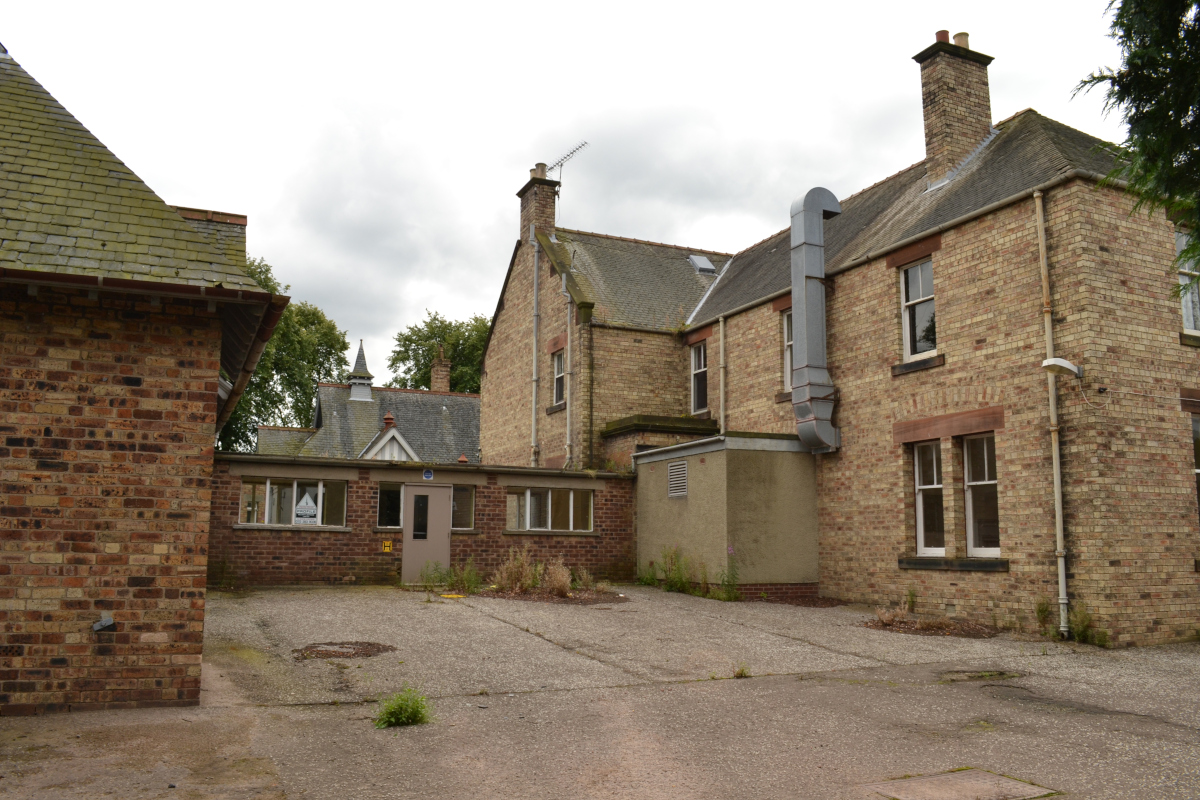 Loanhead Hospital closed more recently. It was small and not particularly interesting – just very empty looking. Empty, that is, apart from the security guard who came out to see what we wanted. He didn’t seem to mind us wandering round taking photos as long as we kept away from the places where loose tiles might fall on us.

Rosslynlee was a lot more imposing. 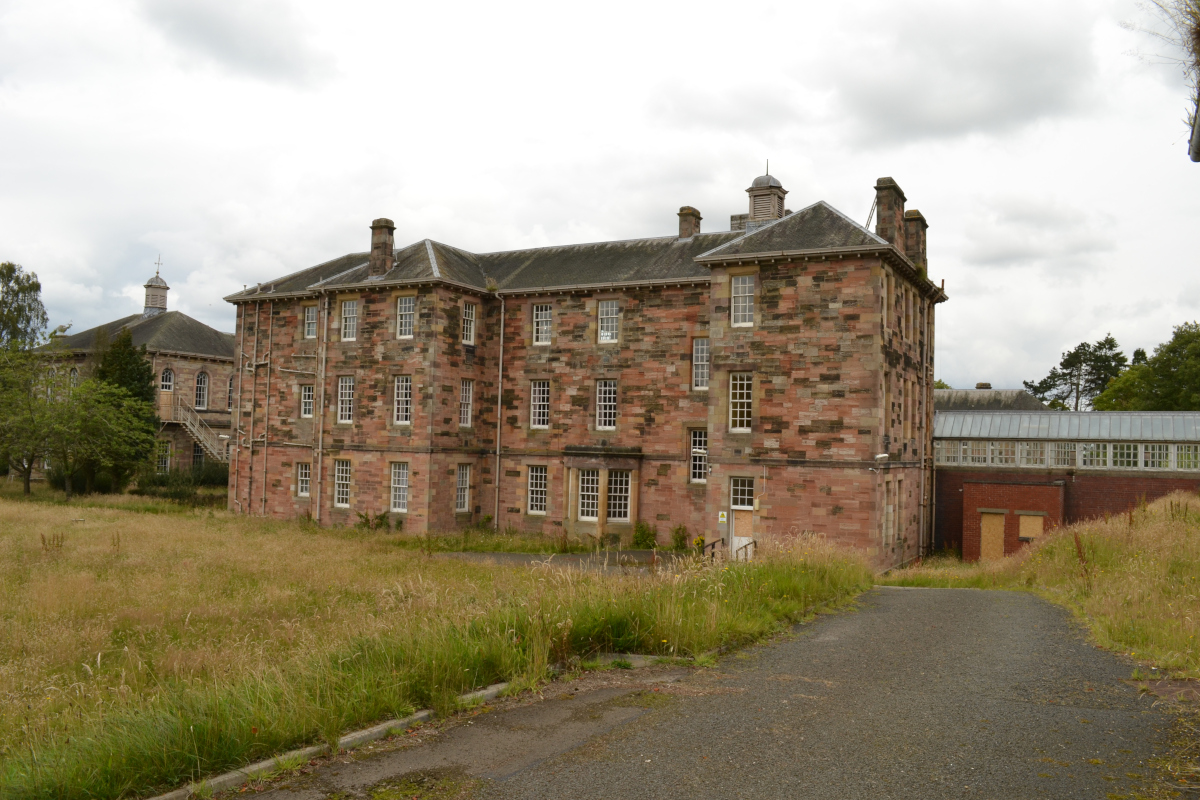 An off-the-beaten-track mental institution like Bangour, it closed at the end of 2010. The impressive main building was in better condition than any of Bangour’s – apart from being deserted and very empty inside, much of it didn’t even look particularly abandoned. There were, however, a few boarded up windows and doorways, and some stray pieces of hospital equipment lying around in the grounds outside. In places it looked as if someone had stacked them up and tried to burn them. 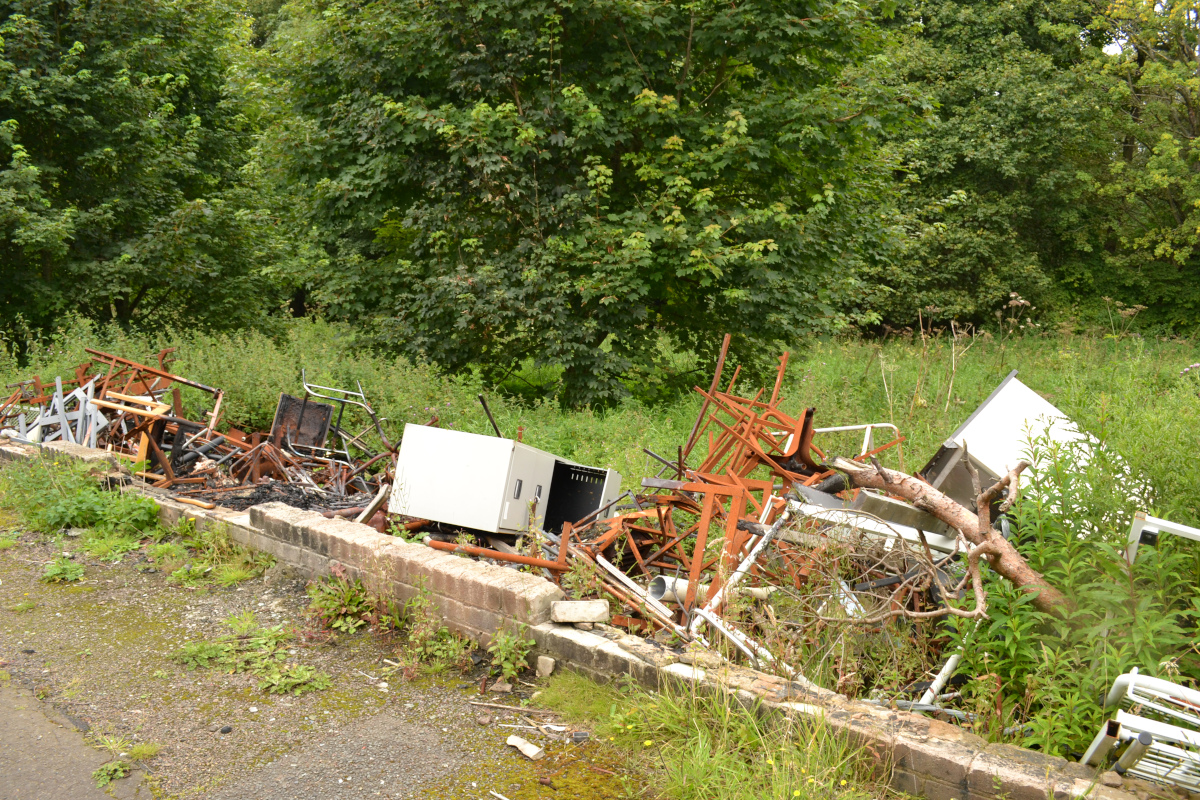 The glass walkways joining the sections of the building were particularly nice. 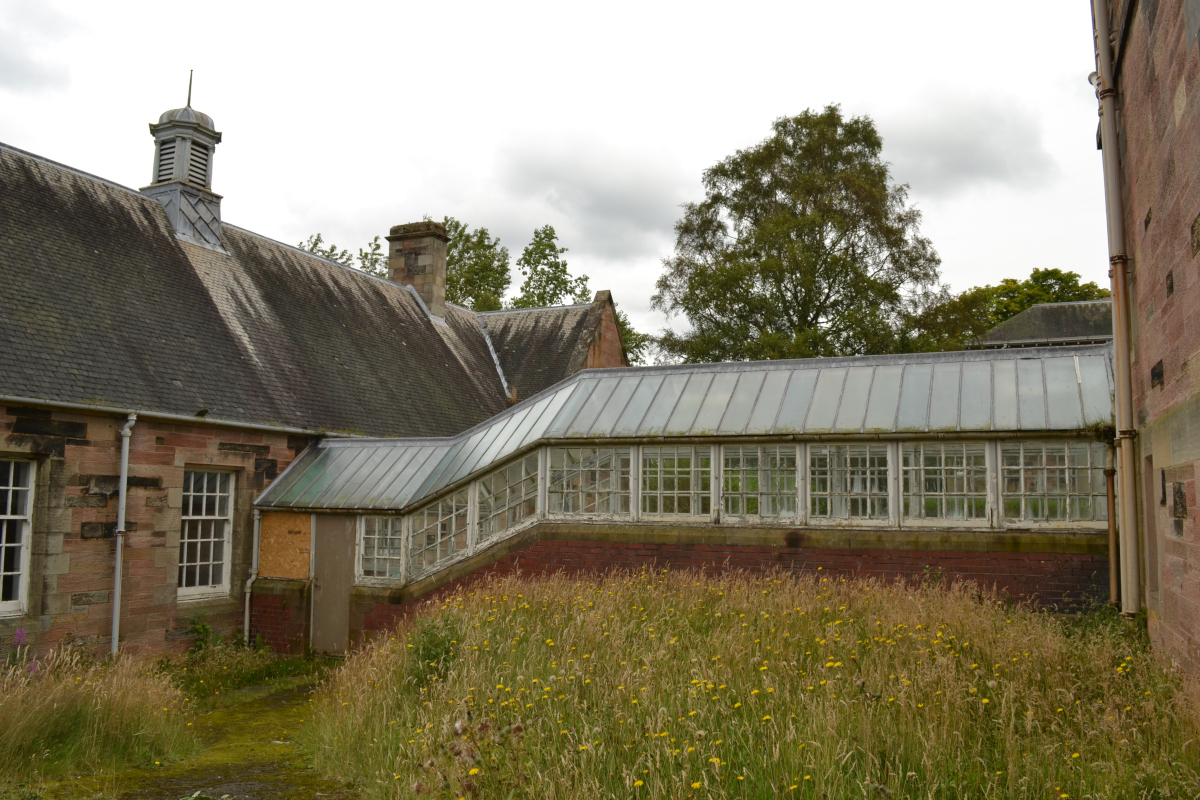 As at Bangour, there were security guards on site. There are apparently also CCTV cameras and alarm systems monitoring the main building, so we didn’t try to get inside.

The outbuildings, though, were a different story. 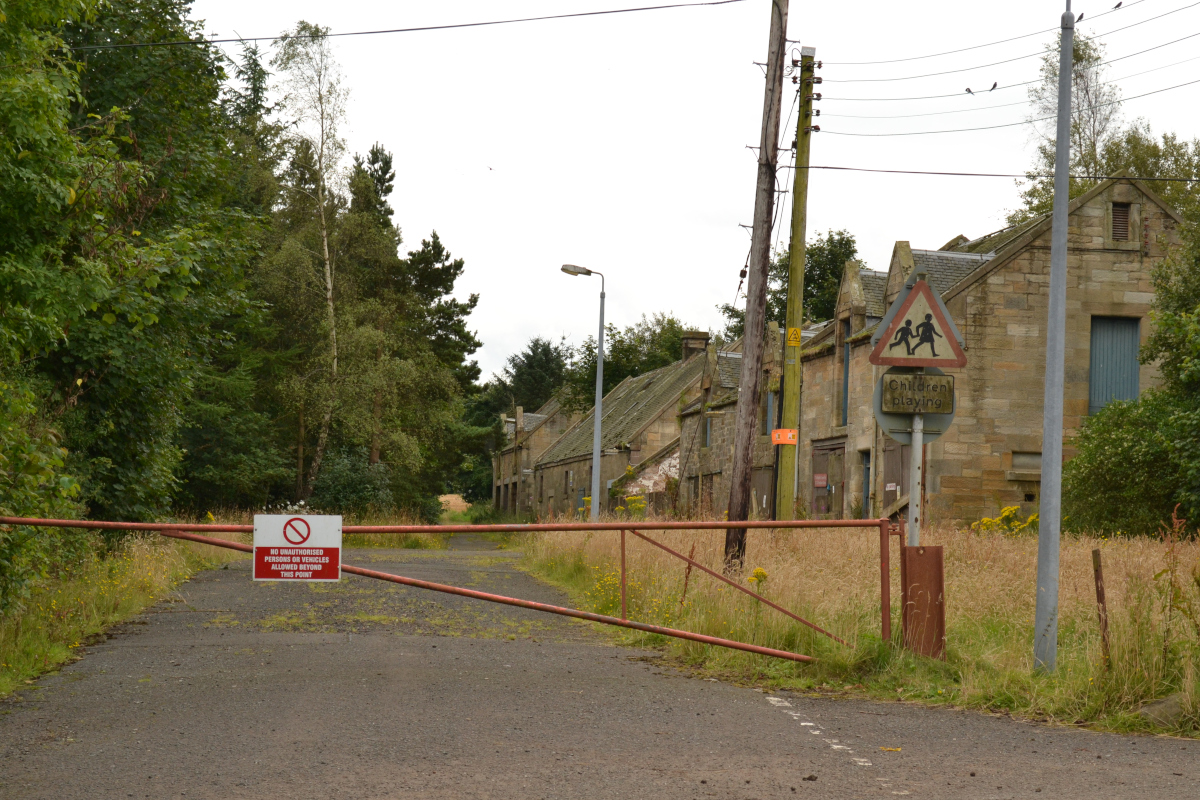 To the south of the hospital itself, two streets of buildings have been essentially abandoned and left to rot. Many of these once housed hospital staff; others looked as if they might have had more interesting functions but it was hard to tell exactly what. 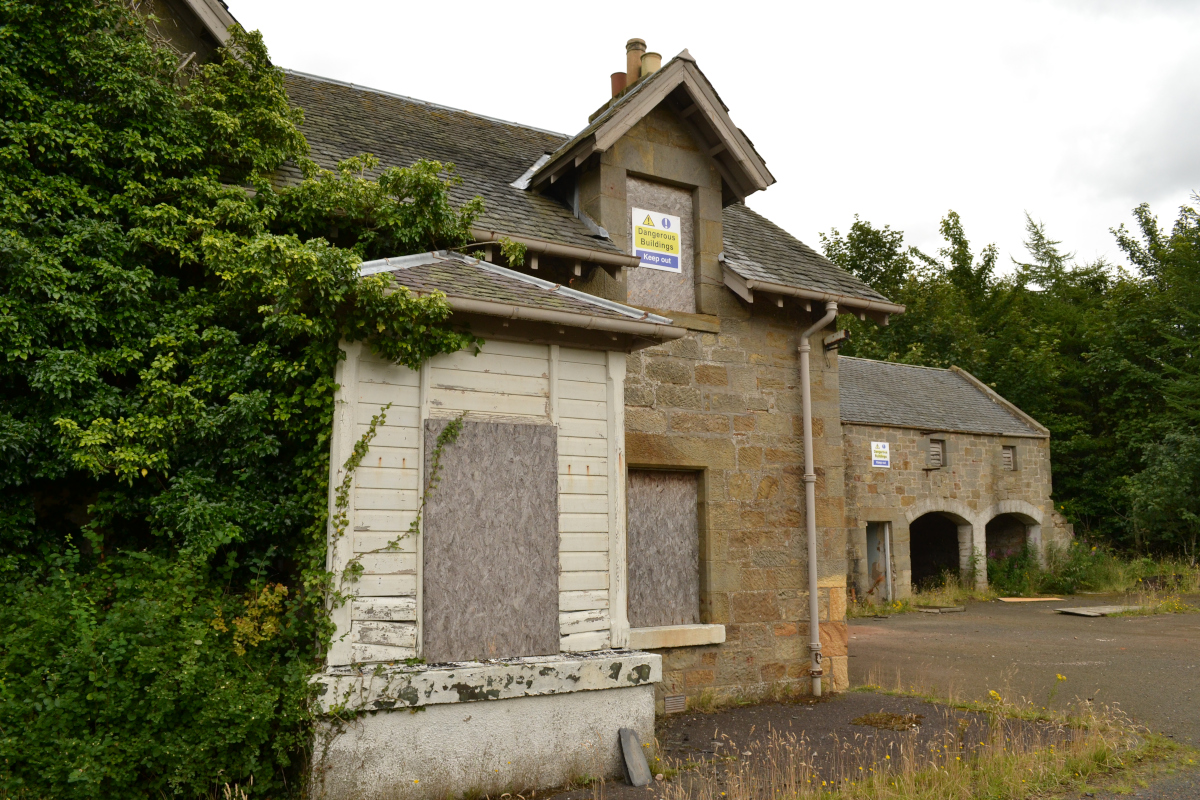 Some of the houses looked mostly structurally intact, though a bit of a mess inside. 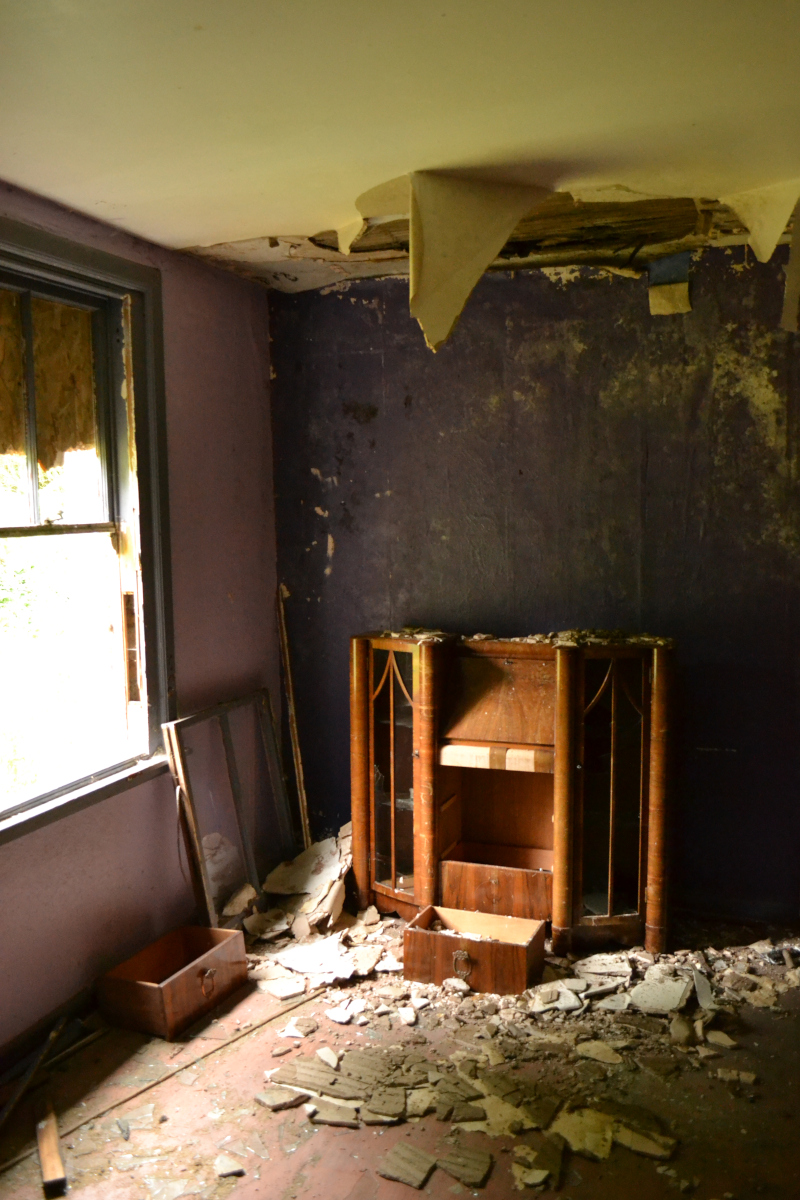 Others were on the verge of collapsing completely. 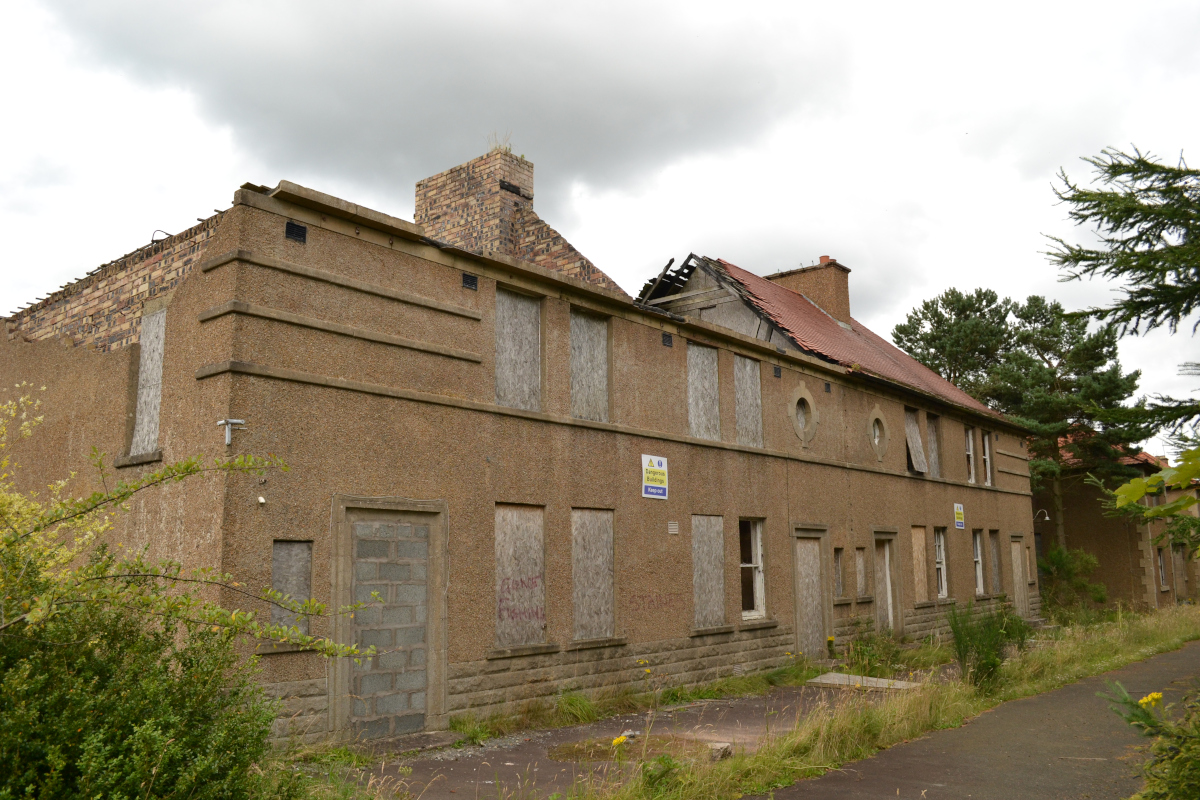 The place had a very strange feel to it… the closest I’d felt to walking around an actual ghost town. At the far end, this silent, abandoned swing frame was being engulfed by the long grass, a fitting partner to the rusting “Children playing” sign we’d passed on our way in. 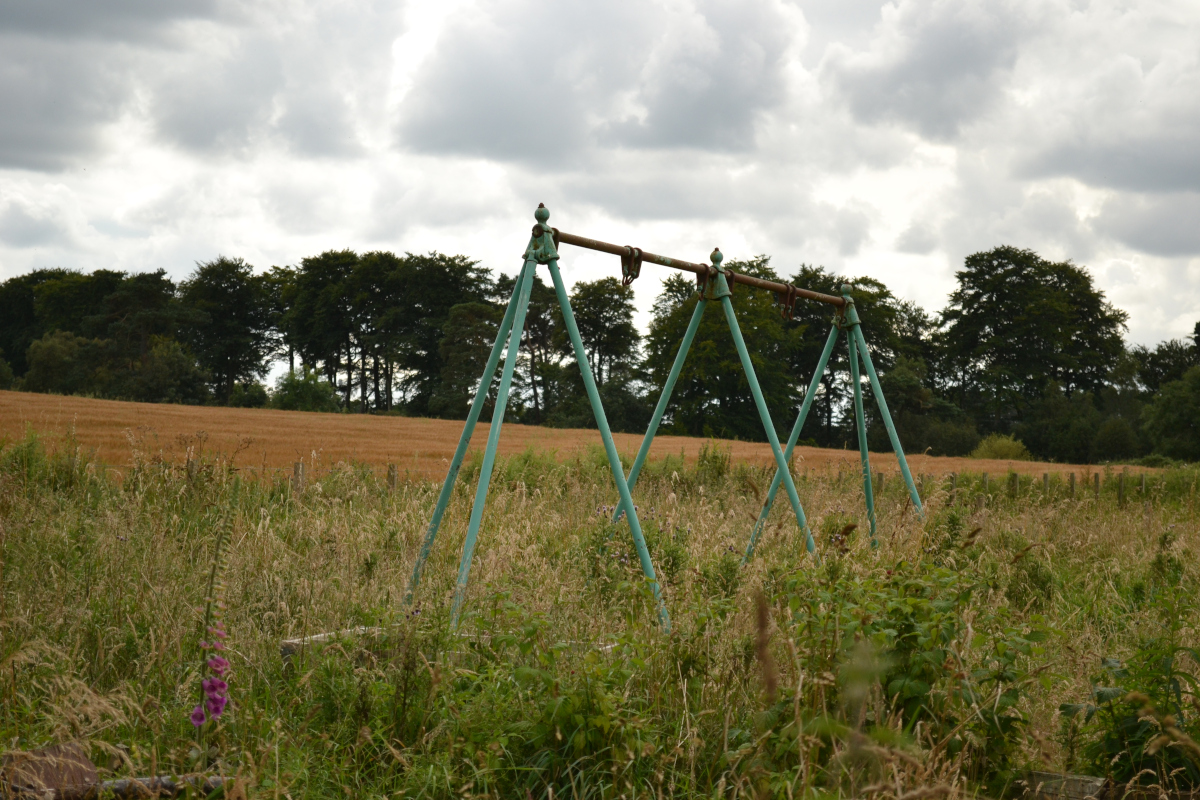