Being Scotland’s biggest city as well as the most industrial, it’s not surprising that Glasgow has more disused railway tunnels running under its streets than anywhere else in the country. But what is perhaps surprising is the place with the second most: it’s not Edinburgh (though that does have some very nice tunnels), or Aberdeen, or Dundee… but Greenock, which has nine of these hidden subterranean passages running underneath it. (Incidentally, it also boasts Scotland’s longest live railway tunnel, Newton Street, over a mile long with no intermediate stations). 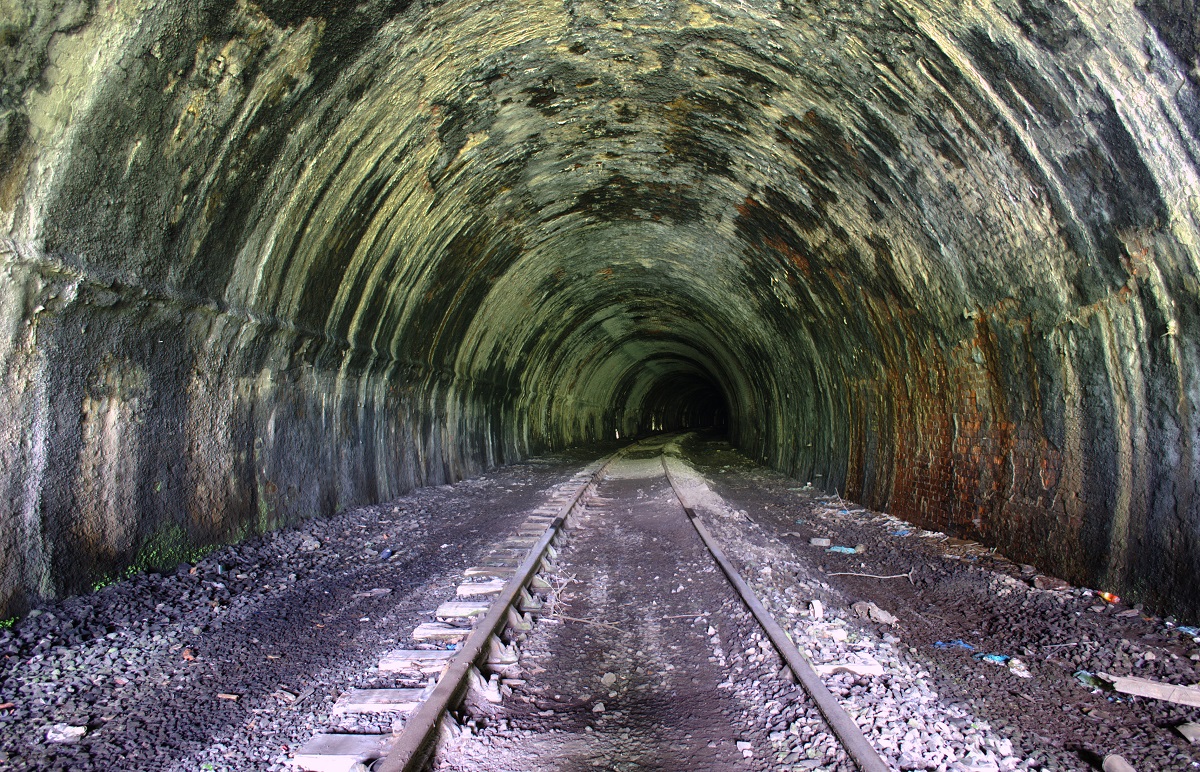 Most of Greenock’s abandoned tunnels are on one line: the Princes Pier branch, originally built in 1869 as a double track railway to connect up with passenger steamers on the Clyde. It was taken over by the Glasgow and South Western Railway, one of Scotland’s “big 5” railway companies, soon after opening. Princes Pier Station itself was an impressive building, but it was closed in 1965 and the site is now a large container terminal. For a while, the branch line was used to take goods to and from the terminal – the double track had to be relaid as single so that the larger freight trains would fit through the structures. Complete closure came in 1991, and nature is now taking over after almost 25 years of dereliction. I’d been meaning to take a look for months, and I finally got around to it in late July.

Close to the main line at Cartsburn, this fine six arched viaduct takes the branch line across a dip in the terrain. 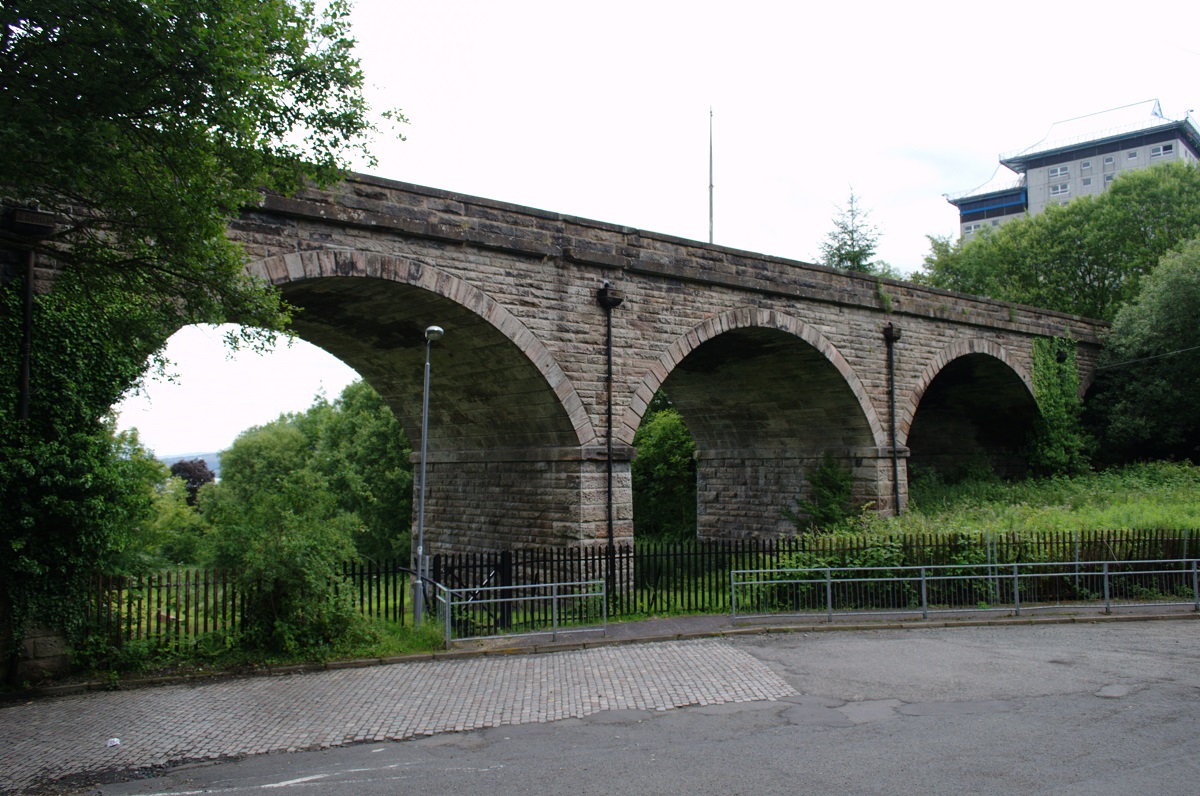 The top of the viaduct looks very tidy as if it has seen recent maintenance work. 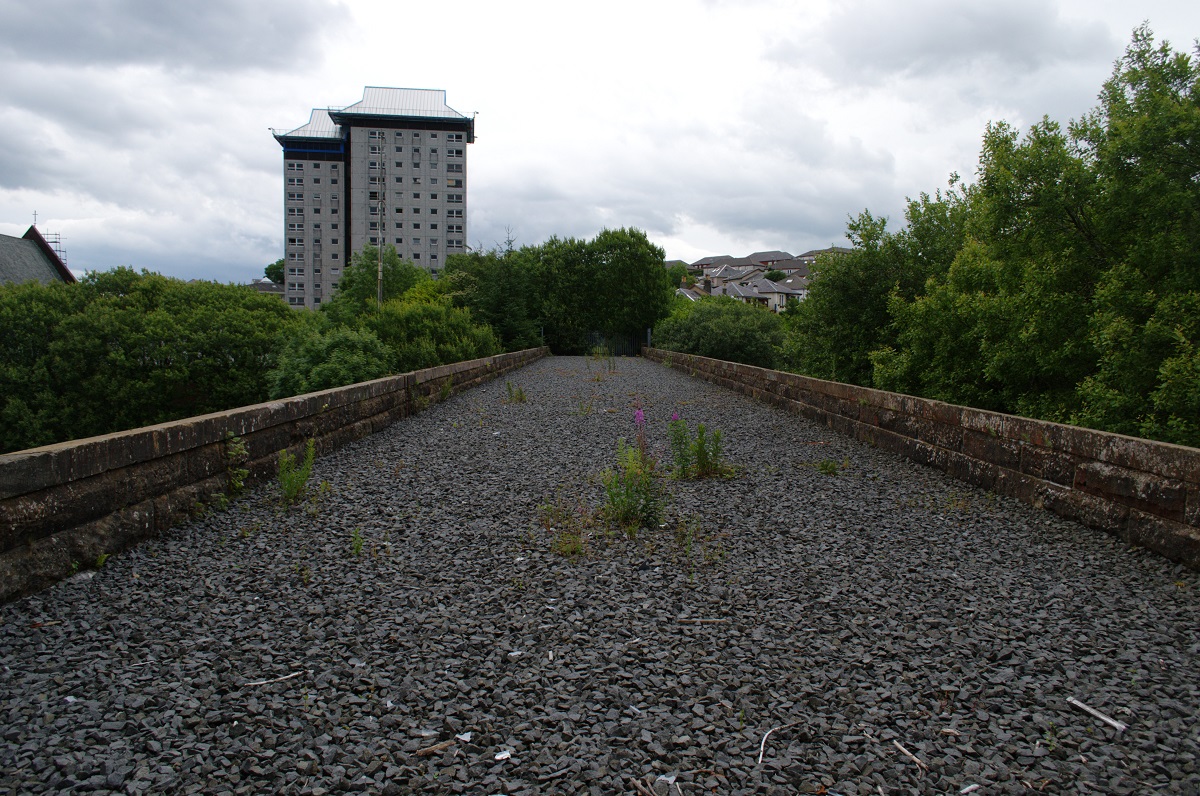 The Princes Pier line has one unusual feature that makes it different from most of the disused railways I’ve walked: the tracks are still down for most of the length. Although most of the route is now so overgrown that it would be impossible to mistake it for a working railway, that’s not the case inside the tunnels – they must look pretty much as they did when the line was still in use. 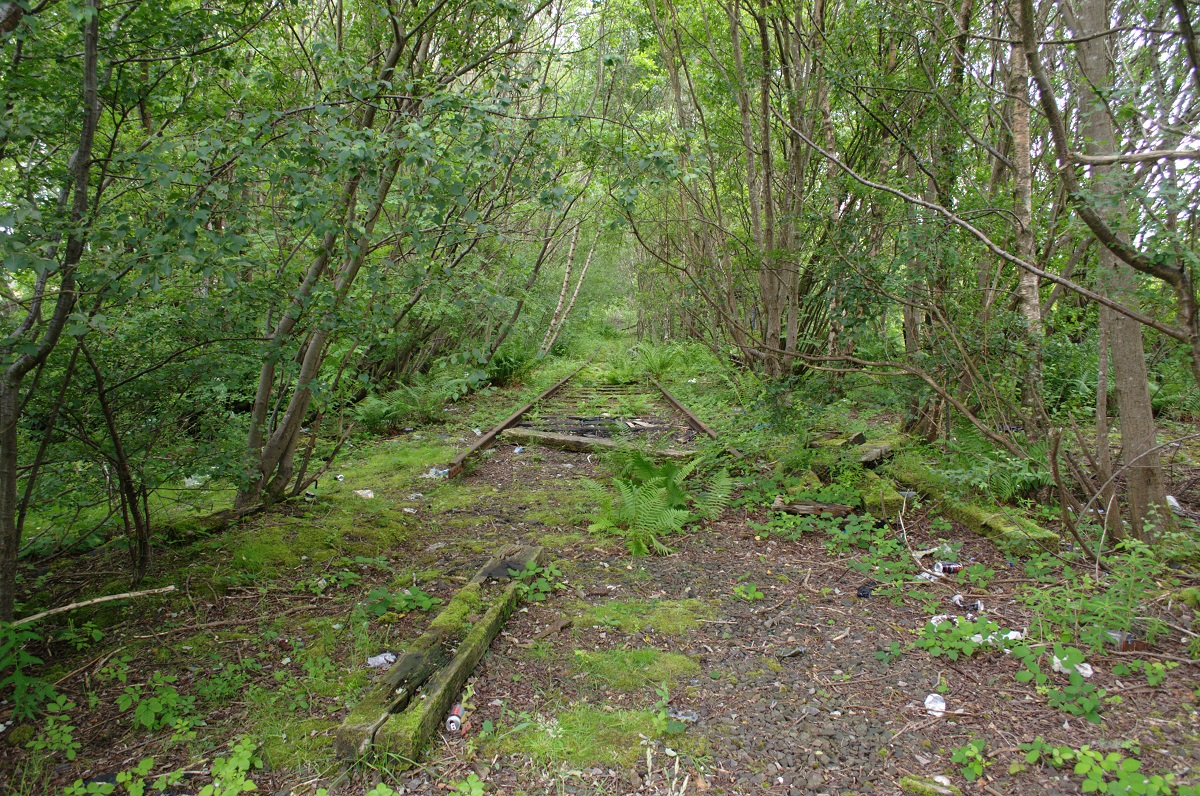 West of the viaduct, the line enters a very green cutting. A large bridge takes Drumfrochar Road overhead just before the remains of Lynedoch Station. The platforms are still in place here, but are almost completely covered by vegetation (at least in the summer). 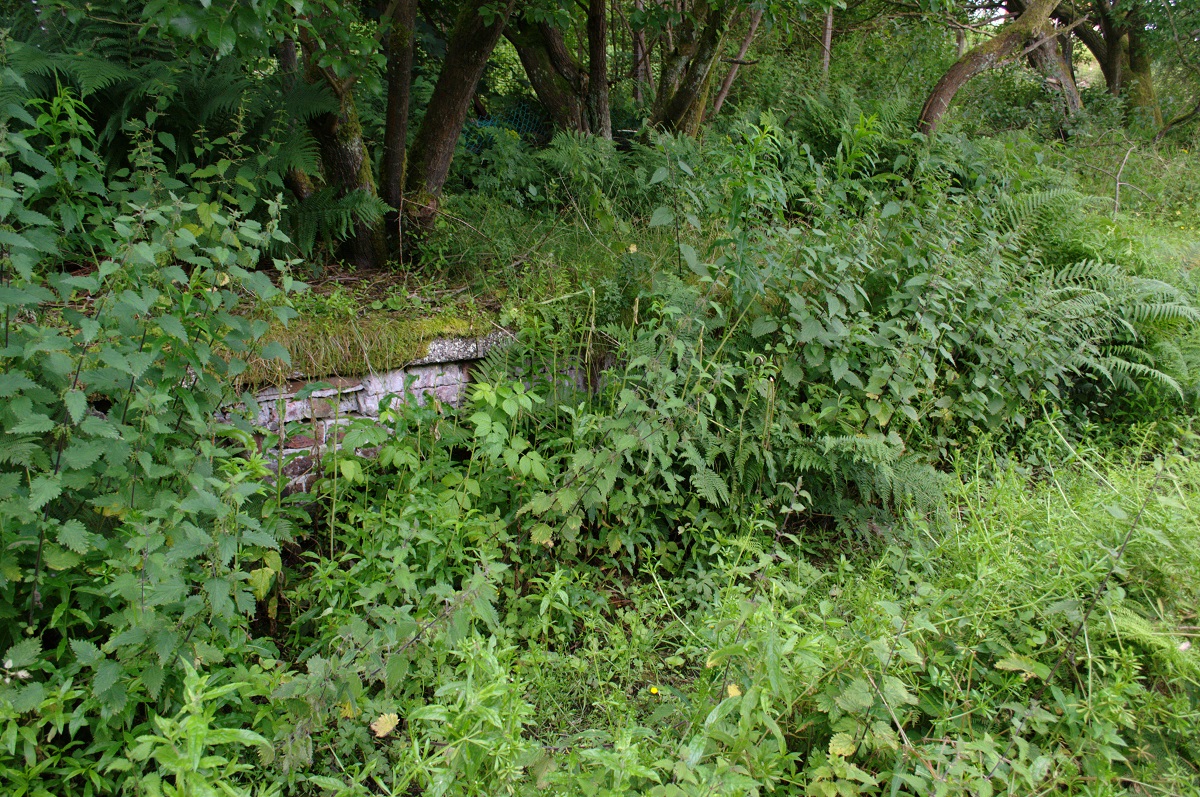 There are two short (much less than 100 yards each) tunnels underneath Lynedoch Street. The southern tunnel took the main branch underneath the road, with the one to the north carrying a goods branch that diverged on the west side and descended quite steeply into a goods station that was located to the north of the passenger station. 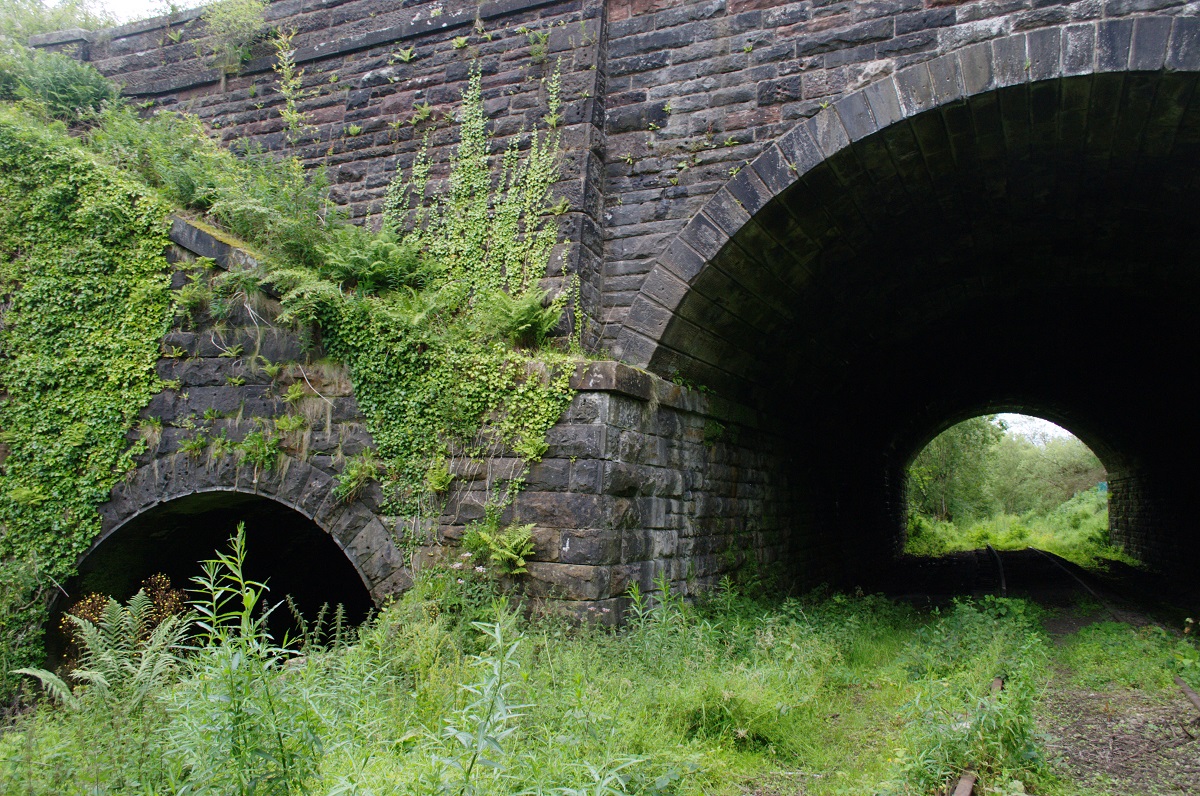 The next two features, though, were much more interesting. Firstly, an impressively high arched bridge carries Mearns Street over the cutting. And secondly, the line plunges into the 420 yard long Trafalgar Street Tunnel (also known as the Ann Street Tunnel). 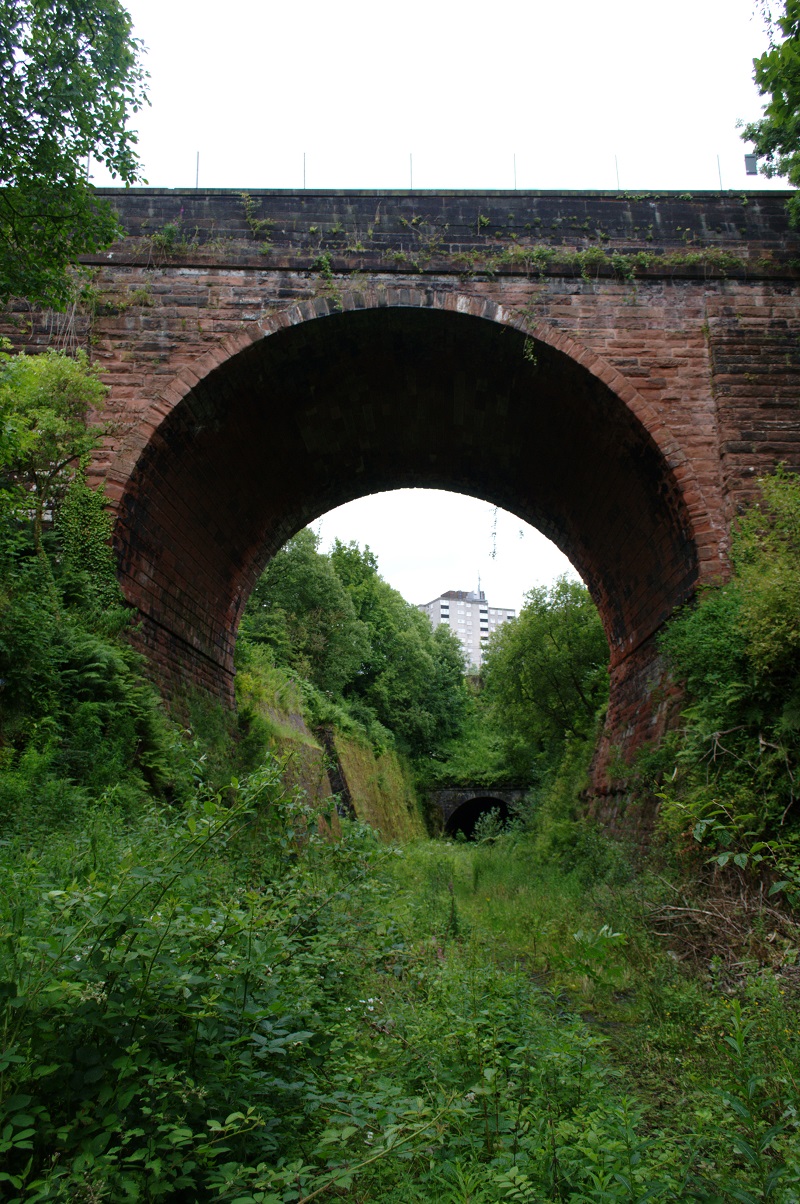 This tunnel was the highlight of my day. The presence of the railway tracks made it quite an unusual experience… I had to keep reminding myself that there wasn’t any danger of a train coming along here! 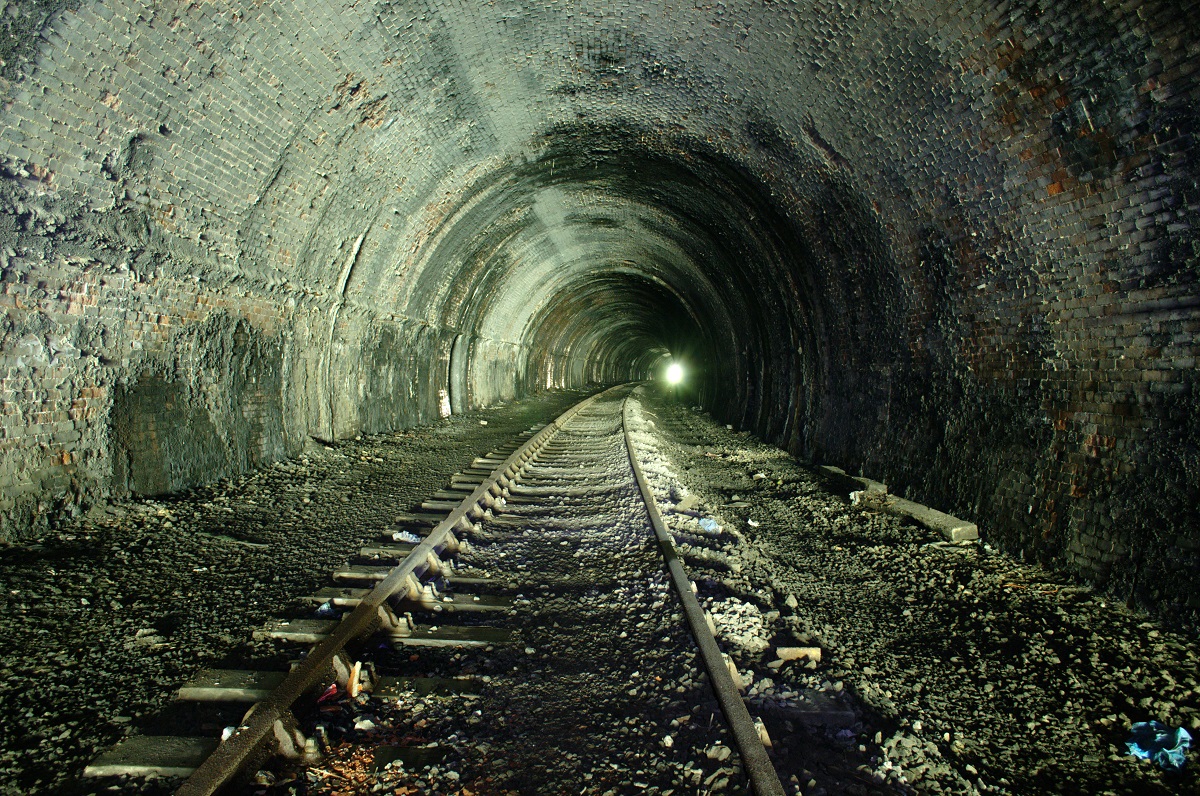 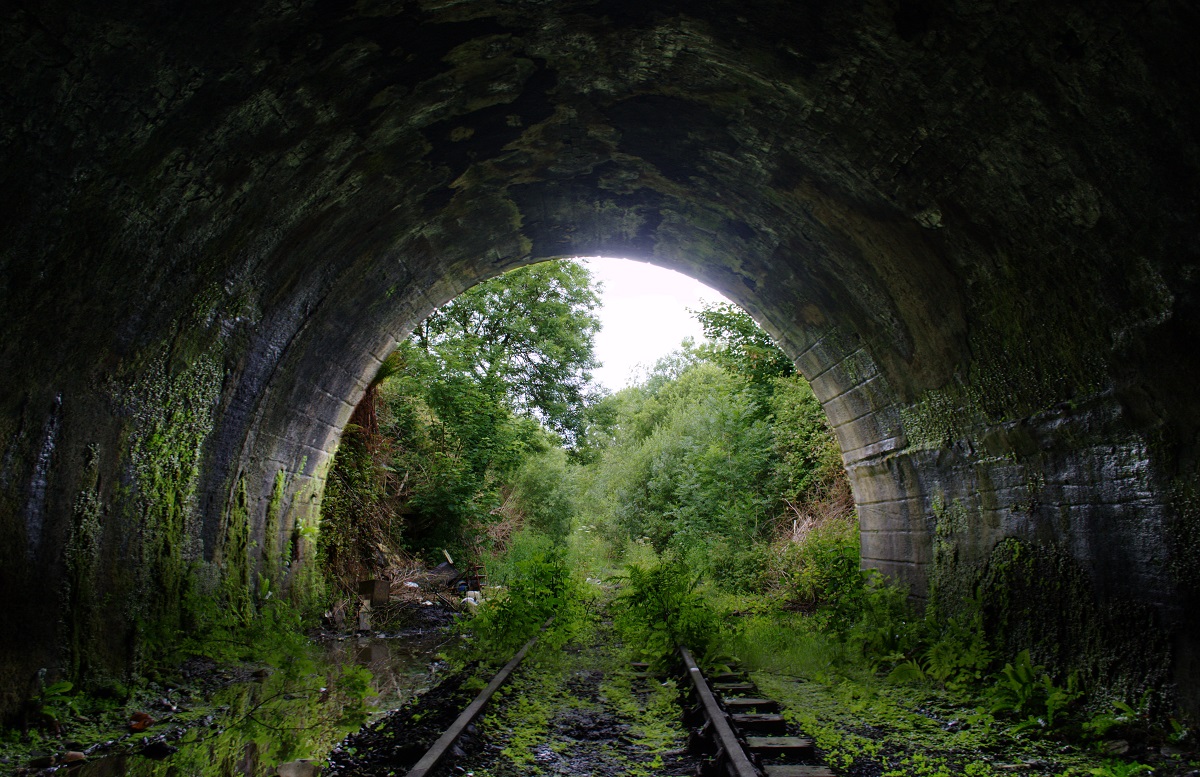 The tunnel follows a distinctive S-bend shape, with a straight middle section but short curves at either end. After passing beneath several streets and buildings, it emerges back into the steep, overgrown cutting again. Unfortunately the ground here was severely waterlogged and, realising that I was going to get very wet if I went any further without my wellies, I decided to turn back for now. Though I did get far enough to see the next of the tunnels, the 150 yard Orangefield Tunnel, which passes under Wellington Street at a very skewed angle.

One thing that struck me about this railway is how rural it seemed – although it goes right through (and in places underneath) a built up area, the cutting is so deep, so overgrown and so well fenced off that at times I felt I could have been in the middle of nowhere, if it wasn’t for the sight of high rise blocks looming up in the distance. It was a very tranquil place and once I was down there I saw no-one at all apart from the wildlife – something I was glad of, since I’d (probably inadvisably) gone in on my own!

I didn’t cover anything like the whole of this line, so there may be a part 2 for this at some point… hopefully.