For this explore, I ventured into a disused mine for the first time – specifically, a limestone mine. In fact, there were several features of interest close together, all connected to the former lime industry. Our first port of call was the largest surviving set of lime kilns in Scotland. 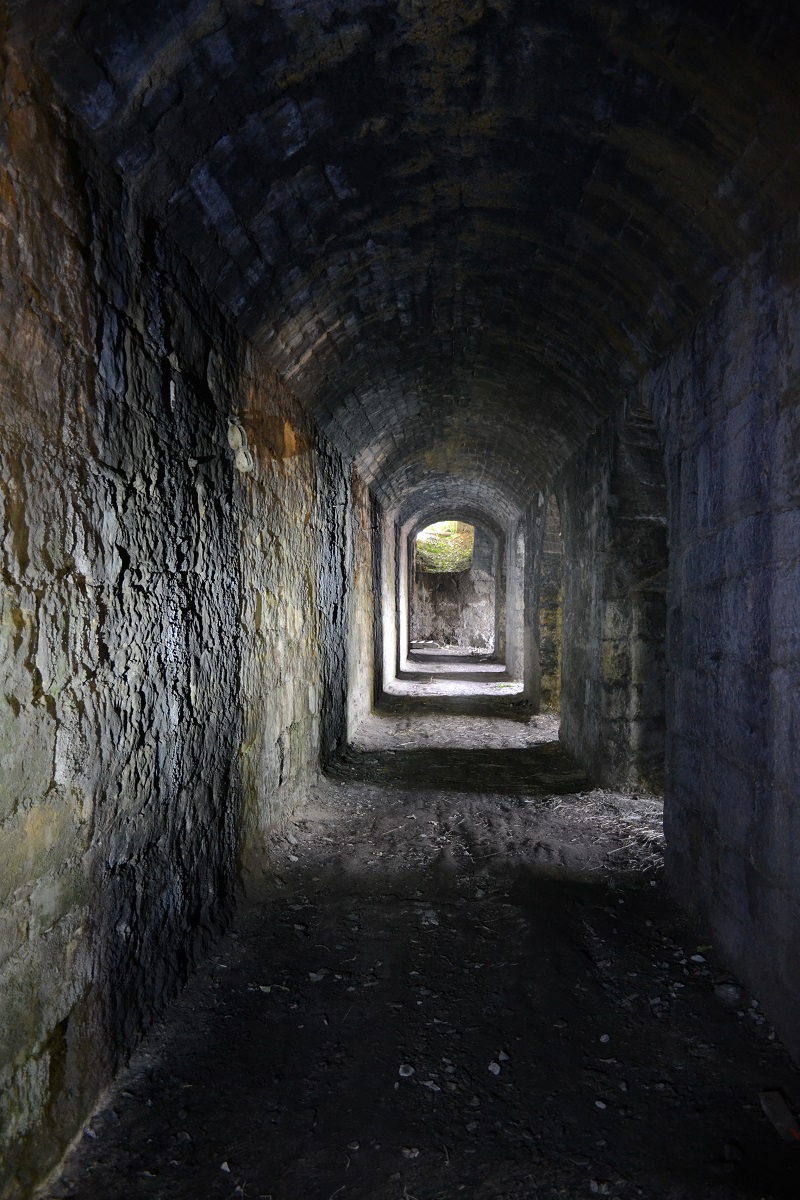 I’d been in smaller lime kilns at Muiravonside before, but these were huge in comparison, and better preserved. According to the information board outside, a small train used to run through the large passageway at the back. Strangely, only a small section of the kilns is open to the public with the rest being fenced off, despite the fact that the fenced off part looks pretty similar in terms of potential hazards to the open part.

Next up was a long-abandoned tramway tunnel which would have played a part in transporting the limestone from the mine down to the kilns for processing. 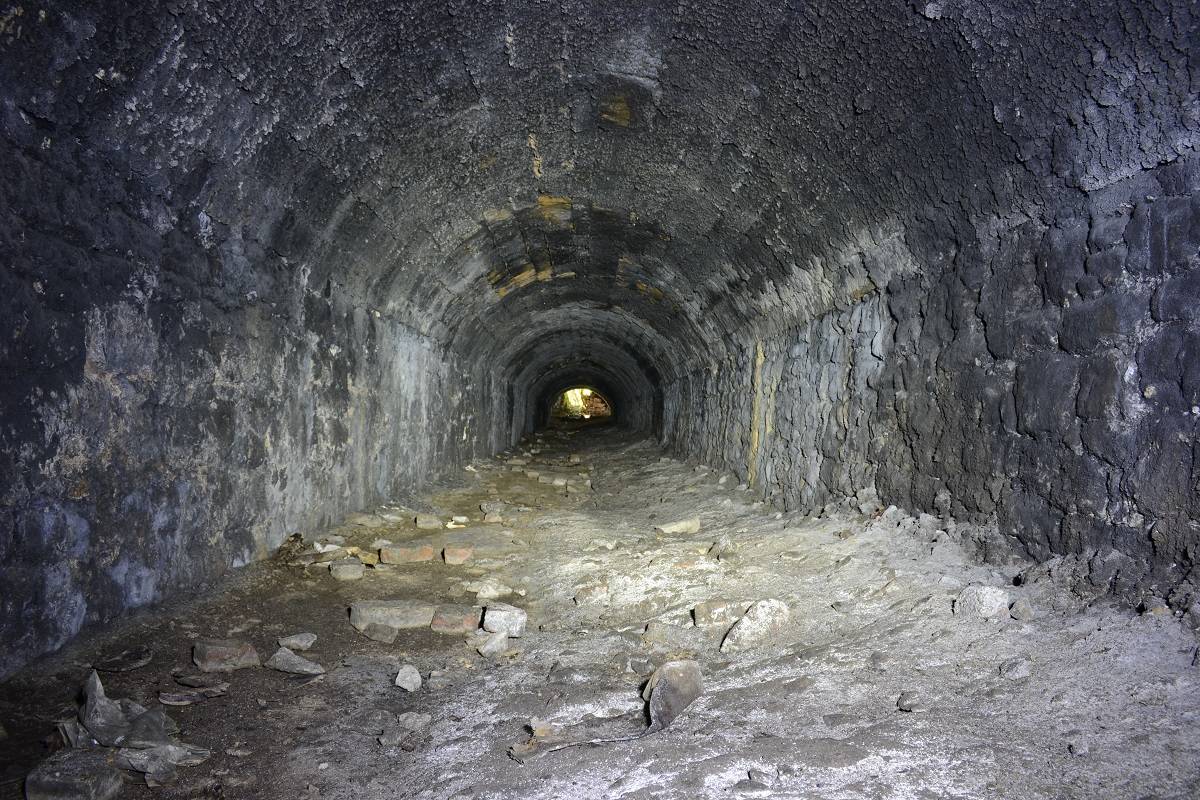 Both portals are mostly filled in, and the interior of the bore is partially filled in as well, so it’s tricky to find and a bit of a confined space once you do get inside. But it does look to be in amazingly good condition, especially considering that it’s likely to be one of the oldest tunnels in Scotland.

The highlight of the day was exploring the mine itself. 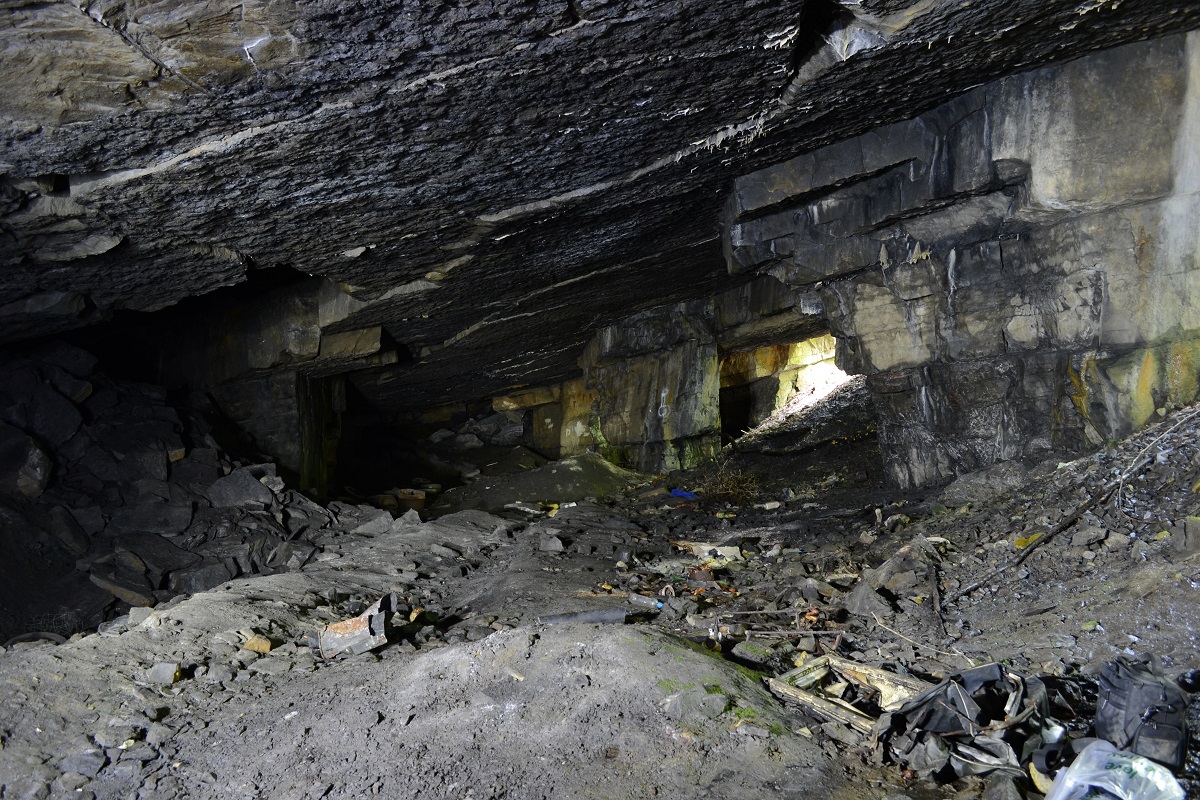 It was probably a good one to start with as it’s relatively small, so it would be difficult to get lost in there, as well as being fairly spacious and not too claustrophobic. I was also with two people who had experience in mine exploration and had been in this particular one before, which made the whole experience less intimidating.

Near the entrance, an old tramway runs up a ridge to a higher level, although its tracks are now long gone. 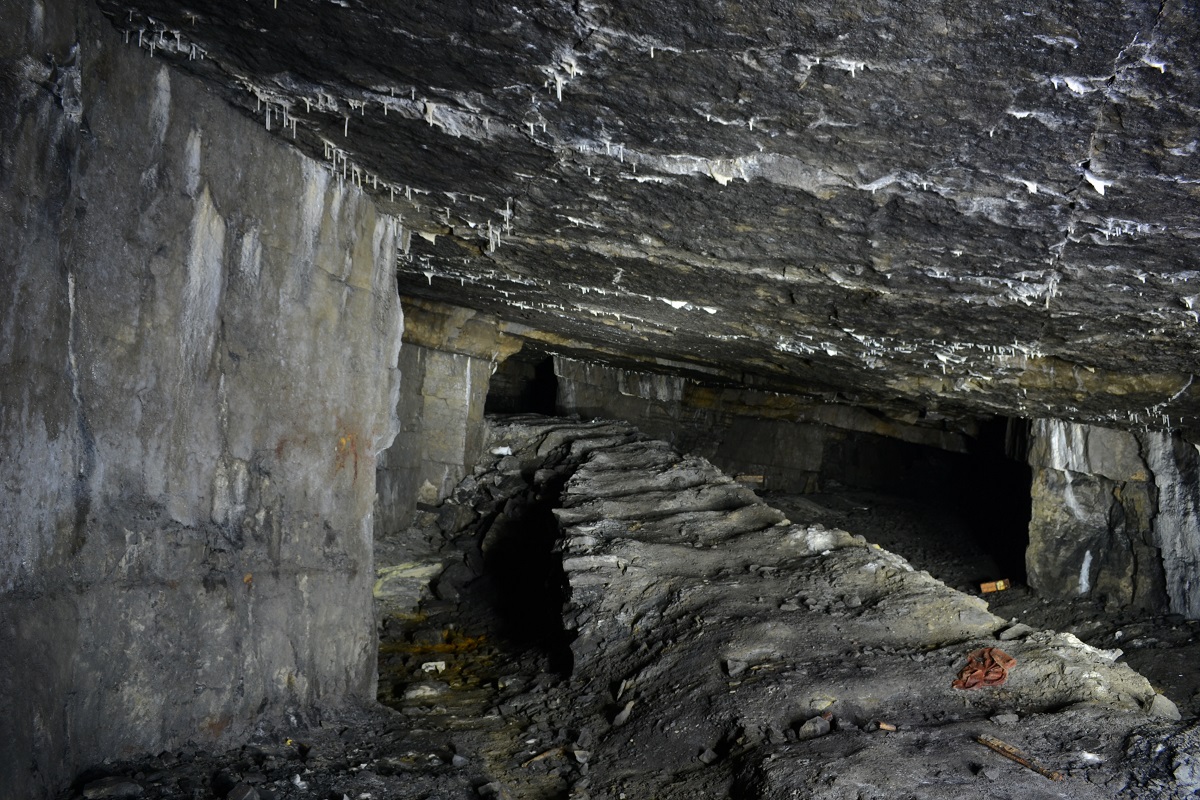 The lower levels of this mine are now flooded with water, making it impossible to explore the whole thing (although apparently it is possible to get further than we did, with the aid of a boat). There was also this small pool near the back – the green swirls in the water are a trail from one of my guides’ laser pointer! 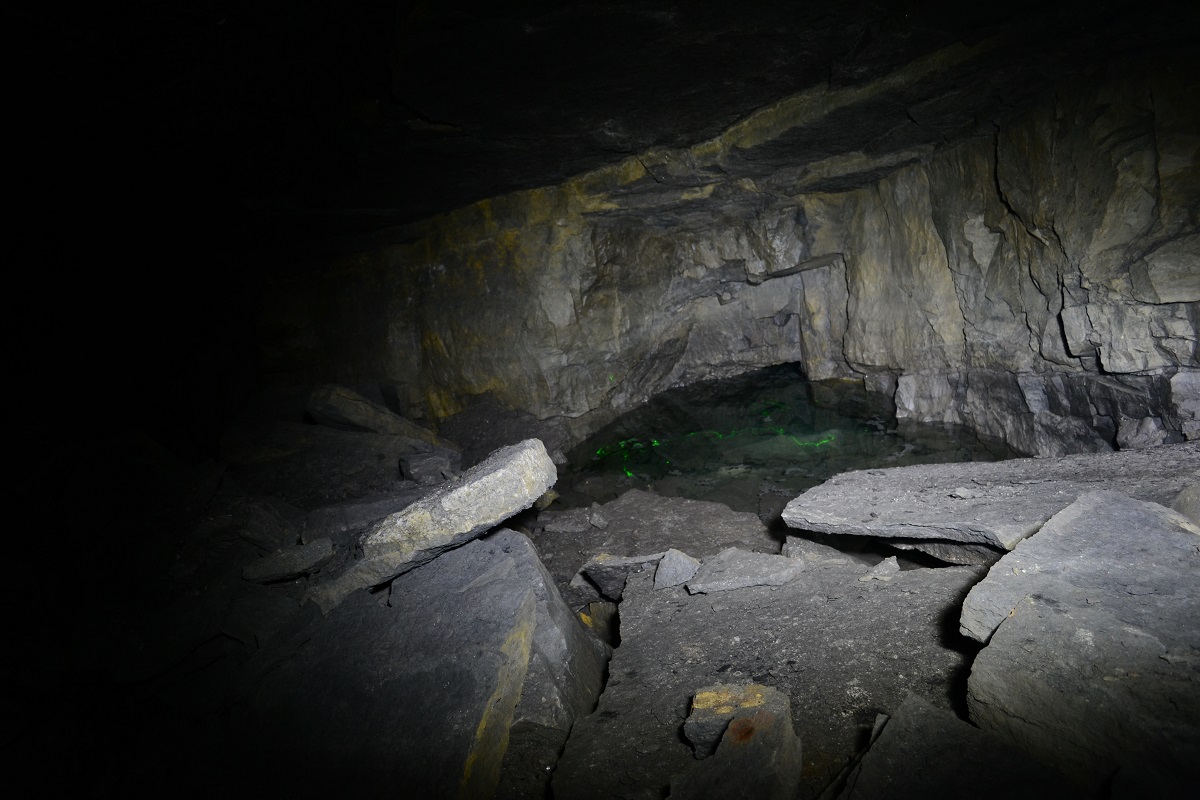 All in all it was a great day out with a lot of different things to see, and I’m grateful to my fellow explorers for letting me share in it. 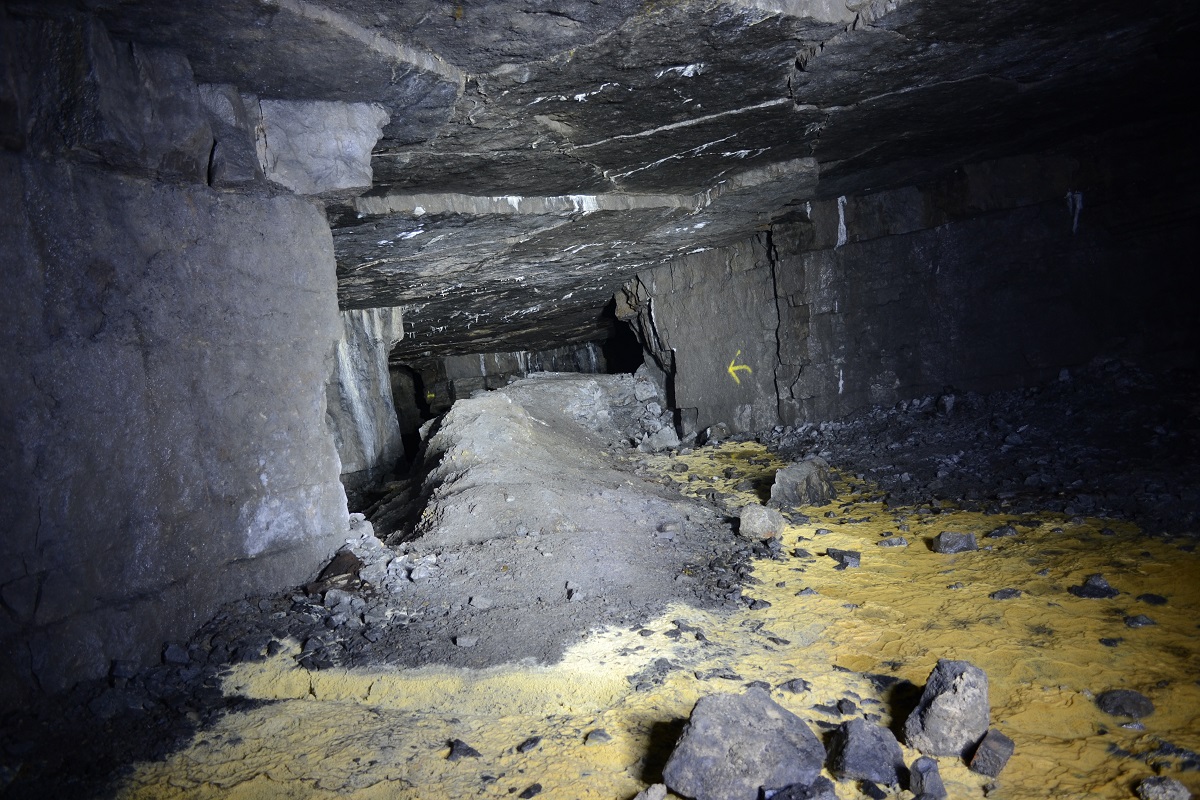