I am still alive, honest! I just haven’t been exploring much for various reasons, but I’ve finally been somewhere new. 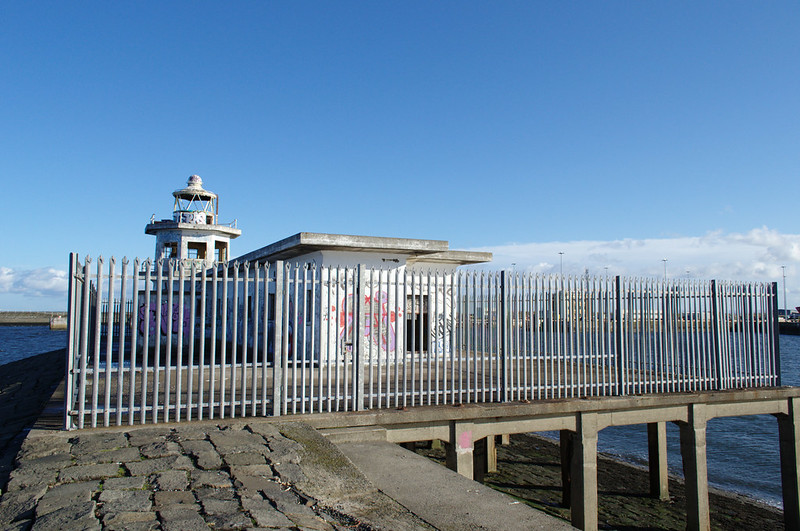 This lighthouse is one of those places that I’ve known about for a while but never managed to get inside until now. I suspected it was probably just an empty concrete shell, but I still wanted to see it for myself, and actually there turned out to be more to see in there than I expected. 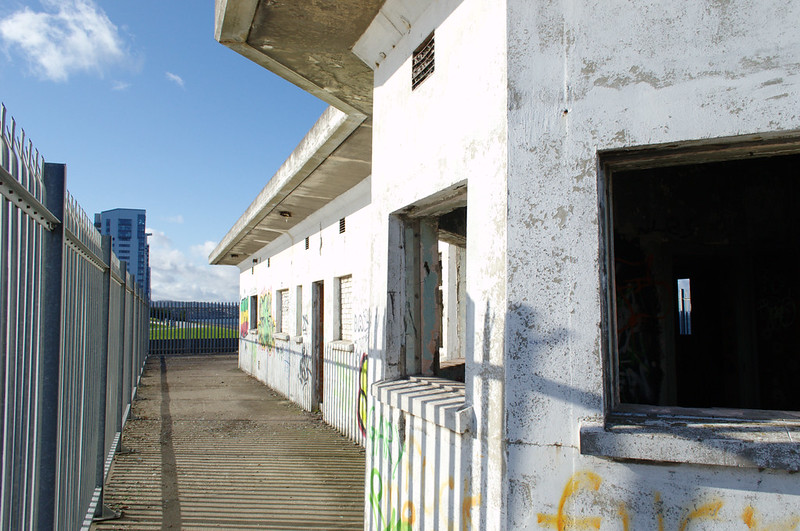 There doesn’t seem to be a lot of information out there about this building, at least not that I can find. It was built around 1950 and, unlike many lighthouses that are in the shape of a tower, this one is a single storey concrete building with a short octagonal tower at one end to house the light. It’s built on a concrete platform at the end of a breakwater, but hasn’t been used in several decades, and is now covered with graffiti of various types. 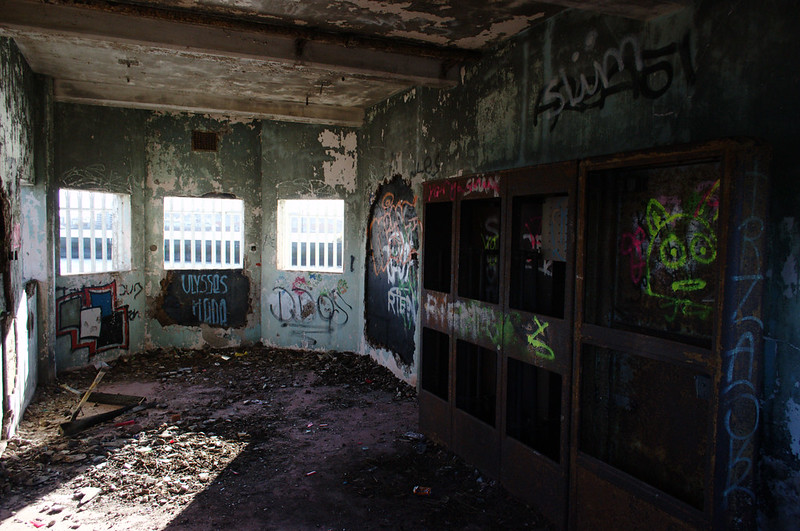 The large room underneath the light has two bay windows, as well as a sort of octagonal porch, projecting out of it. It’s mostly empty, but some very rusty metal lockers, now missing their doors, still stand against one of the walls. 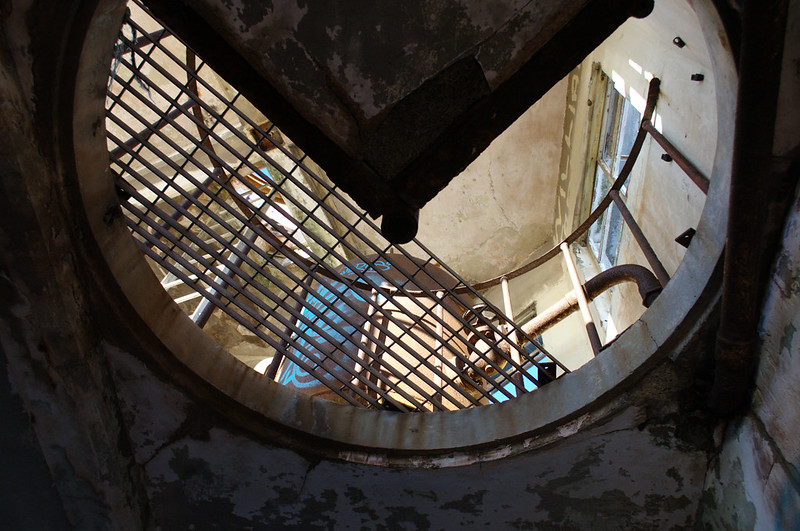 The stairs leading up to the light have gone completely. It would take climbing equipment, or at least more climbing ability than I possess, to access the upper floors now. Looking up through the opening where the spiral stairs would have been, a cylindrical metal tank is visible, along with the ladder that leads up to the actual light chamber at the very top of the building. 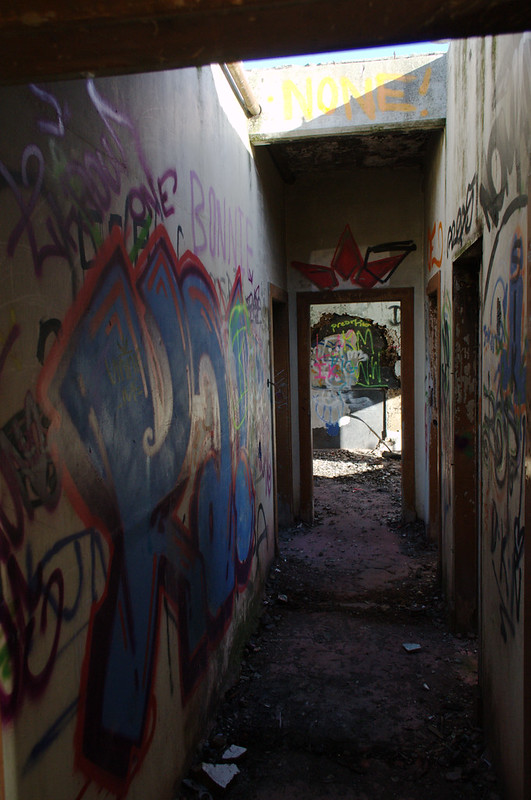 A corridor leads down the middle of the building, with rooms either side. The middle bit is missing its roof and is now open to the sky. 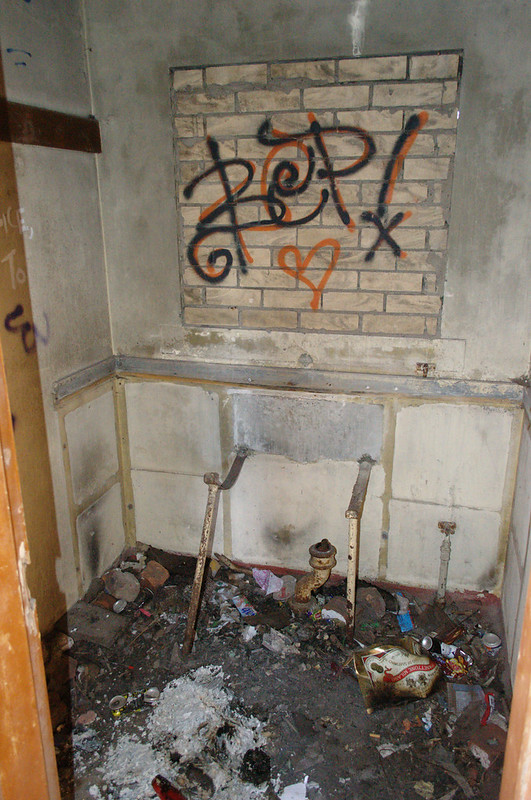 On the north west side of the corridor is one fairly large, featureless room. On the other side is a succession of very small rooms, including this one which may originally have been the bathroom. 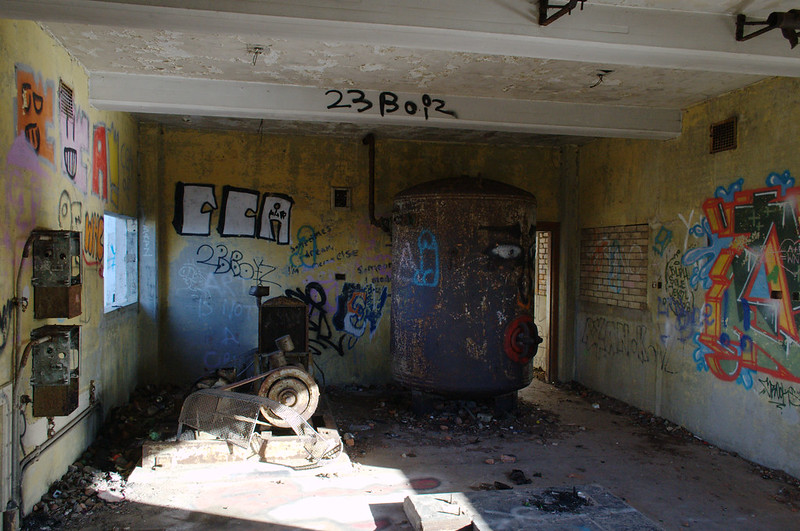 The landward end of the building contains another large room with a loading bay door. Some equipment survives here: a large cylindrical metal tank that presumably stored fuel, and the remains of an engine, including drive belts, pistons and a radiator. The remnants of various pipework and electrical wiring can be seen attached to the walls.

Not the biggest of buildings, but a very enjoyable explore for a crisp, clear Autumn morning.