Another small explore that a lot of people probably wouldn’t bother with, but it was a building I’d been passing nearly daily for several years, so I had to satisfy my curiosity. 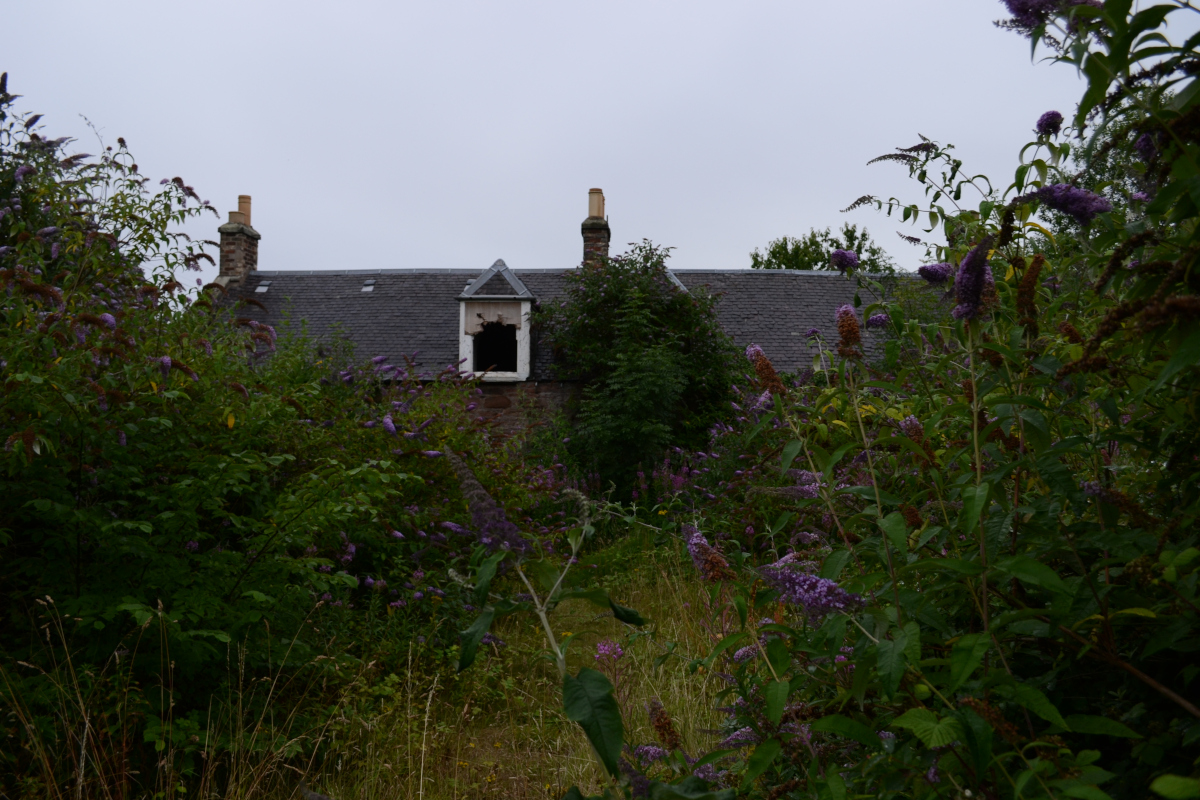 When I looked into the place, I also found it had more history than I’d thought. Now a C-listed building, the cottages at Good’s Corner, Gilmerton were built in the mid-19th century. They are all that remains of the hamlet of Nether Liberton… originally built in a rural setting that’s difficult to visualise today, with houses and traffic all around and Cameron Toll shopping centre just across the road. 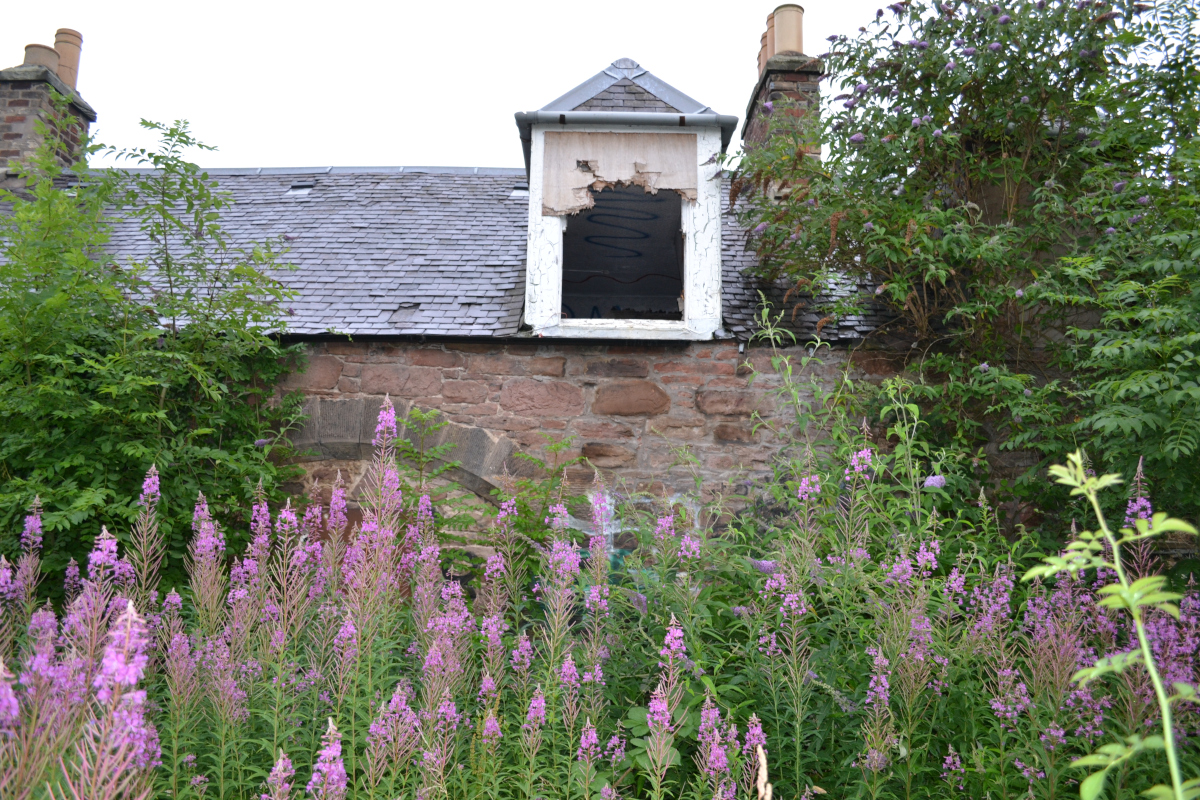 The cottages had been vacant for around 10 years when we visited. The garden was extremely overgrown and even the sign advertising the site as For Sale was looking strangely dilapidated. 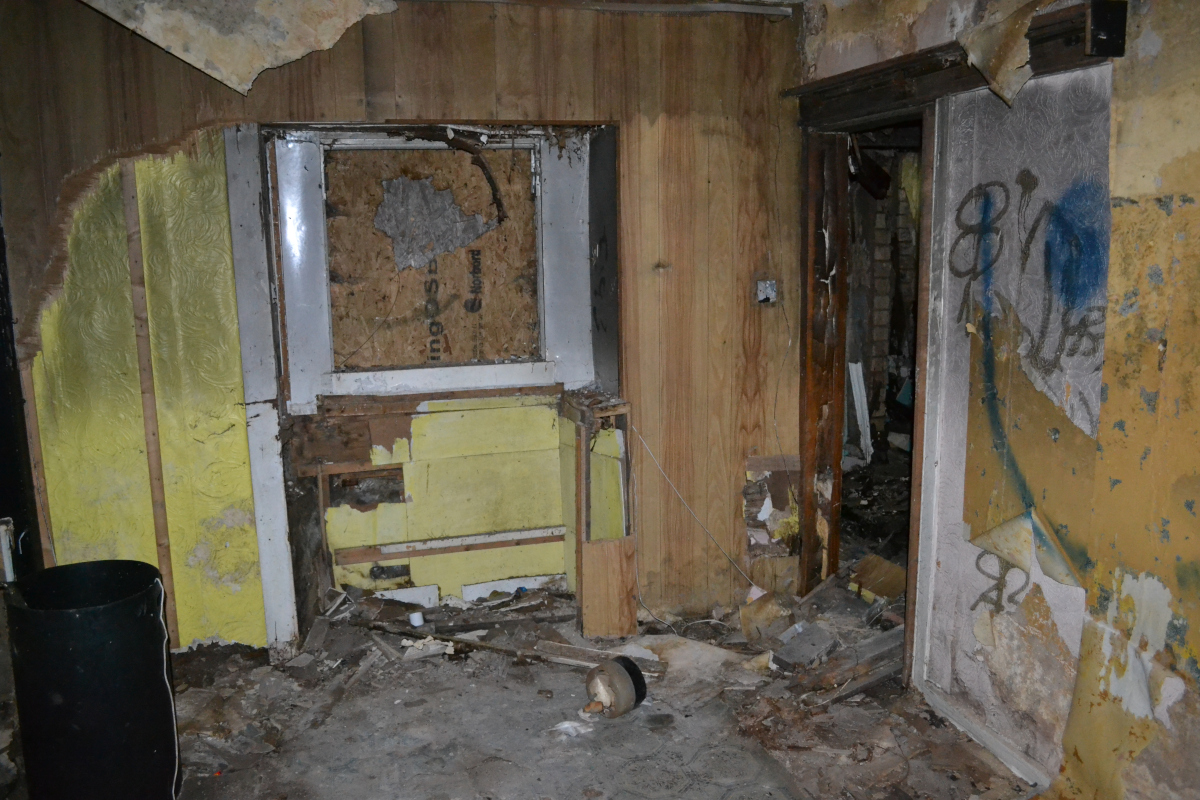 As expected, the interior has not fared well. Several of the rooms have been left open to the elements. Inside they are empty and decaying, with occasional reminders that this was once someone’s home. 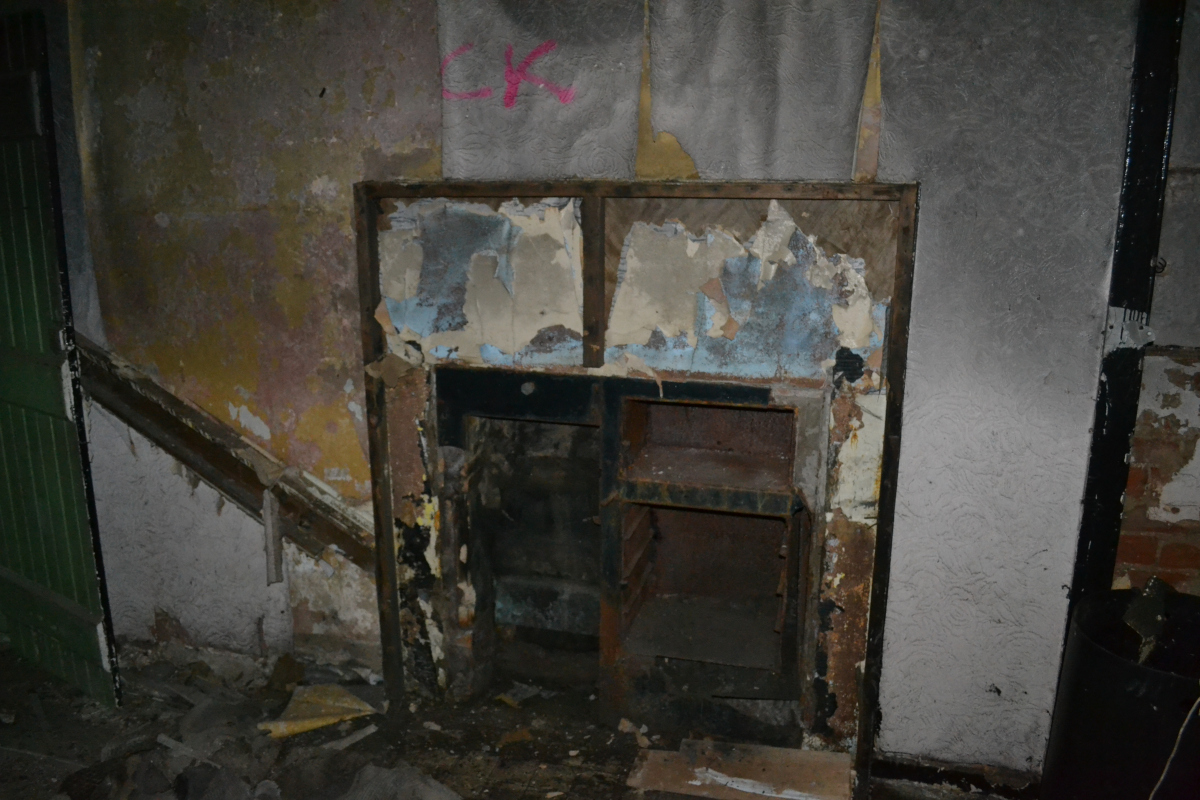 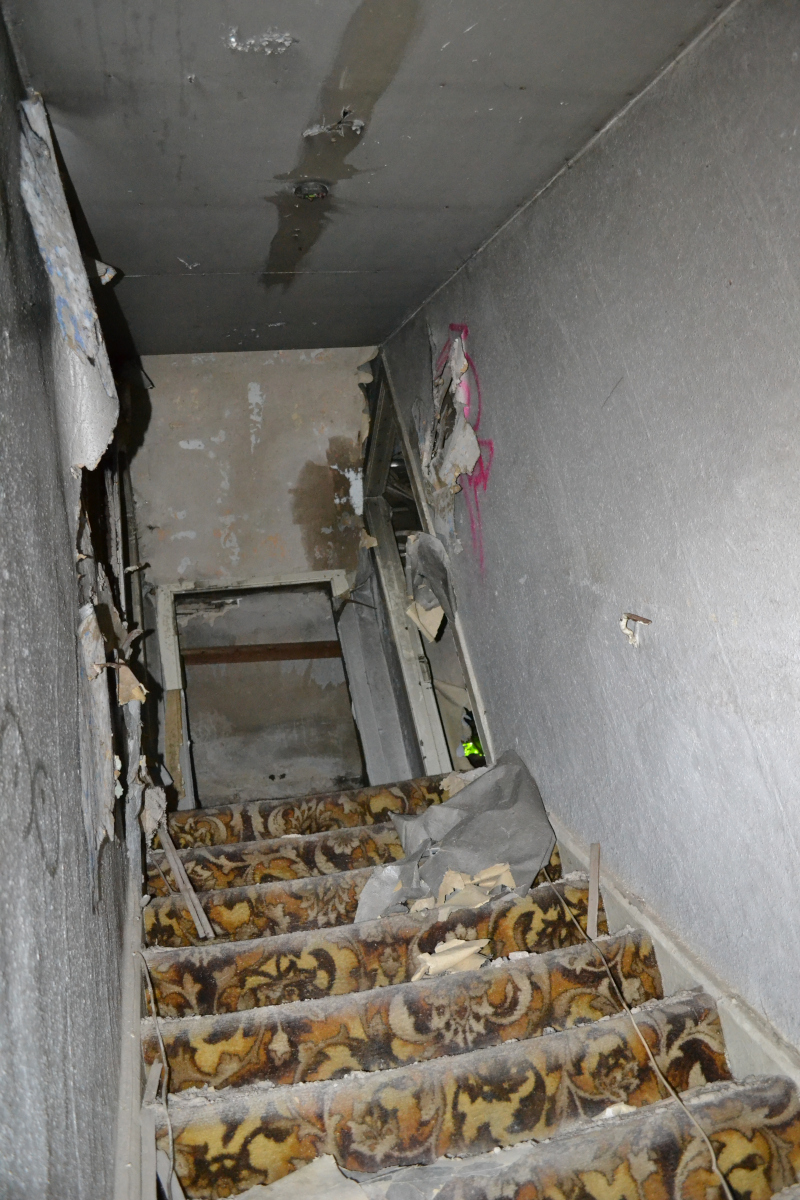 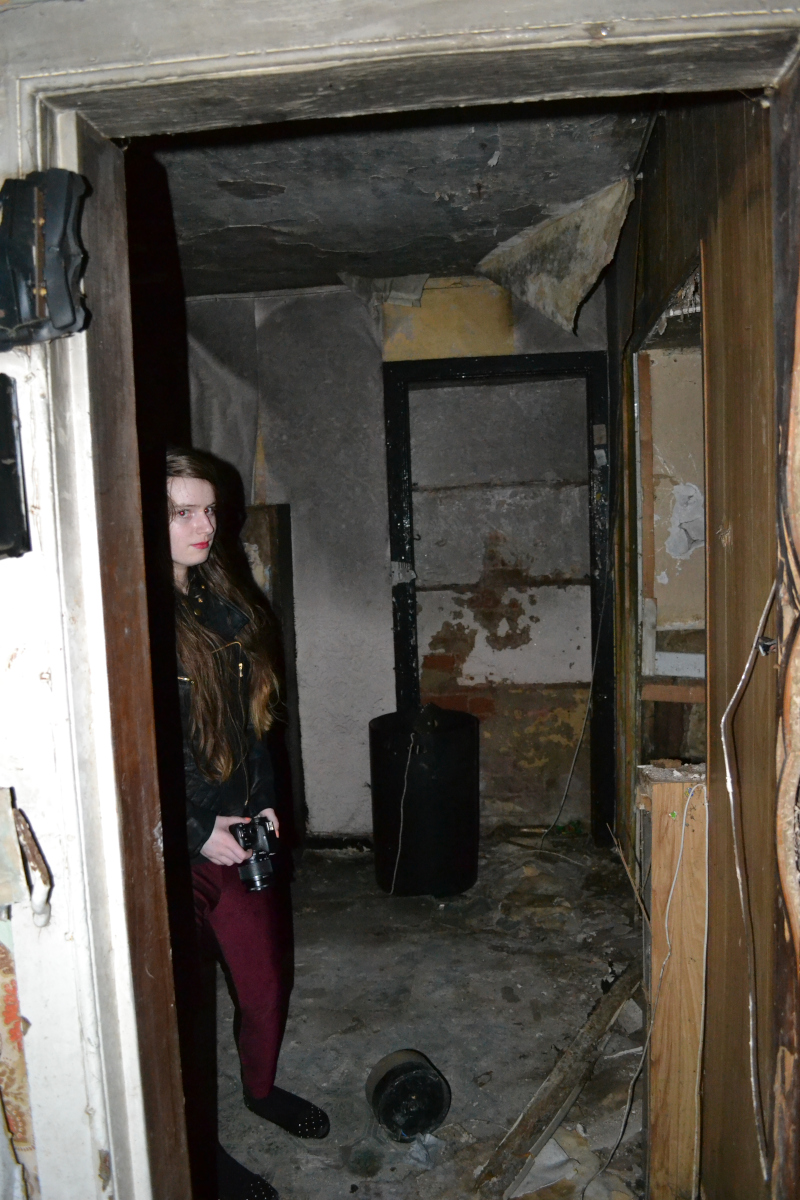 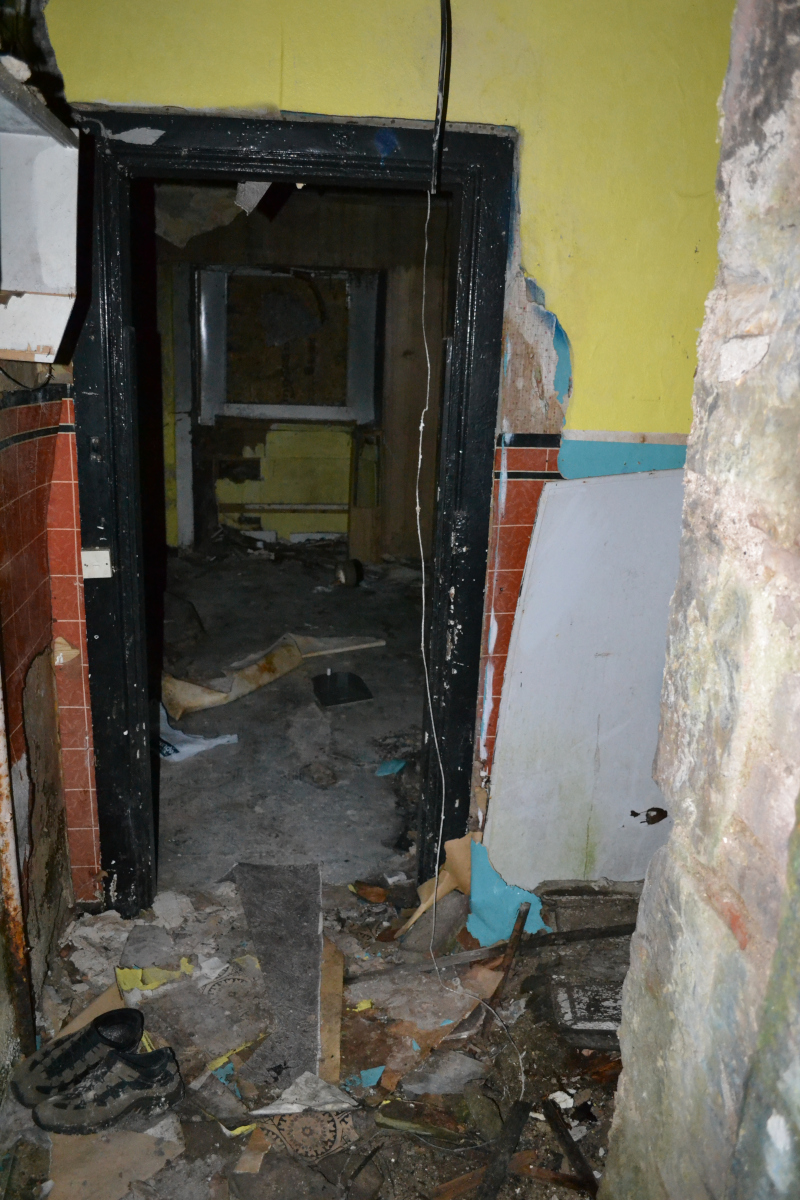 Update (October 2015): something appears to have been done with the cottages in the past few months – a fence has been put up around them and the dormer windows and parts of the roof have been removed. Nothing further seems to have happened yet since those initial changes, but maybe some sort of redevelopment is finally underway.