Yester Castle (with bonus copper mine) 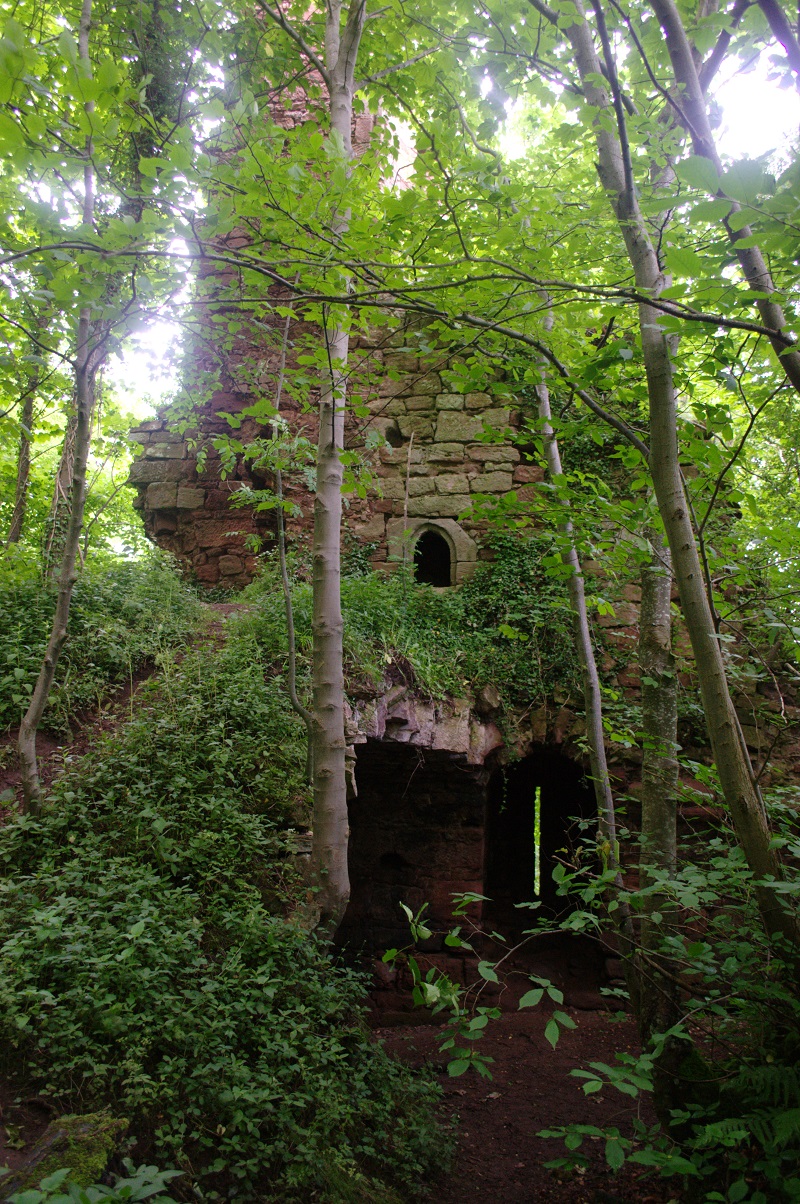 It’s not often you get to explore somewhere that’s rumoured to be around 800 years old. I’ve been intending to visit Yester Castle, just outside Gifford in East Lothian, for a while, and last weekend I finally made it there. 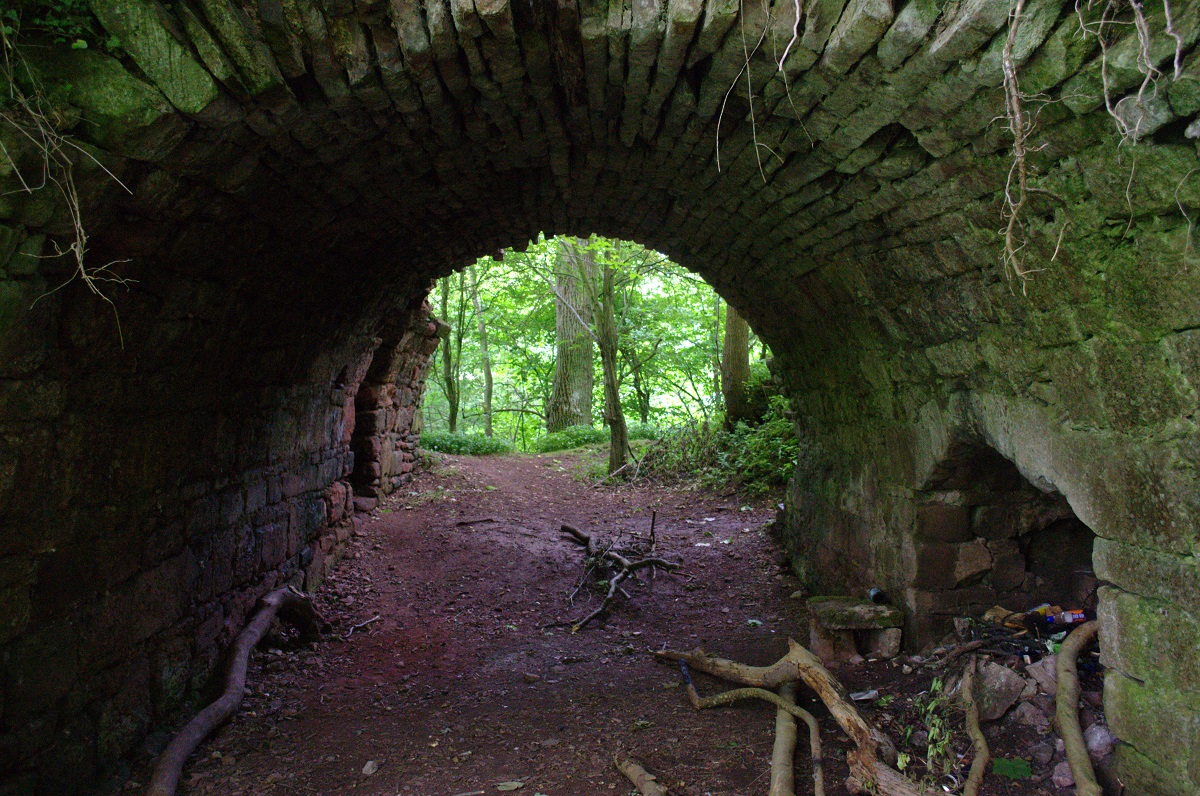 The most immediately visible part of the castle doesn’t look that much different to any other badly ruined structure that you might come across in a remote corner of Scotland; all that’s really left is a couple of hefty stone walls, and a wide stone arched bridge that would have once given access to part of the castle. (The thick woodland all around makes it difficult to get good photos of this). But Yester Castle has something else that makes it much more worth visiting: the Goblin Ha’. Unlike the parts above the ground, this subterranean chamber is still in great condition. A ridged vaulted roof arches overhead. At one end, two windows at different levels, now blocked by metal grills, let in some natural light, making the room even more atmospheric. At the other end, two passageways lead out in opposite directions. One is the entrance passage, a short, low tunnel that leads out into the open nearby at this archway. The other is more interesting. It’s a flight of steps that descends deeper into the earth, on a curve. It once led to a well, but there’s nothing much to see at the bottom now. 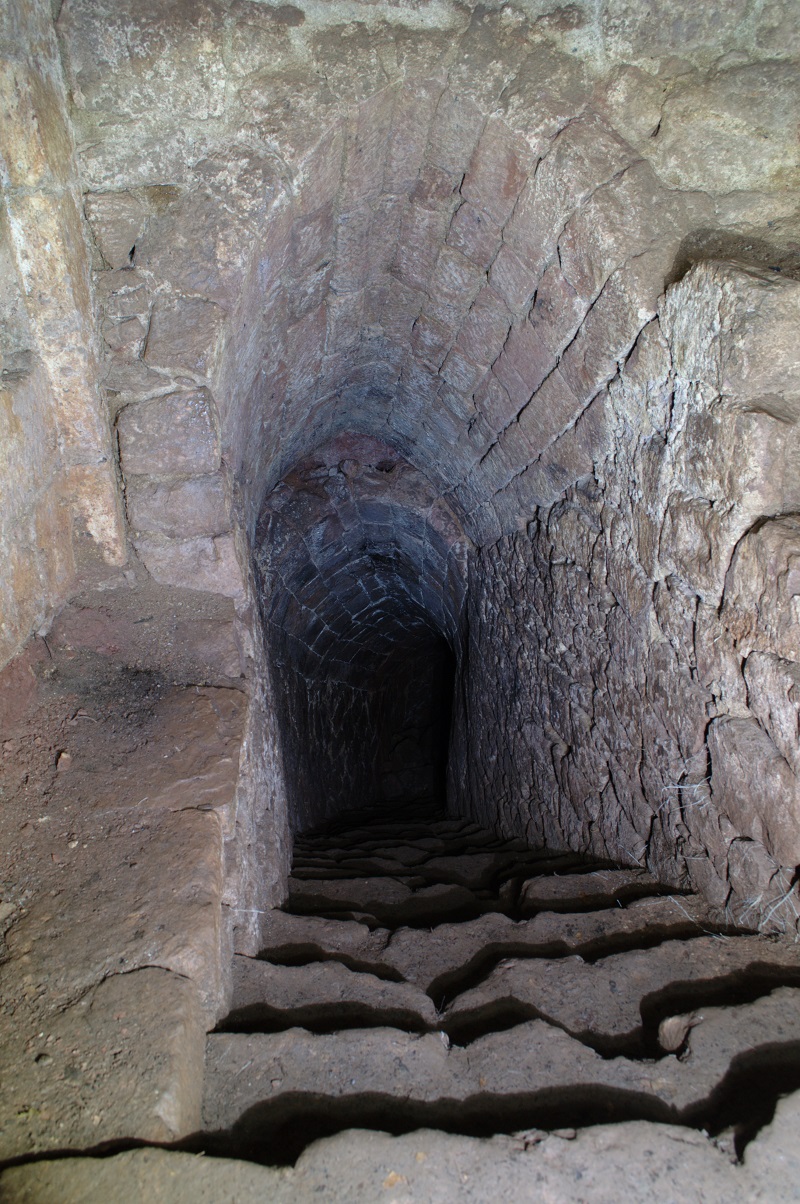 The earliest part of the castle is thought to have been built by Sir Hugo de Giffard. He was known locally as the “Wizard of Yester” and was rumoured to be a necromancer, who built the underground chamber with the aid of magic and then used it to practise his craft! The locals apparently didn’t approve. They believed the stairway down to the well was actually a portal to hell, and tried to fill it in with large rocks, which can still be seen down there today.

In addition to the castle, I also visited another location at the weekend, which I wanted to write about but which isn’t really big enough to merit its own post: a copper mine. We were able to get into this adit, a single tunnel leading almost straight back into solid rock for some distance. There are other adits in the area too: we found the entrance to another, which is supposedly bigger and more interesting, but on discovering that it would be impossible to get inside without getting completely soaked, we decided to give it a miss for now. We might return at some point with waders.