(This entry describes a guided tour rather than a traditional urban explore, but I think it’s an interesting and obscure enough place to merit a post on here).

We found out about Gilmerton Cove while looking for videos of Bangour online after our visit there. 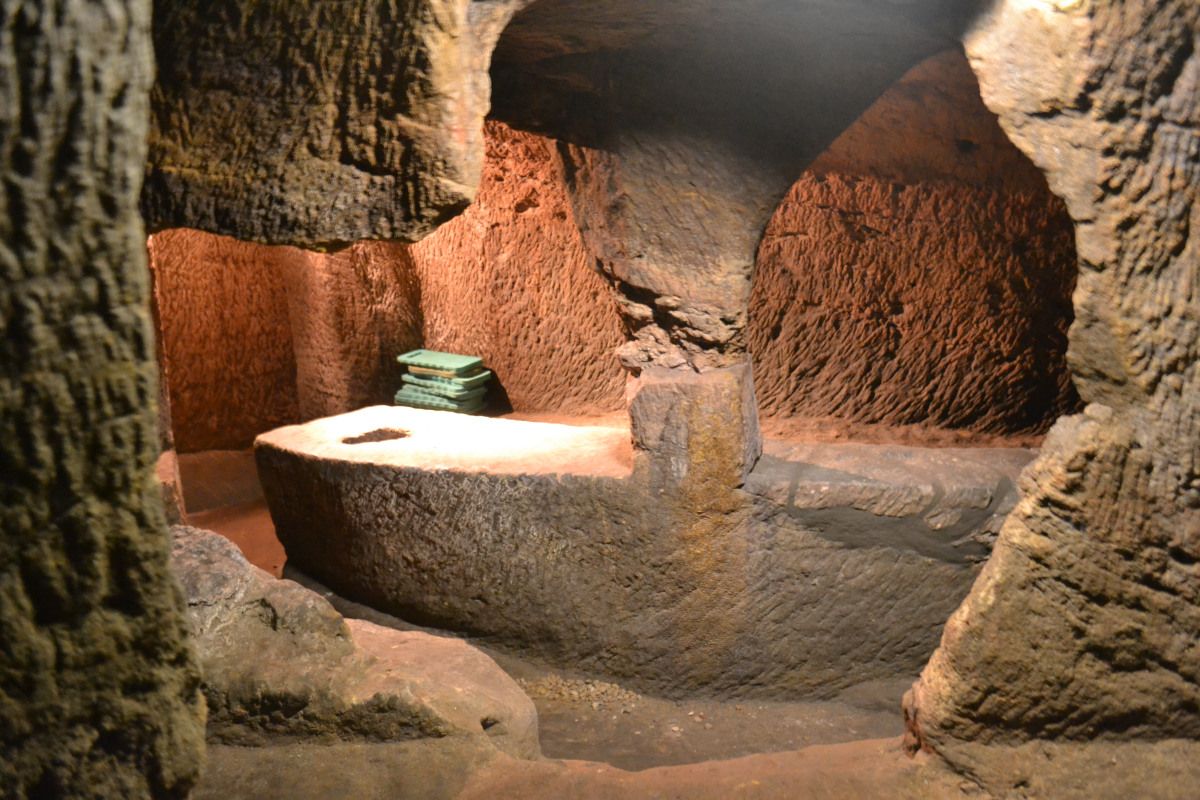 It’s a series of underground caves and passageways, hand carved out of the sandstone rock underneath Gilmerton. Legend has it that it was carved by George Paterson, a local blacksmith, in the early 1720s, however no-one really knows when or why it was made, and some historians argue that it would have been far too much work for one person to do in just a few years. 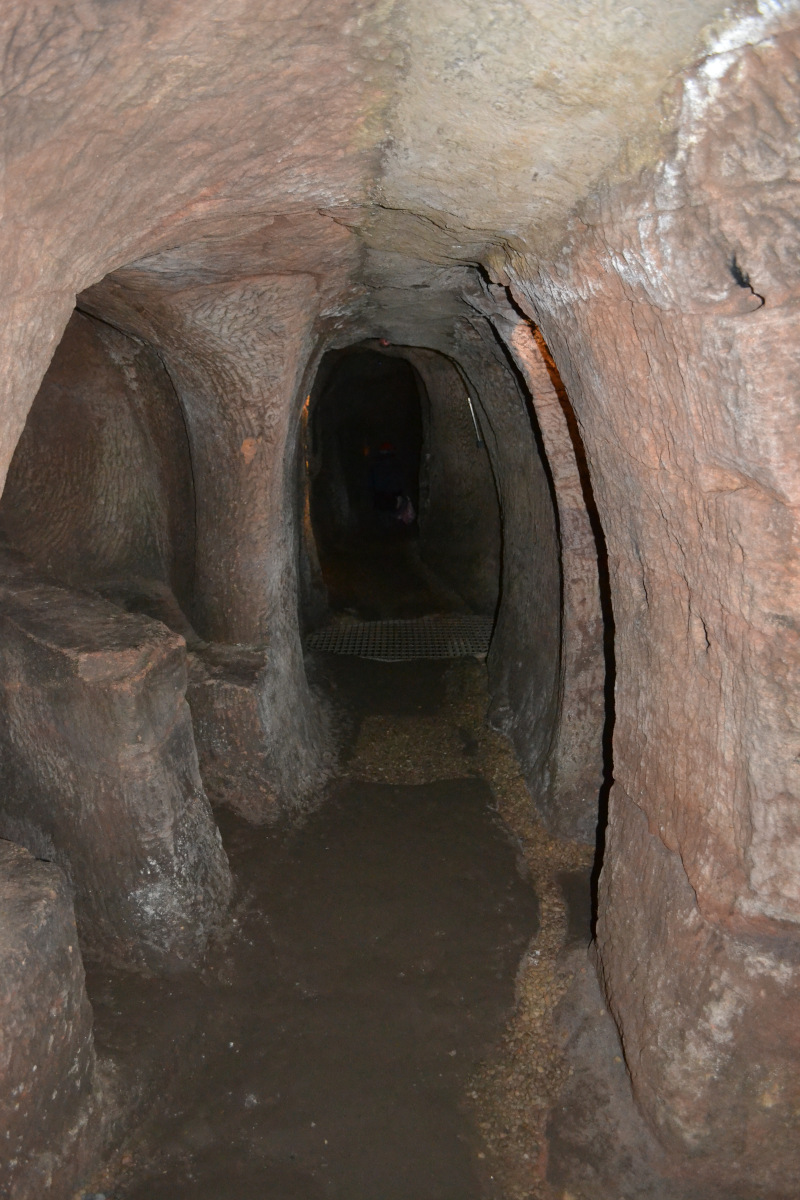 But regardless of its purpose or history, it’s certainly an intriguing place. Since the caves were restored in 2003, guided tours are available and there is a visitor centre up above the cove itself, however the tours must be booked in advance. (In previous decades it was apparently not so well secured as it is now and was a popular playground for local children). 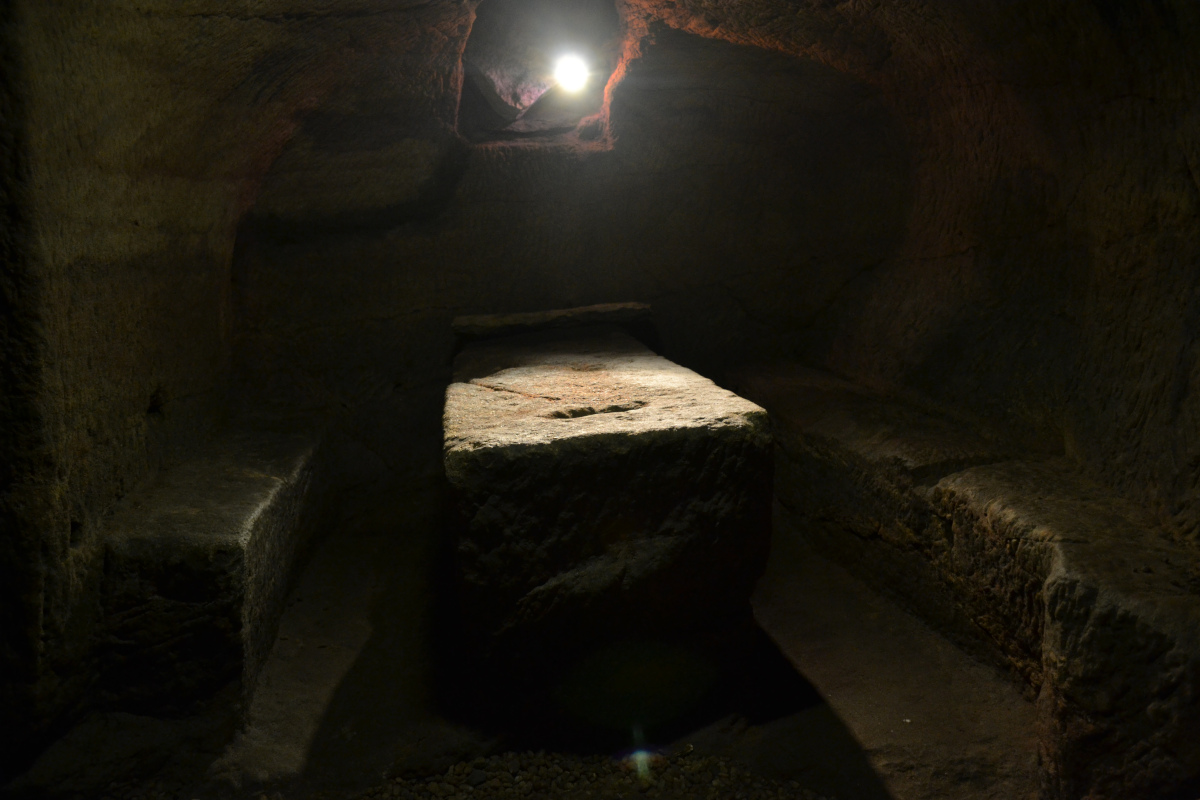 Several chambers of different shapes and sizes make up the cove. A few have benches carved out of the rock along the edges and central tables, including the one pictured above with a strange hollow known as the “punch bowl” in the surface of its table; others have recesses in the walls and were thought to be bed chambers. 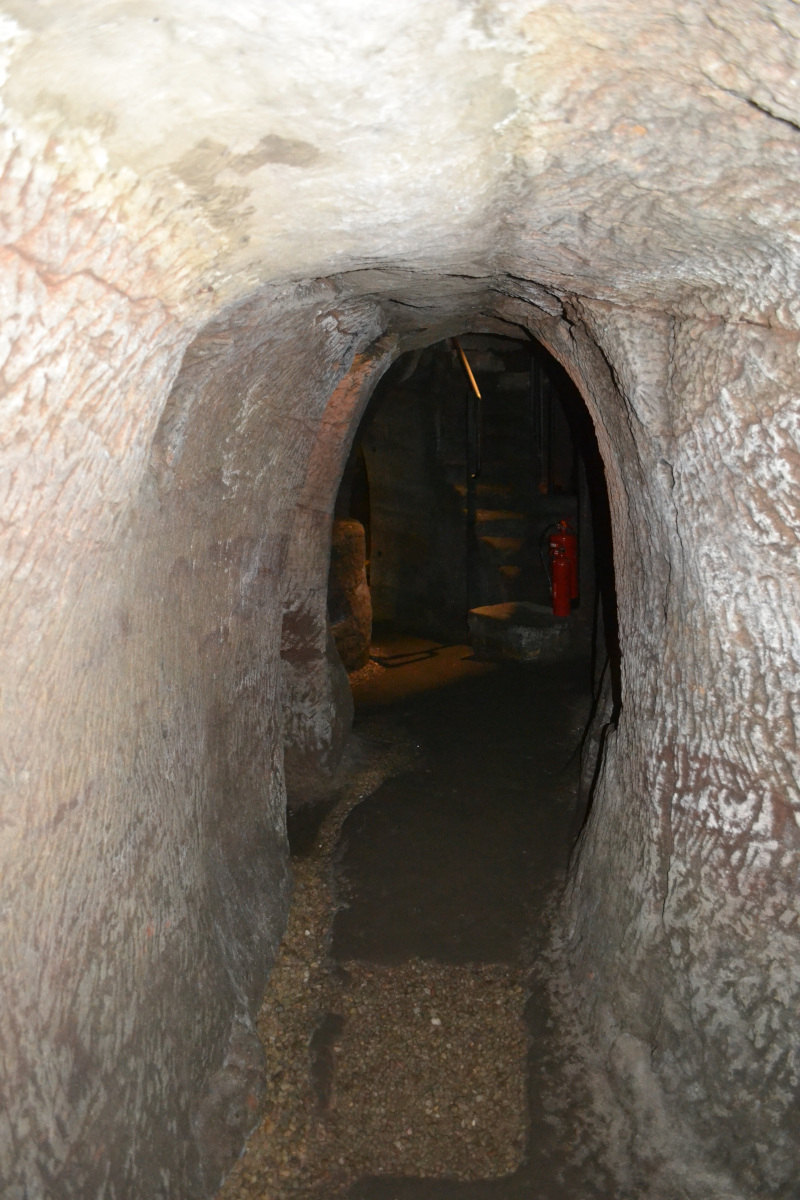 Perhaps most intriguing of all are the blocked passages. In places there were other tunnels leading out from the present day cave network that are now inaccessible and filled with rubble. No-one knows where they used to lead to; there are rumours that one surfaces at Craigmillar Castle, but at nearly a mile and a half as the crow flies, this would be an impressively long tunnel. In any case, we may never know, as excavating the blocked passageways has been judged too dangerous, especially for the one that’s directly beneath the adjacent road junction.