Our day out began with a couple of quick stops to see two interesting features of the area. First the “other” Forth railway bridge, the long-defunct but still surprisingly impressive Alloa swing bridge: 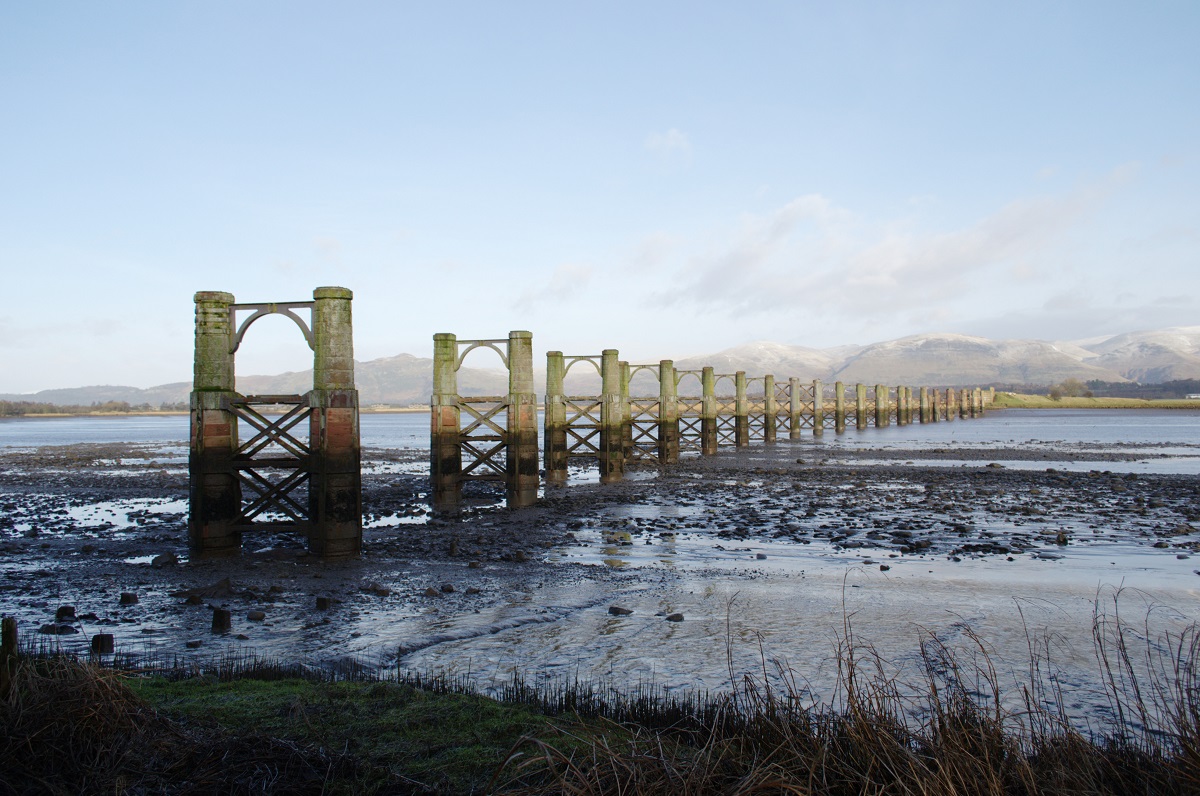 And secondly, the famous Dunmore Pineapple, otherwise known as “the most bizarre building in Scotland”: 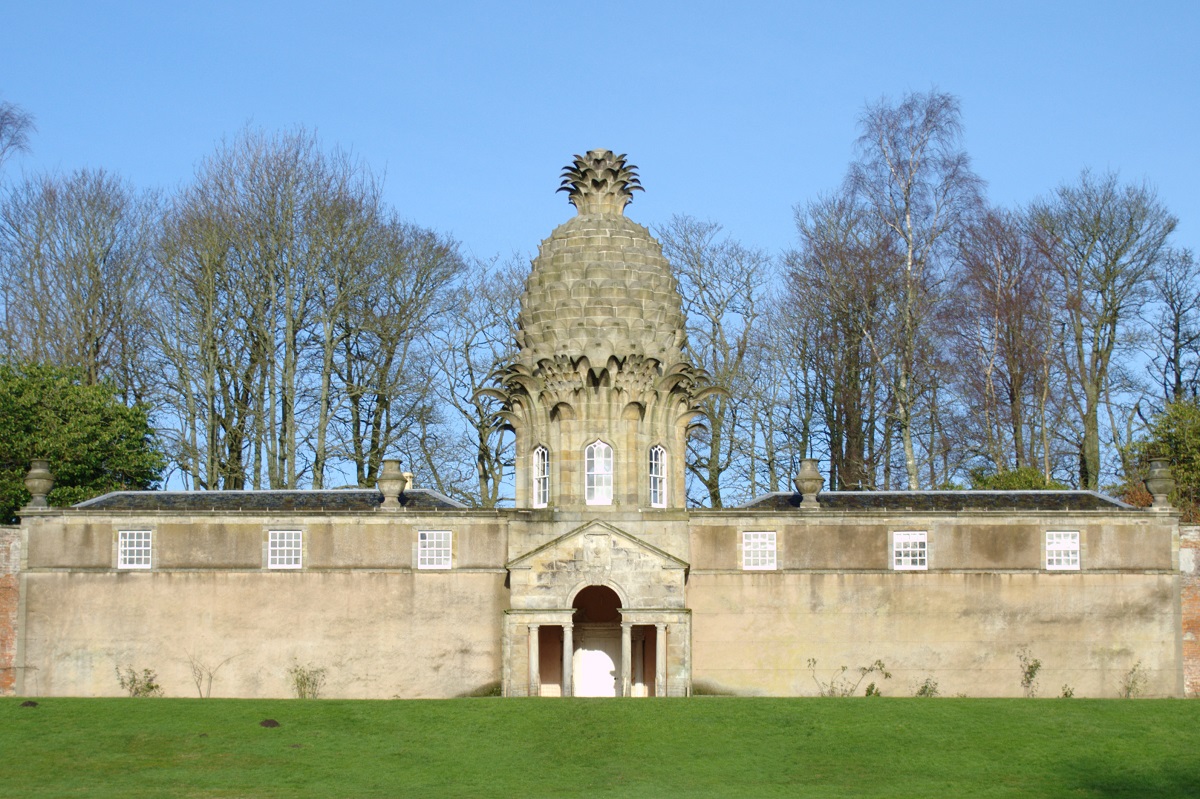 The main event, however, was the ruin of Dunmore Park House. 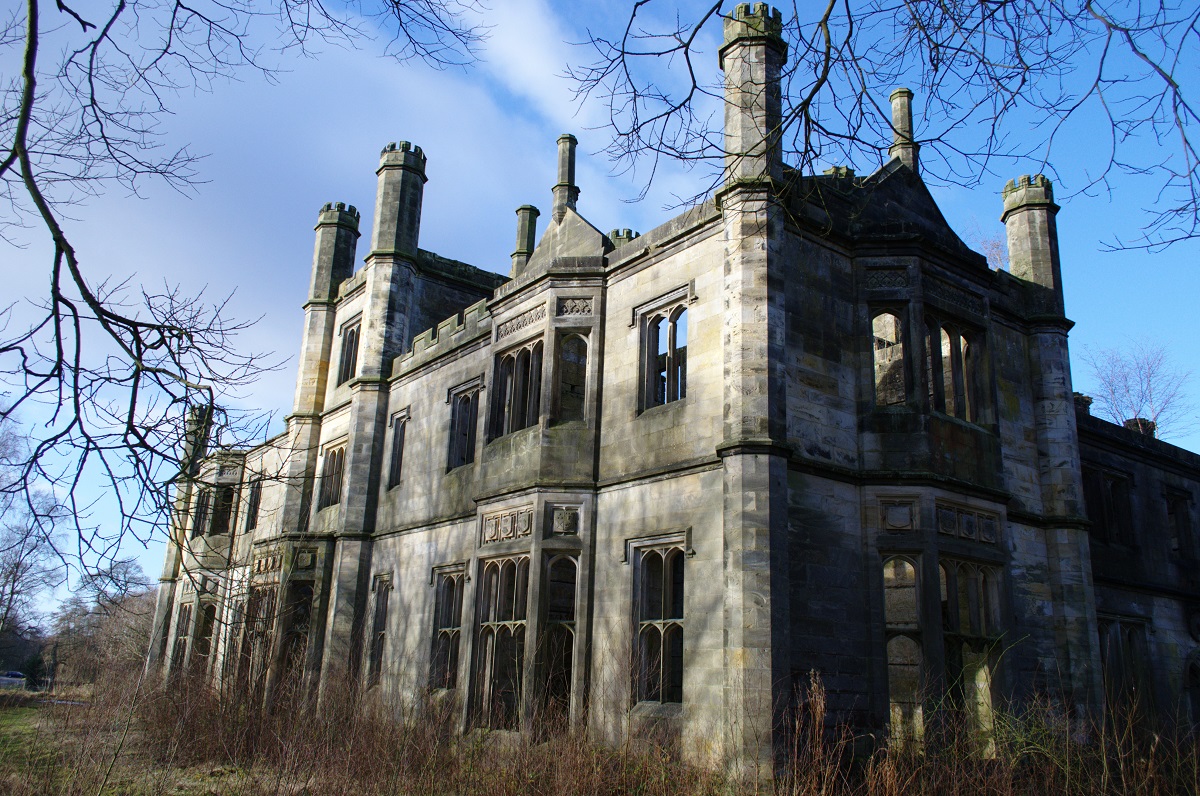 This must have been a stunning building in its day, and the stone exterior is still very imposing now. Unfortunately, though, there’s not a lot else left; the roof has completely gone, as have the internal floors, and the interior has been stripped right back to bare stone (apart from the odd surviving fireplace, some of which are now halfway up a wall due to the removal of the first floor). According to an inscription above one of the doors, the house was built in 1822, and according to its Buildings At Risk entry, it’s been disused for several decades now, so it’s not really surprising it isn’t in the best condition. 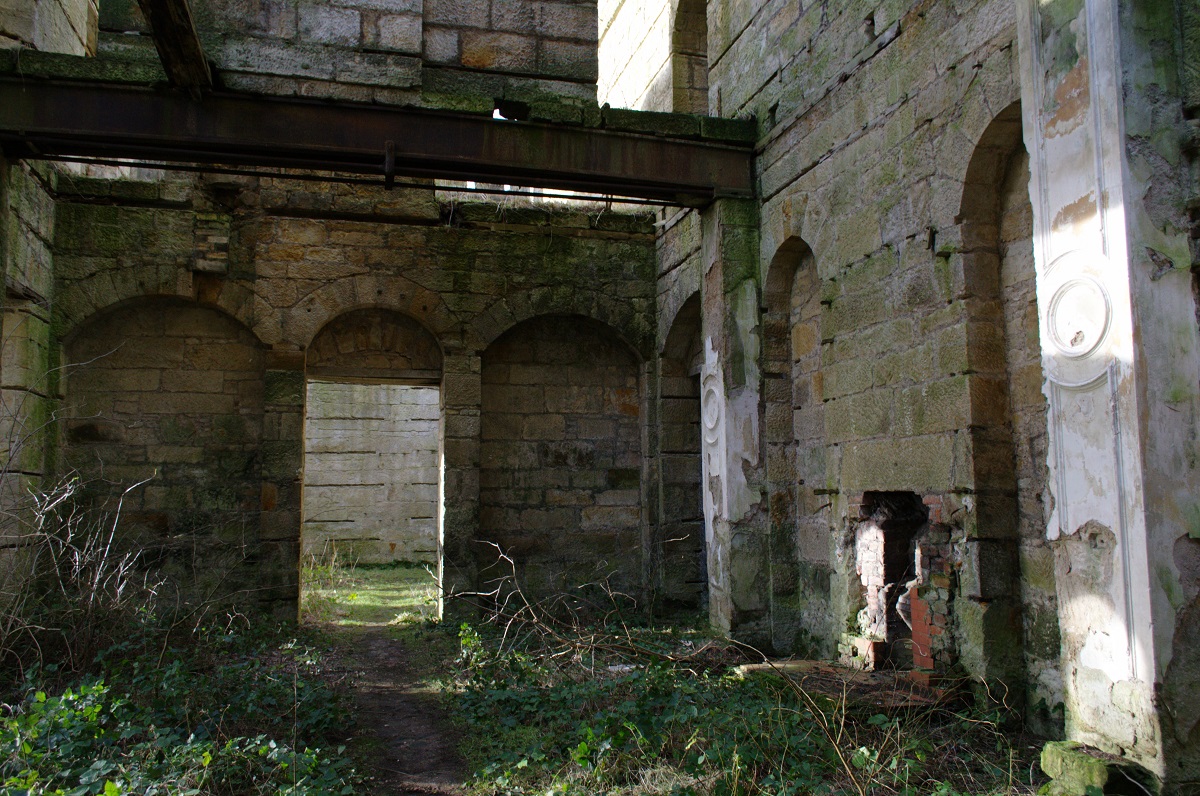 The whole place had a strangely neat and tidy look about it, as if it’s been very deliberately cleared out and made safe. There were no piles of rubble or discarded and broken furniture as there usually are in abandoned houses. Apart from the lack of information boards, fences and obligatory gift shop, it felt almost as if it could be a Historic Scotland property. 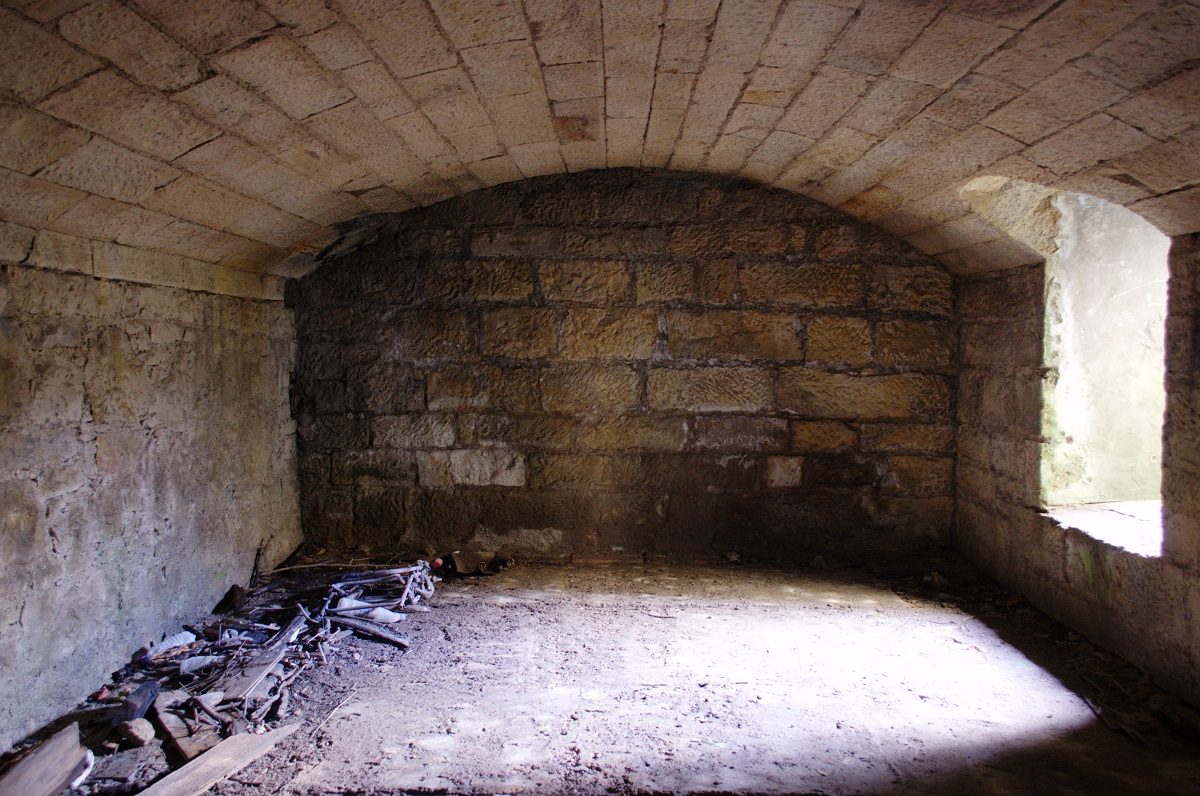 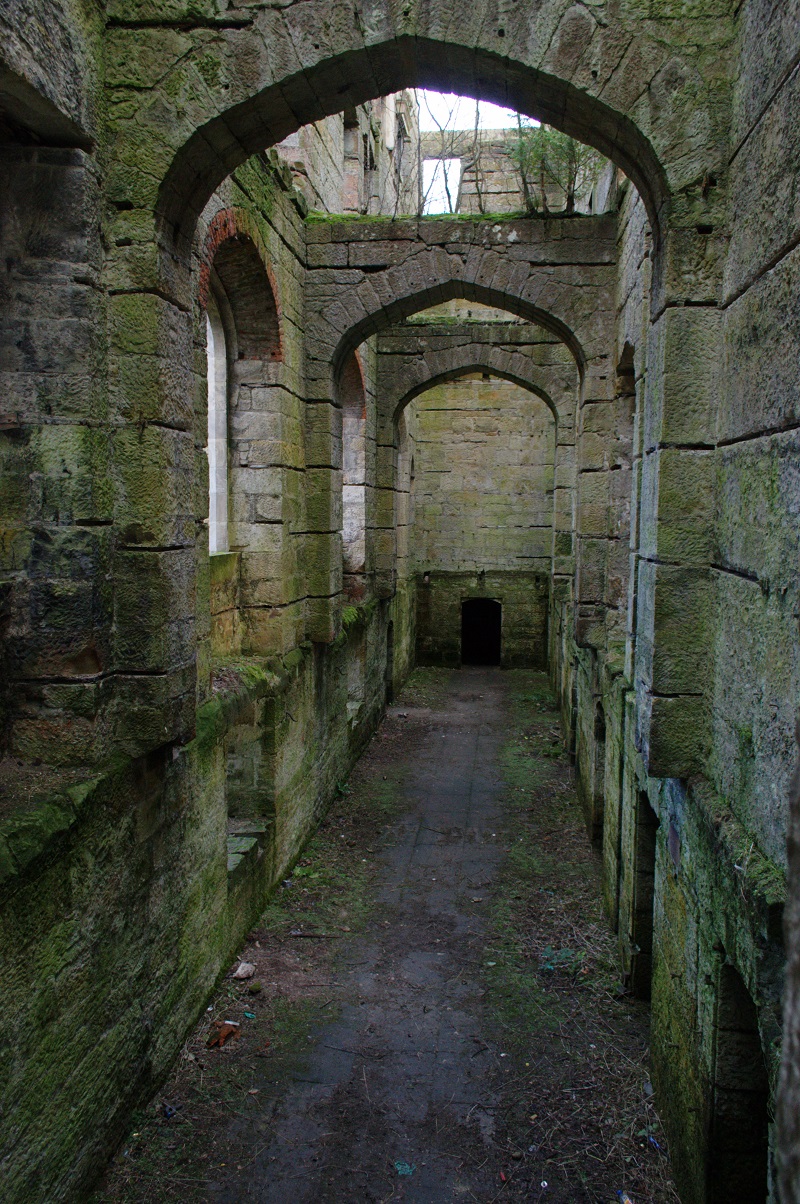 The highlight, for me at least, was the basement level. Underneath the ground floor, a warren of passages and chambers still exist. This includes several wine cellars, with rows of numbered shelves lining their walls, as well as emptier looking vaulted rooms. 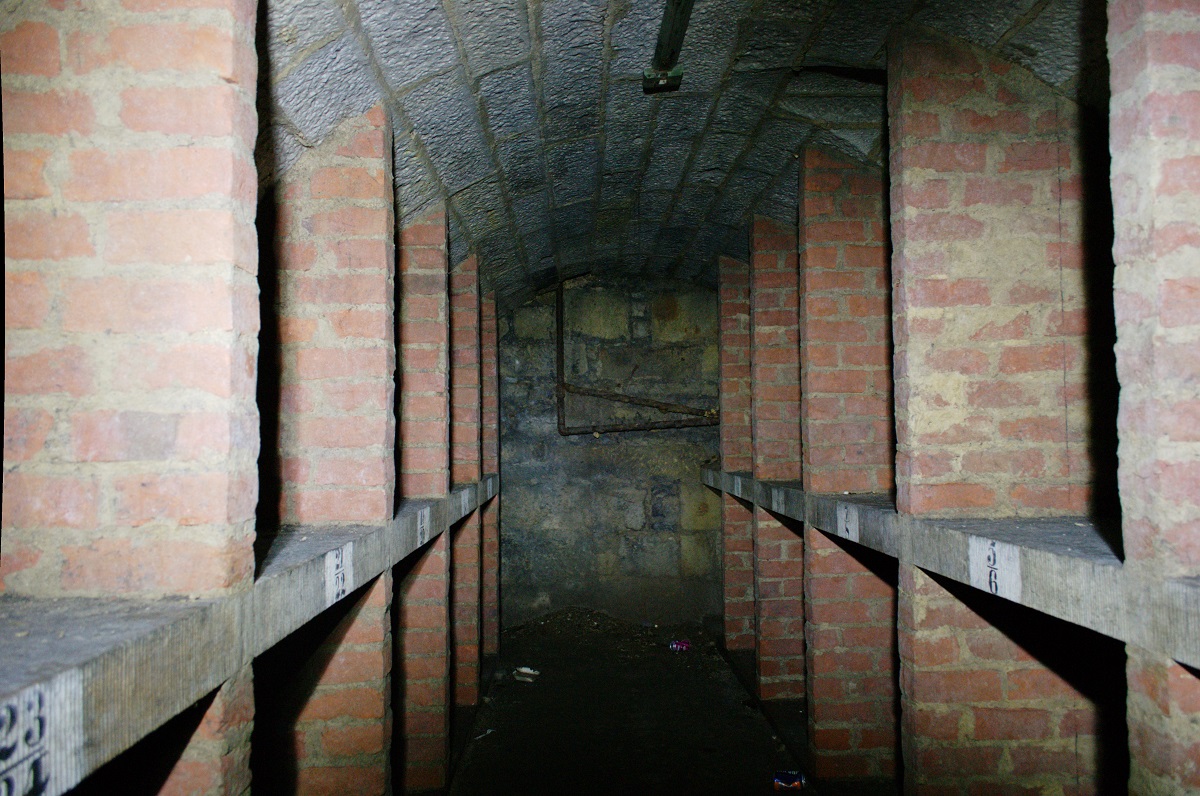 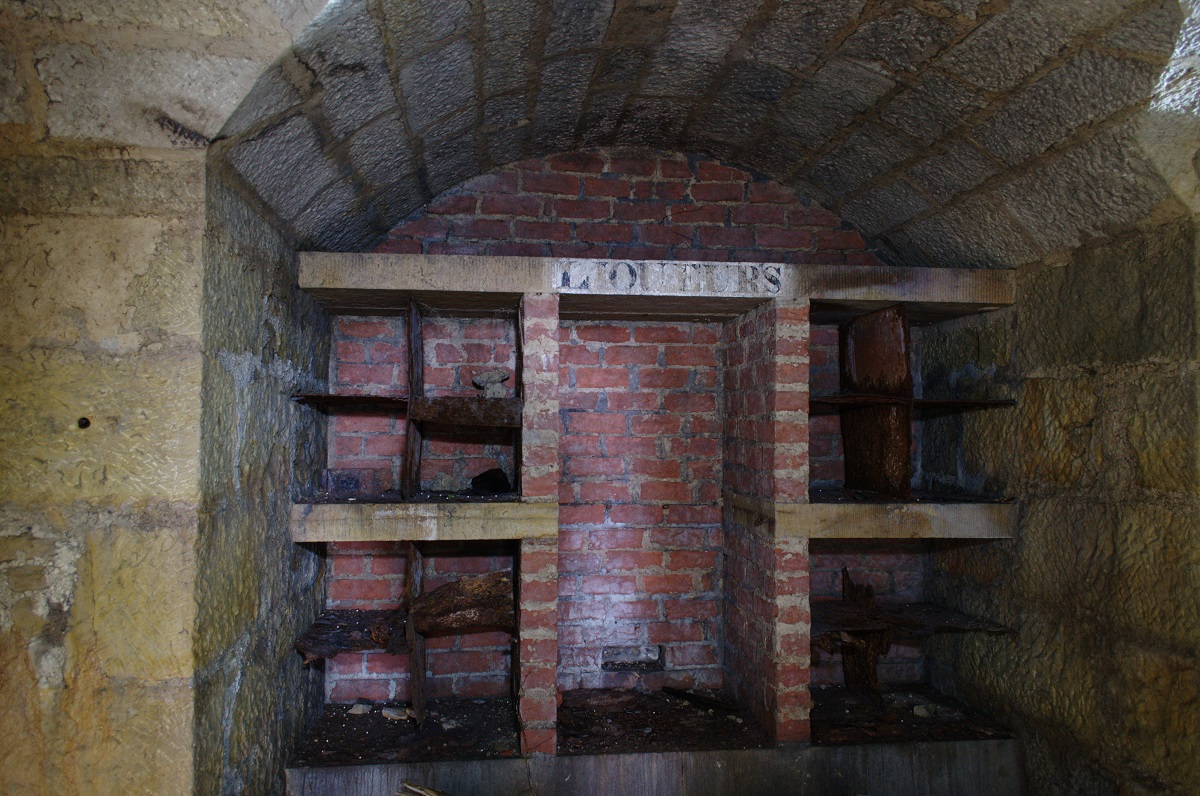 There was also this thing, which was probably some sort of oven or boiler originally, though even after one of my companions climbed inside it for a closer look we still couldn’t work out exactly what it was for. 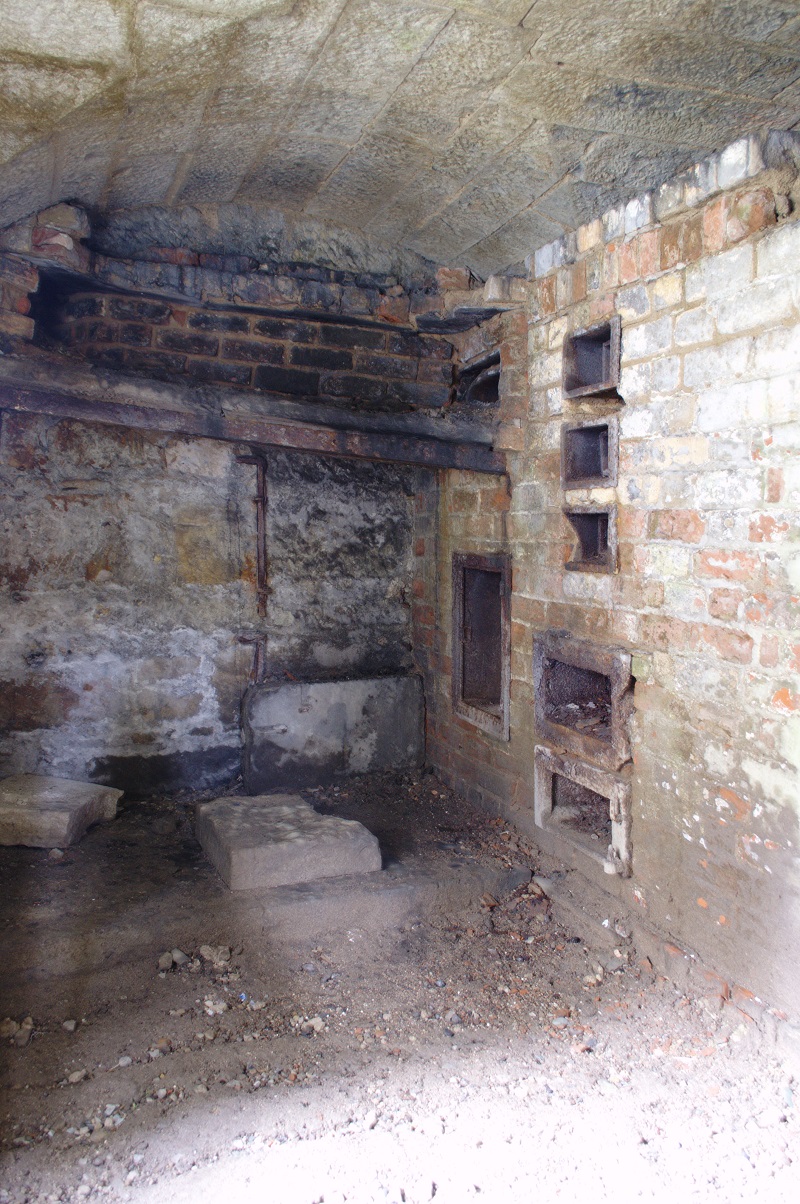 Also in the grounds of Dunmore Park is this even-more-ruined tower: the Elphinstone Tower. The top levels are almost completely gone now and we couldn’t get far up (at least not safely). 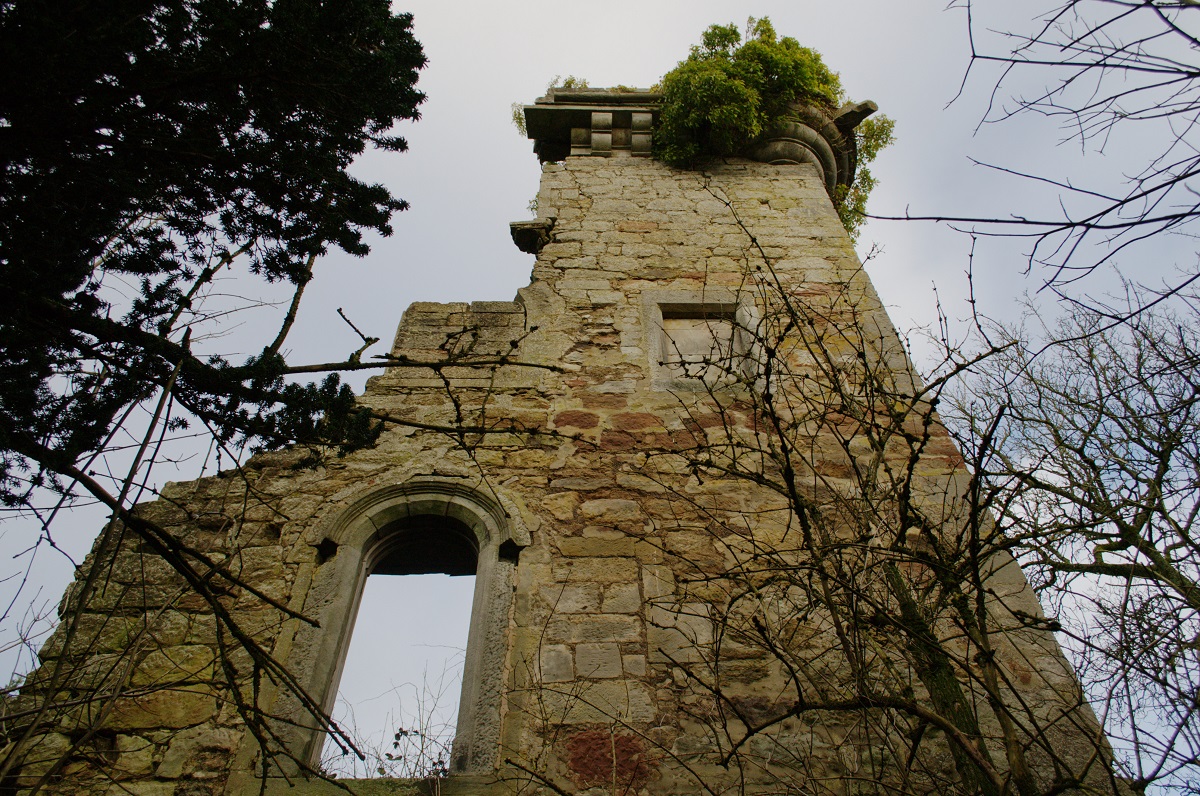 The ground floor is still intact; apparently it used to be a crypt, but the bodies were moved elsewhere after problems with vandalism. The heavy wooden door was standing wide open when we visited. 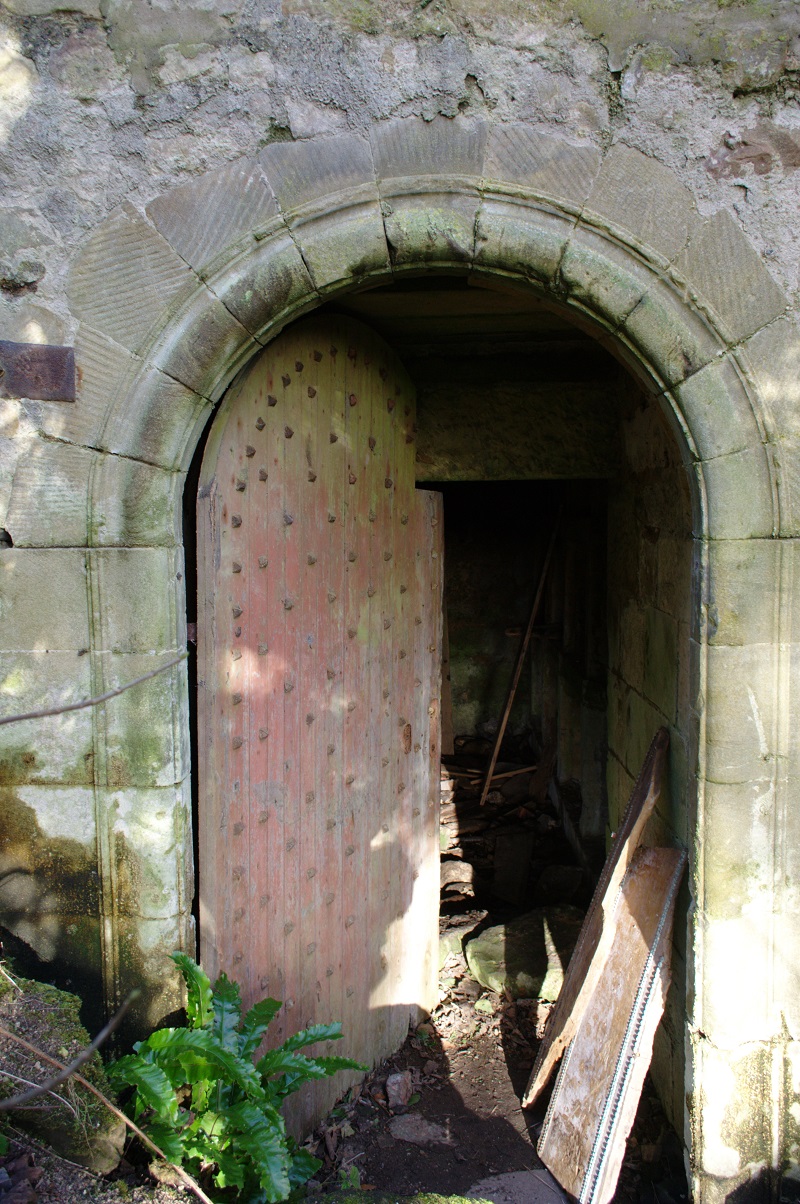