(Chronologically, this was actually the second part of the day, but it’s also by far the less interesting part, so I’m going to write about it first so that the second part isn’t a complete anti-climax!)

Of all the different places I’ve explored, I think the urban tunnels are my favourite. There’s something strangely appealing to my mind about disappearing underground at one familiar location, walking along for a while in your own little world that’s completely separate from the frantic city life going on above your head, and then popping out somewhere different. So I was looking forward to exploring the Balgray Tunnel underneath the Kelvinside area of Glasgow. 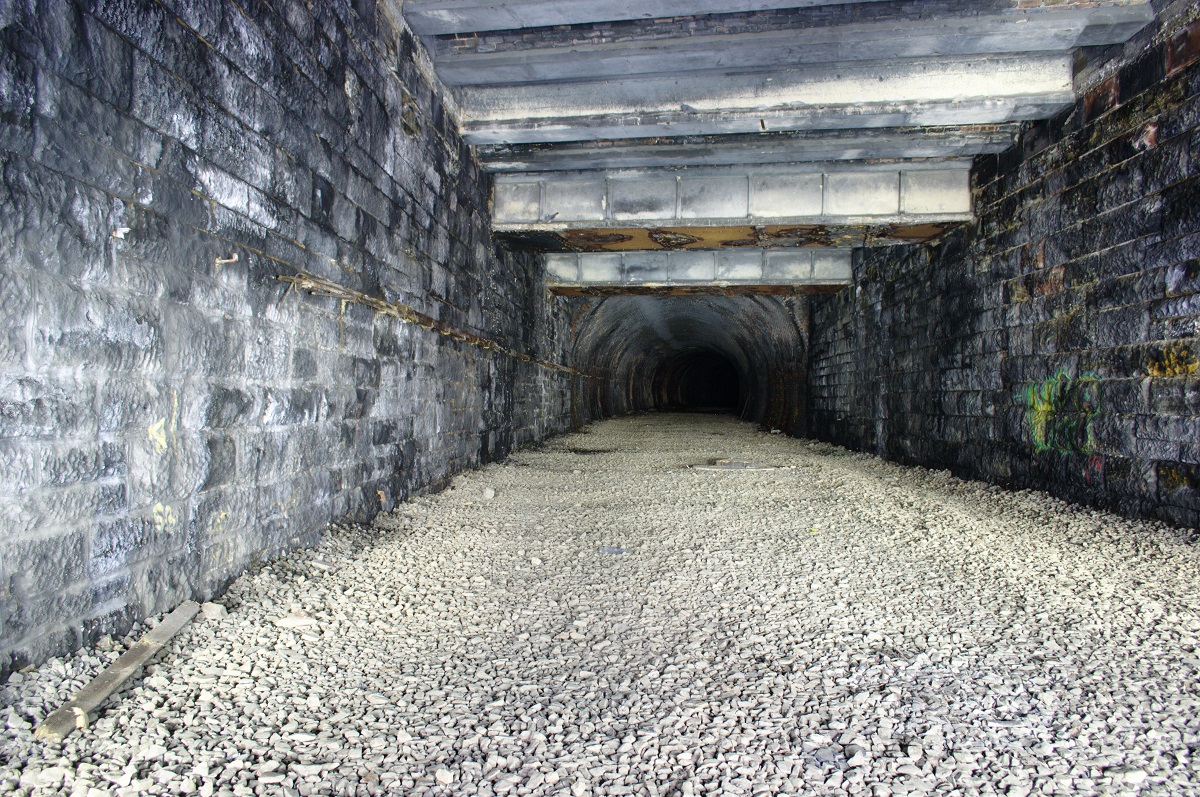 A double track railway tunnel, Balgray was opened in 1896 as part of the Lanarkshire and Dunbartonshire Railway, which originally ran from Possil to Dumbarton but is now almost all abandoned. From its south portal at the old Kelvinside Station, it runs on a constant curve, eventually emerging nearly 700 yards to the northeast. Both portals still exist although they are now fenced up and look out onto landscaped grassy banks where the railway line used to run. 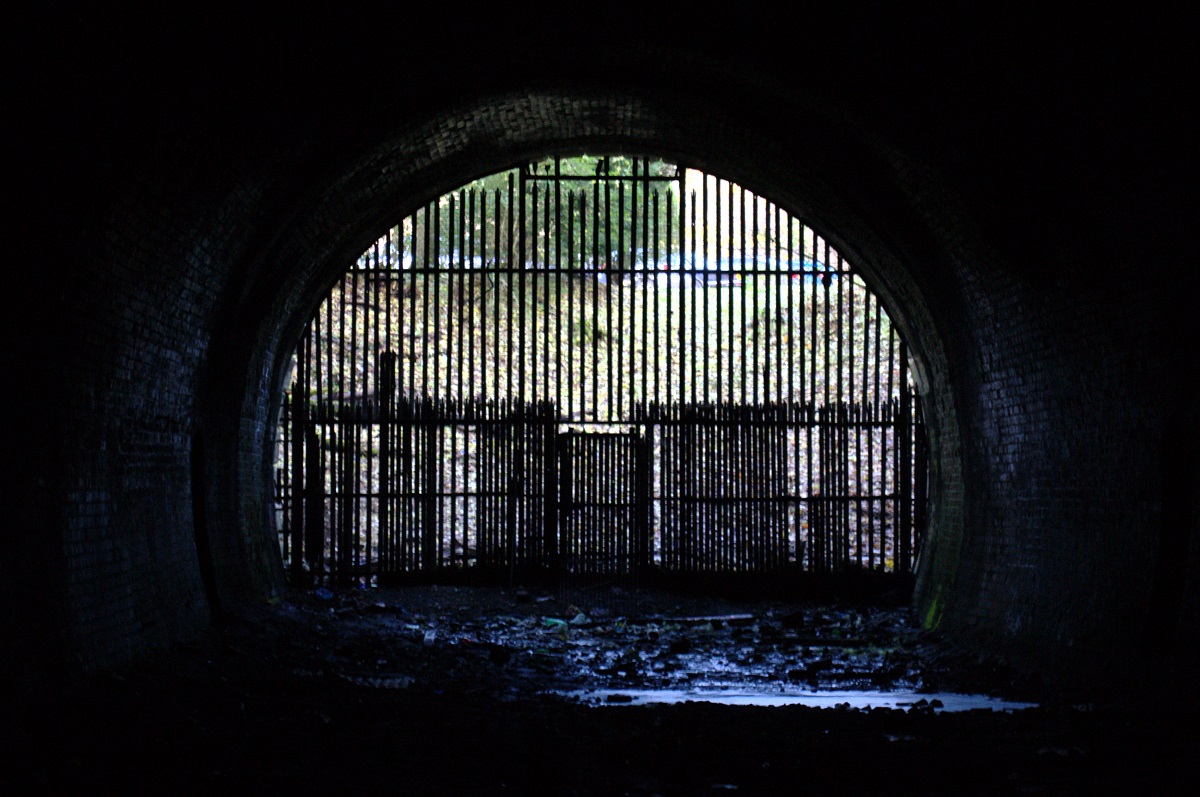 Although one of Glasgow’s longer disused tunnels, Balgray is fairly featureless inside. There are the normal refuges in the brick lining but for much of the length of the tunnel, there isn’t much else to see. The gravel floor is punctuated by numerous shallow pools of water. 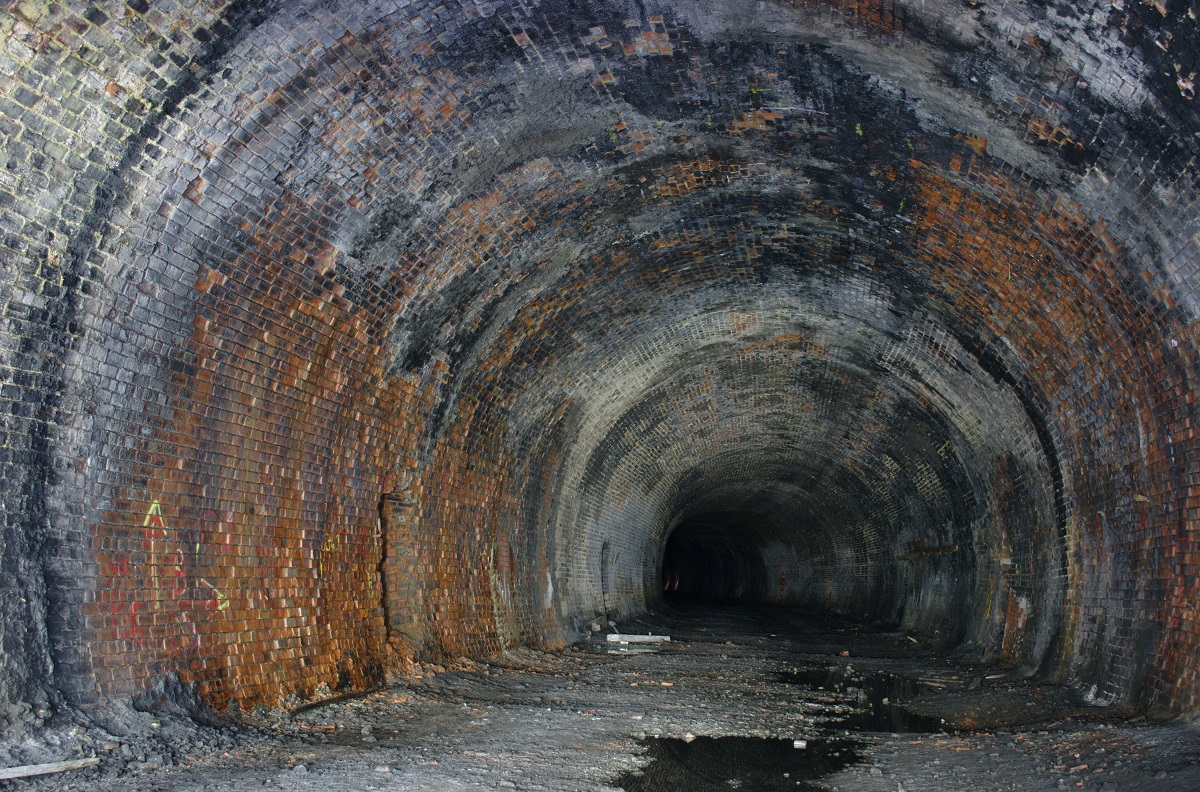 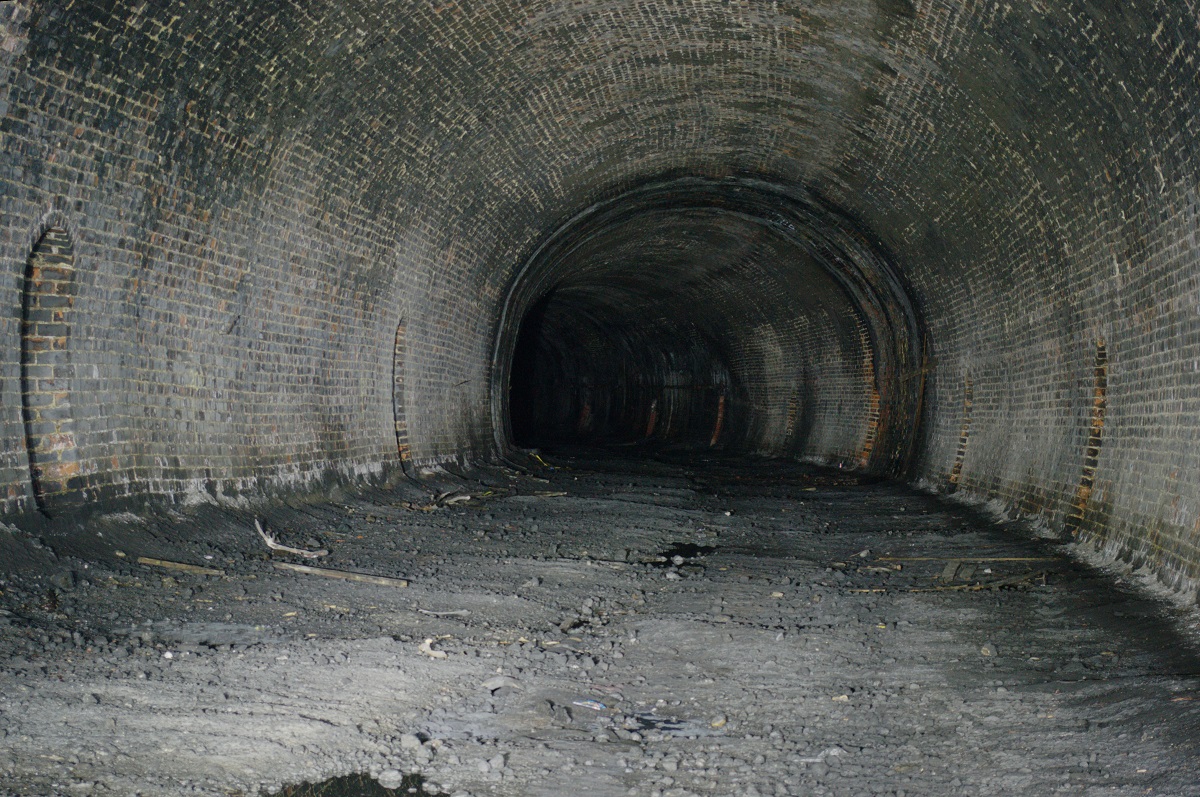 The exception to this is at the south end of the tunnel where the remains of Kelvinside Station can still be seen. The southernmost section of tunnel has a flat roof of metal girders, unlike the arched brick bore of the rest of the tunnel. At the end of this, the station’s two platforms remain on either side of the trackbed. 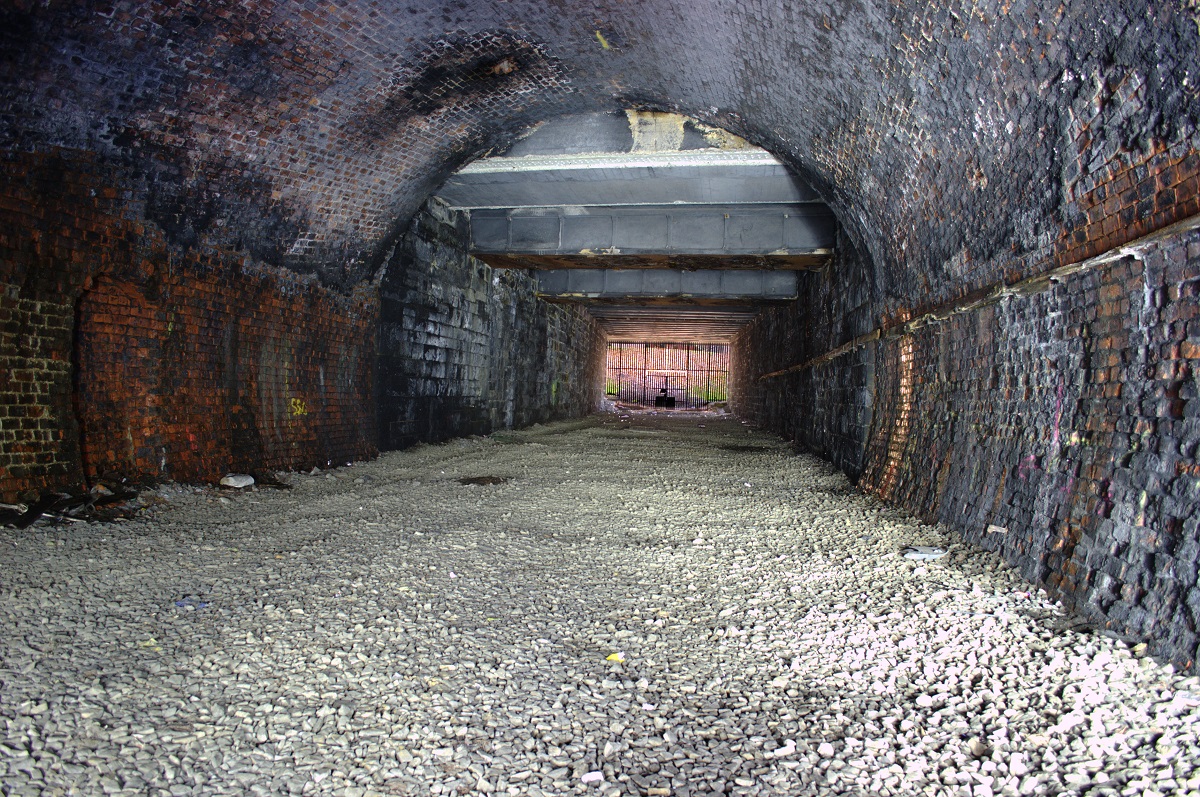 Each platform has a small tiled building on top of it; these are old toilet blocks in which battered and stained urinals can still be seen. 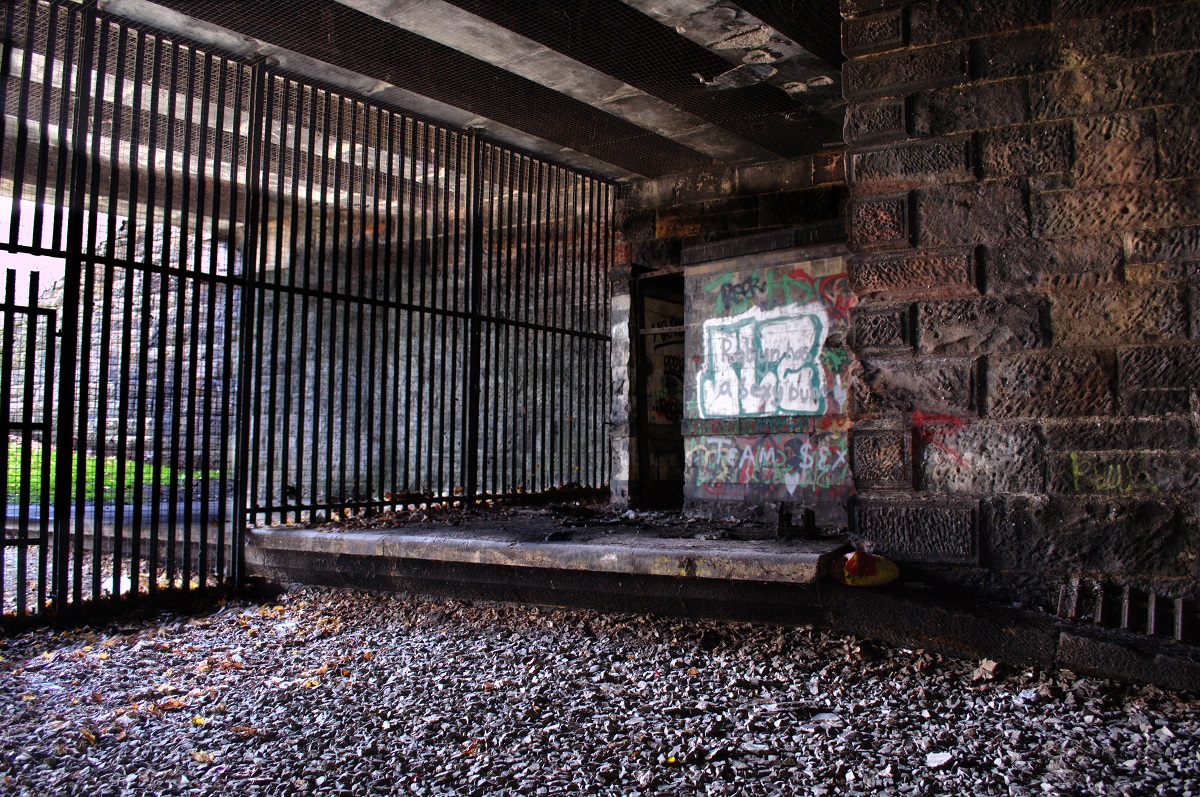 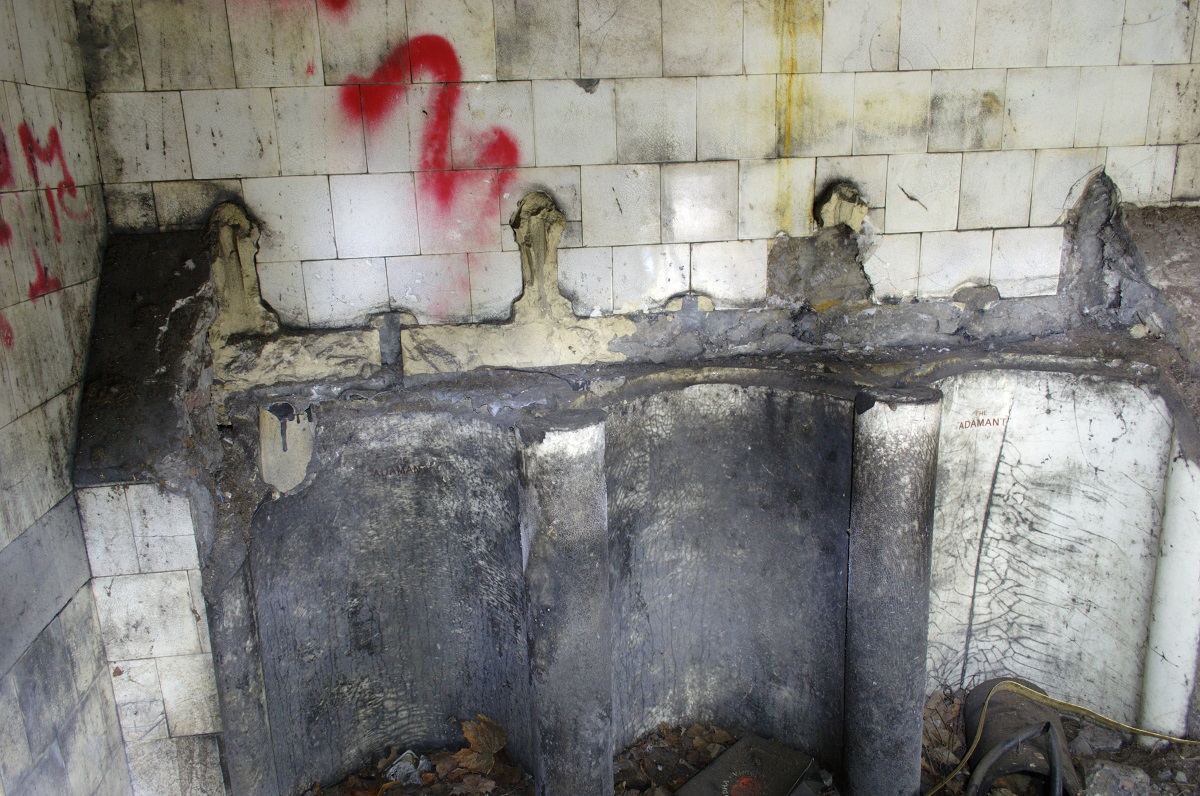 The main station building is above the tunnel portal. Although extensively modified following a major fire in 1995, it still exists and now houses a restaurant. The line of where the covered staircase that descended to the western platform used to be can still be seen on the wall at the rear of the building. 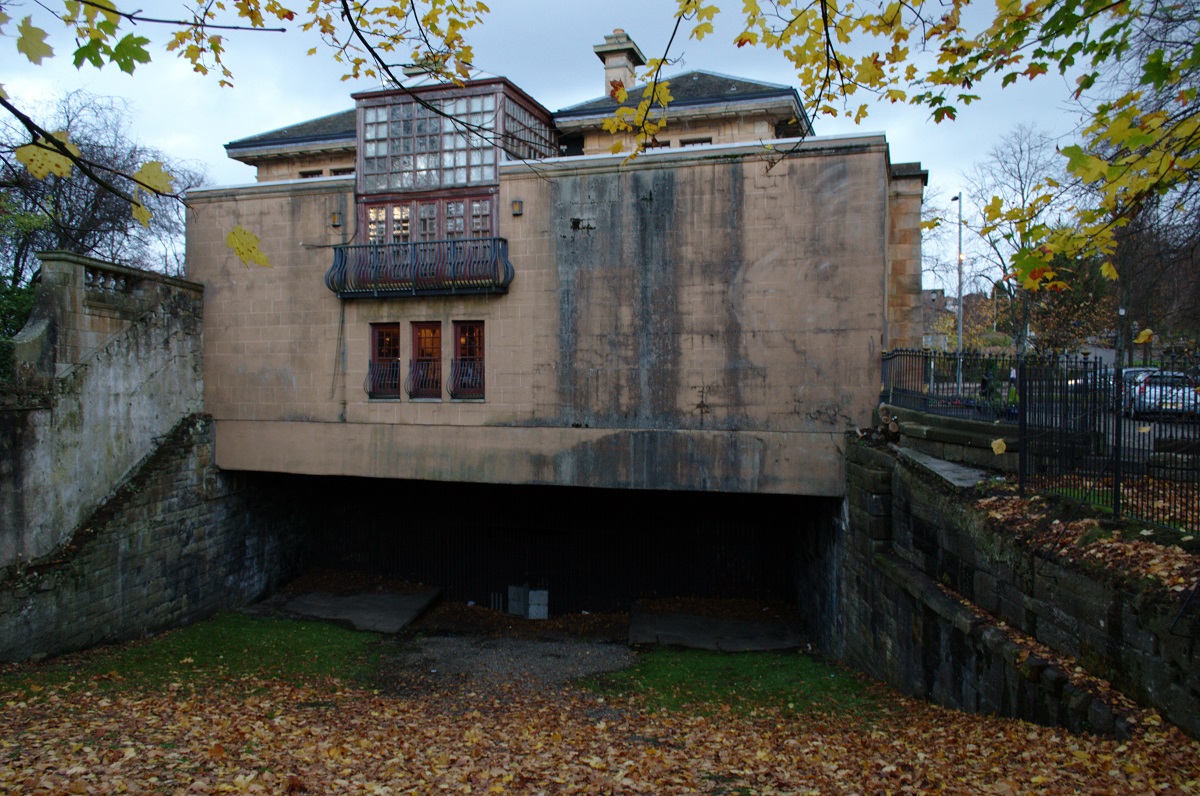