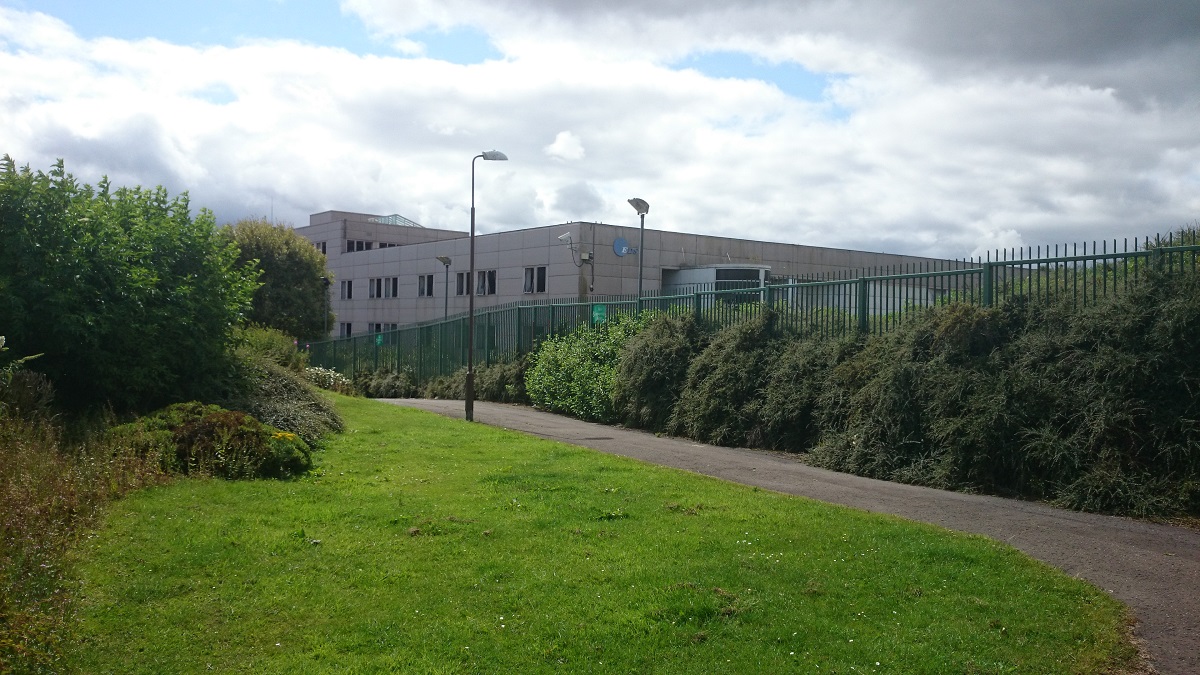 For our first “proper” explore in several months (life has been getting in the way lately), my faithful exploring buddy and I had our sights set on a huge abandoned office block not far from her place. It’s been empty for about 4 or 5 years and rumour has it that it’s likely to be demolished soon. Rumour also had it that there were homeless people living in there who weren’t particularly friendly towards intruders, which made me slightly nervous right from the beginning. 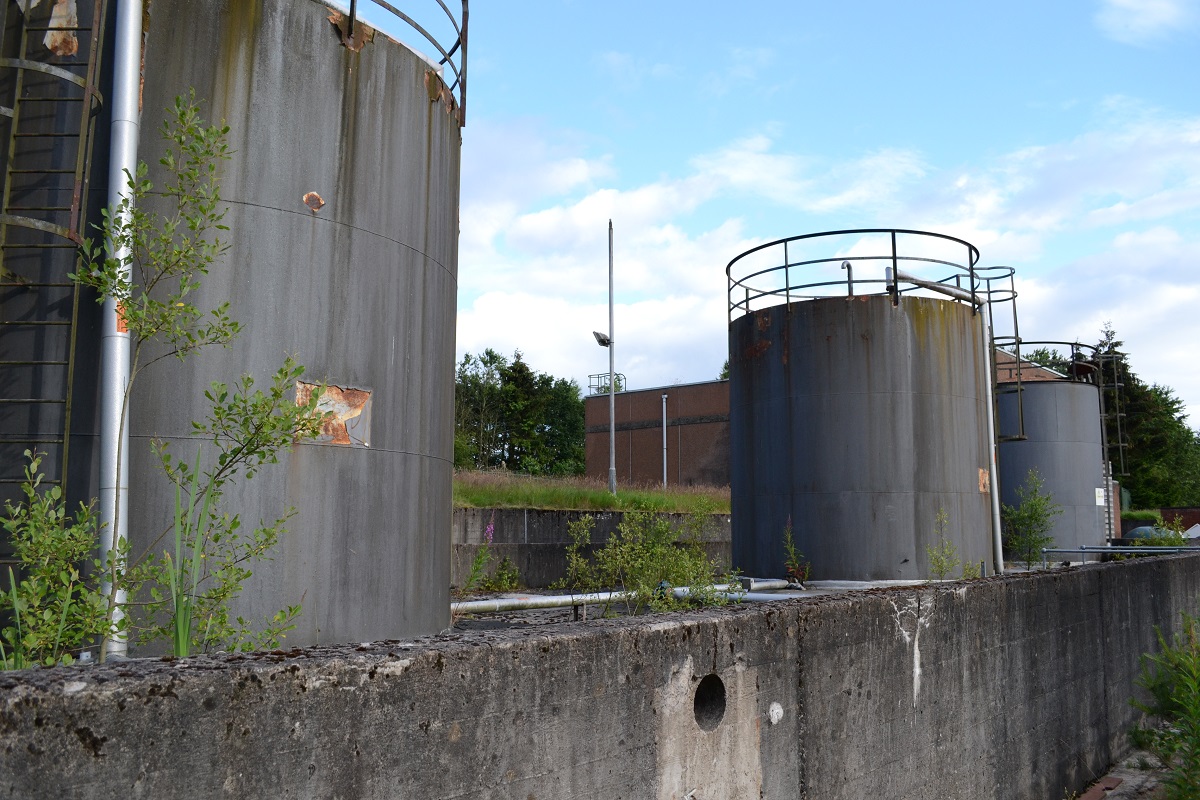 Our explore was not off to the best of starts when we discovered the entrance I’d found had been sealed up (not really surprising considering how obvious it was, and considering several weeks had passed since I saw it), but luckily we managed to find an alternative and soon we were inside the large perimeter fence, keen to get a better look at the building itself. 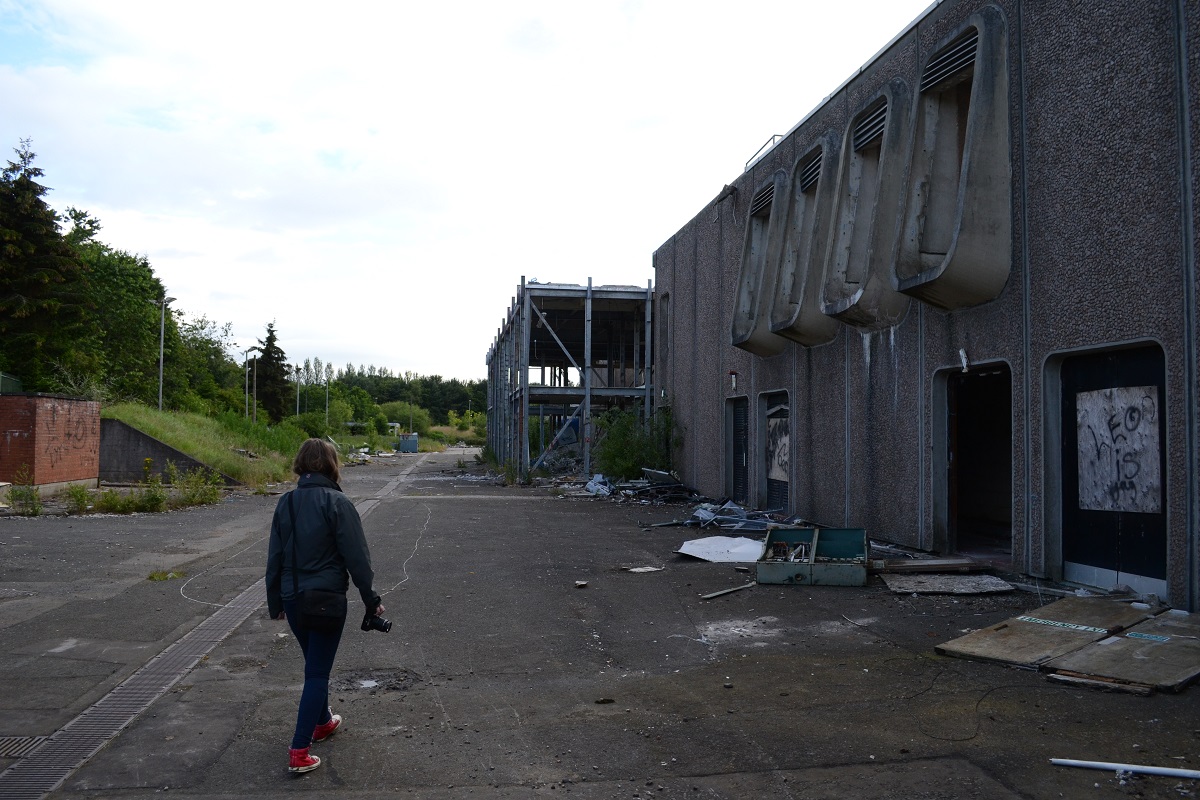 The building used to house a government computer facility and offices for the DSS (Department of Social Security), processing pensions and benefits and so on. Later this was outsourced to private companies but still done in the same building. Due to the nature of the work done here, security used to be tight, which explains the rather incongruous looking tall spiky fence surrounding the site. 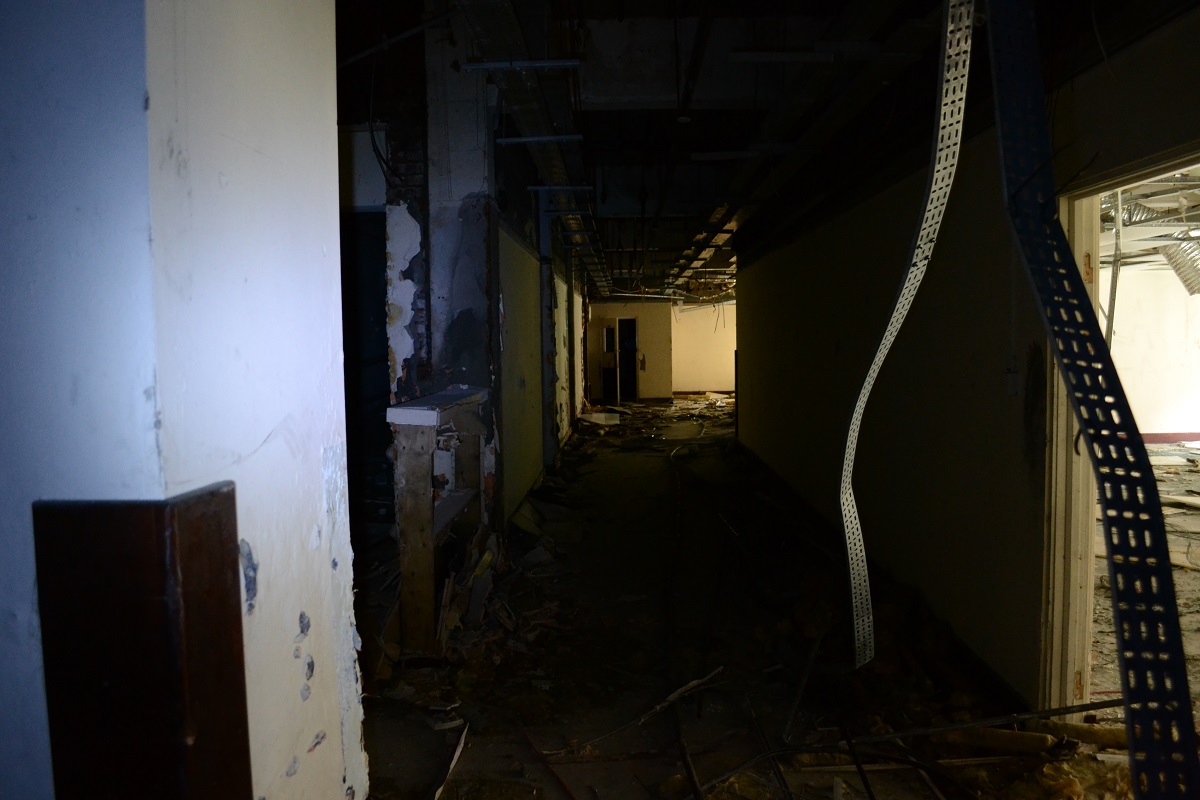 By the time of our visit, the building was badly wrecked, mostly a hollow shell inside. Almost none of the windows remained intact and the floors inside were littered with all kinds of debris. At the front of the building were large rooms that were probably open plan offices. At the back we discovered the boiler room and various other industrial looking plant, possibly once providing power and cooling for the computers that were housed here. 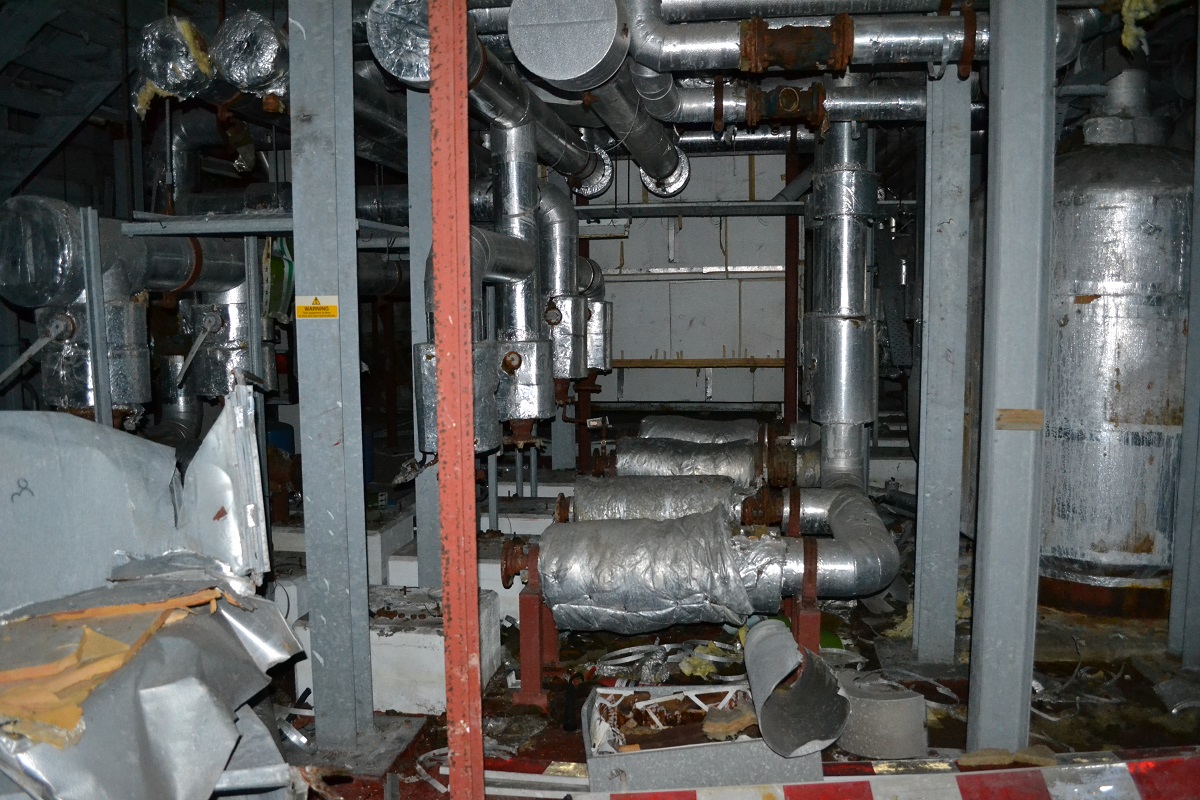 Before we’d even seen all of the ground floor, our explore was abruptly cut short when we heard noises from another room that were too loud to have been caused by an animal, or by the wind on this calm morning. Realising we weren’t alone in the building, we put into effect our previously agreed plan of getting the hell out of there as quickly as possible. Having seen inside this building now, it wasn’t interesting enough to be worth risking a confrontation with whoever we might have disturbed. As we made for our exit I looked back anxiously at the open doorways behind us, but thankfully there was no sign of anyone emerging from them.

As it was still early at this point, we decided to go and check out our “backup” site, an abandoned brick works. 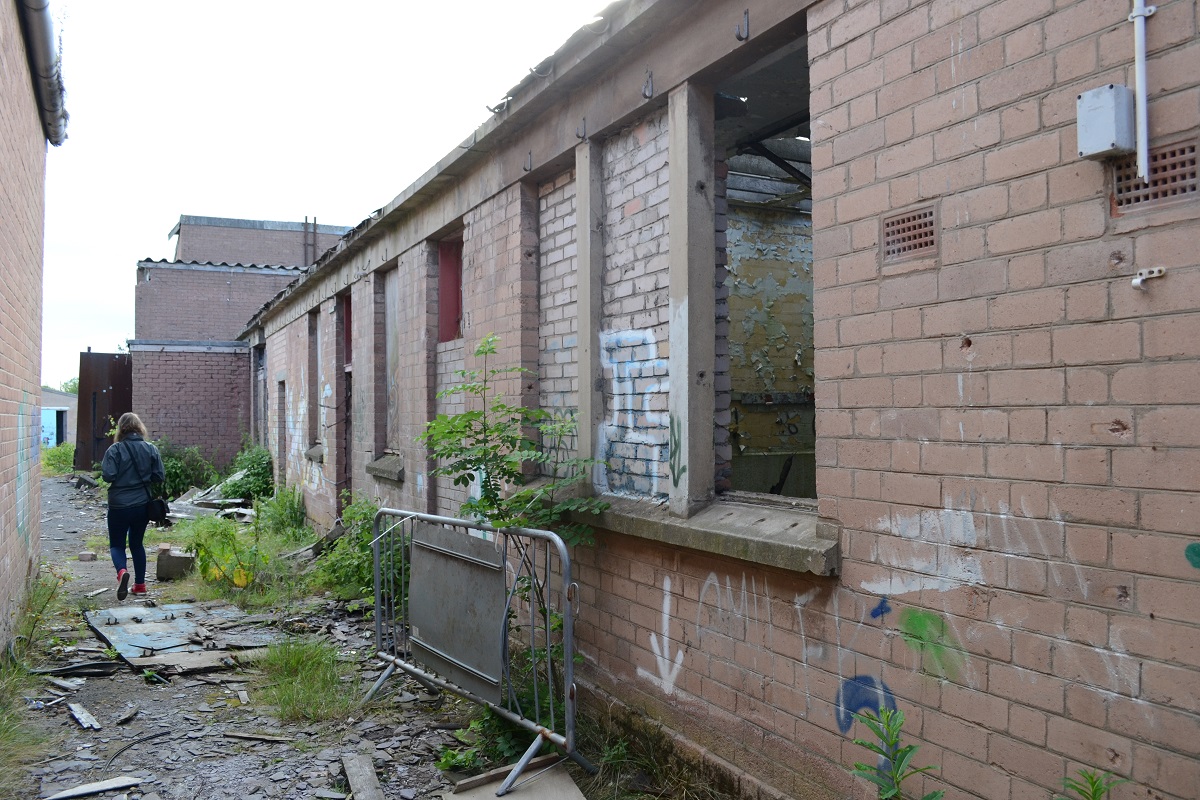 There wasn’t a lot to see here. The buildings scattered around the site were now empty shells. 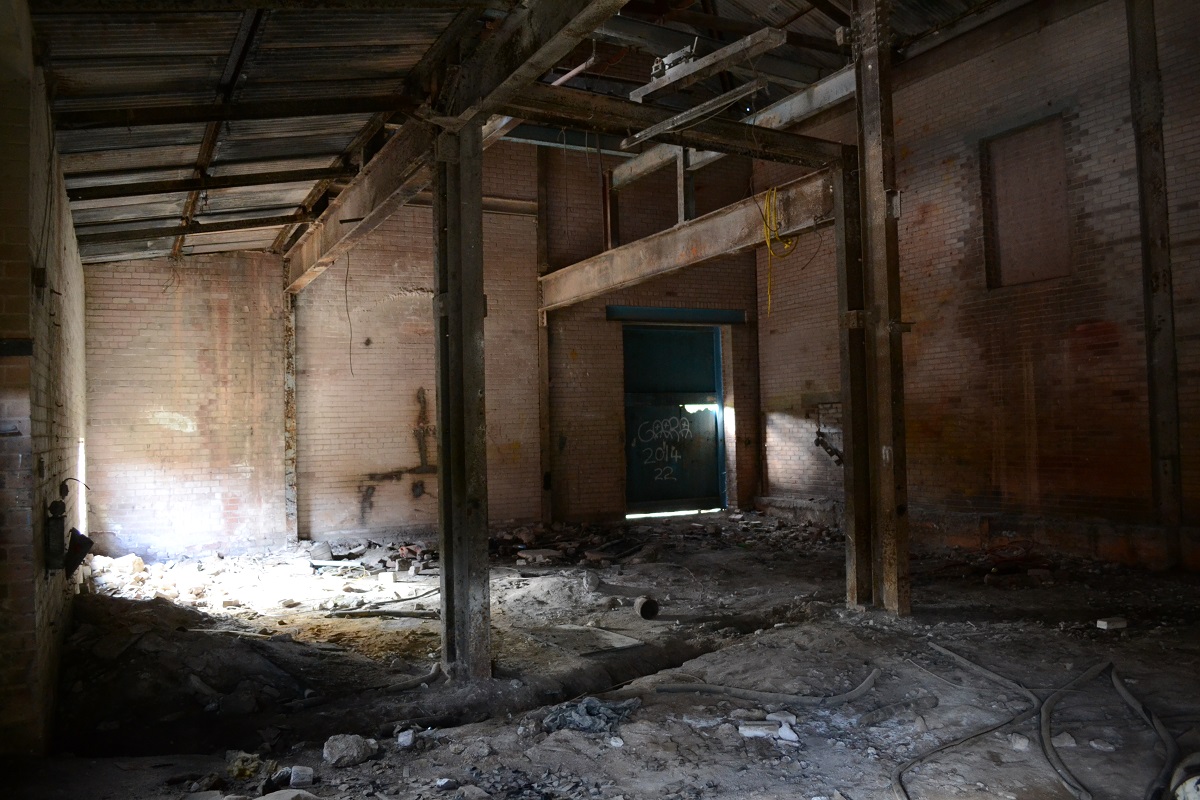 It was a pleasant enough morning for a wander round, though. 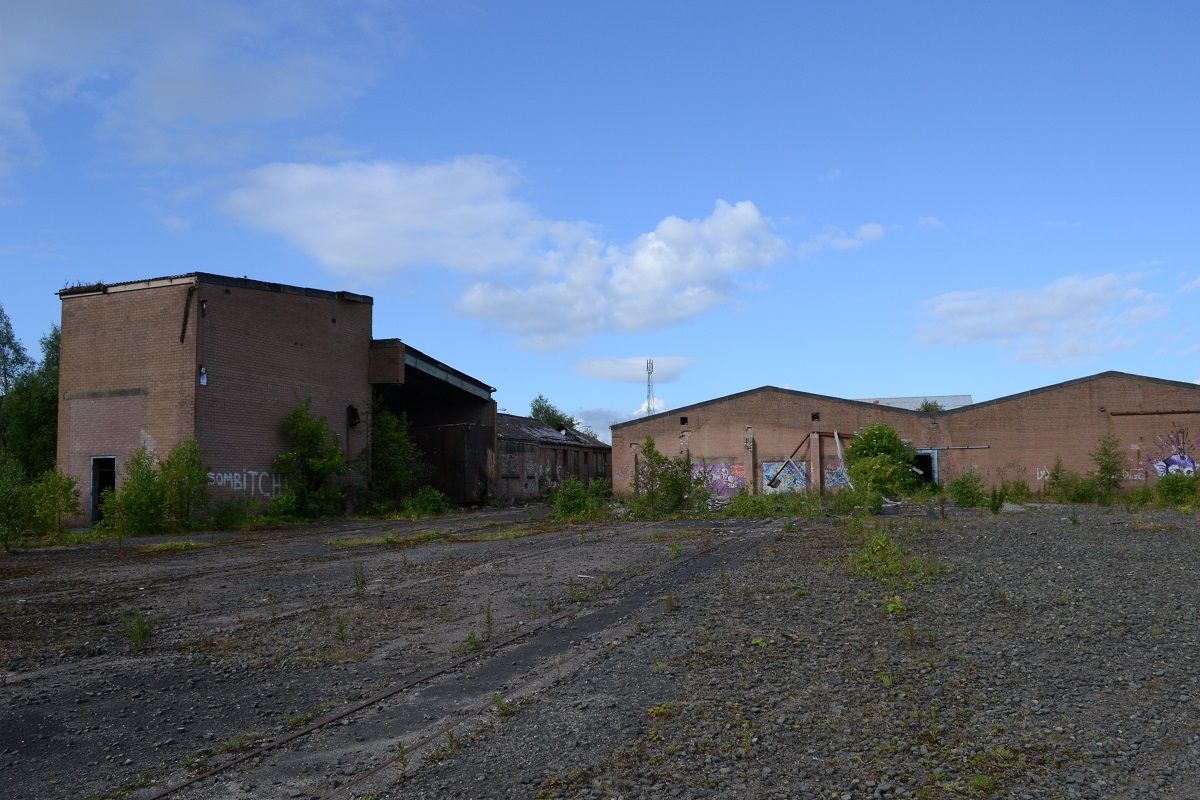 And there was some quite impressive graffiti. 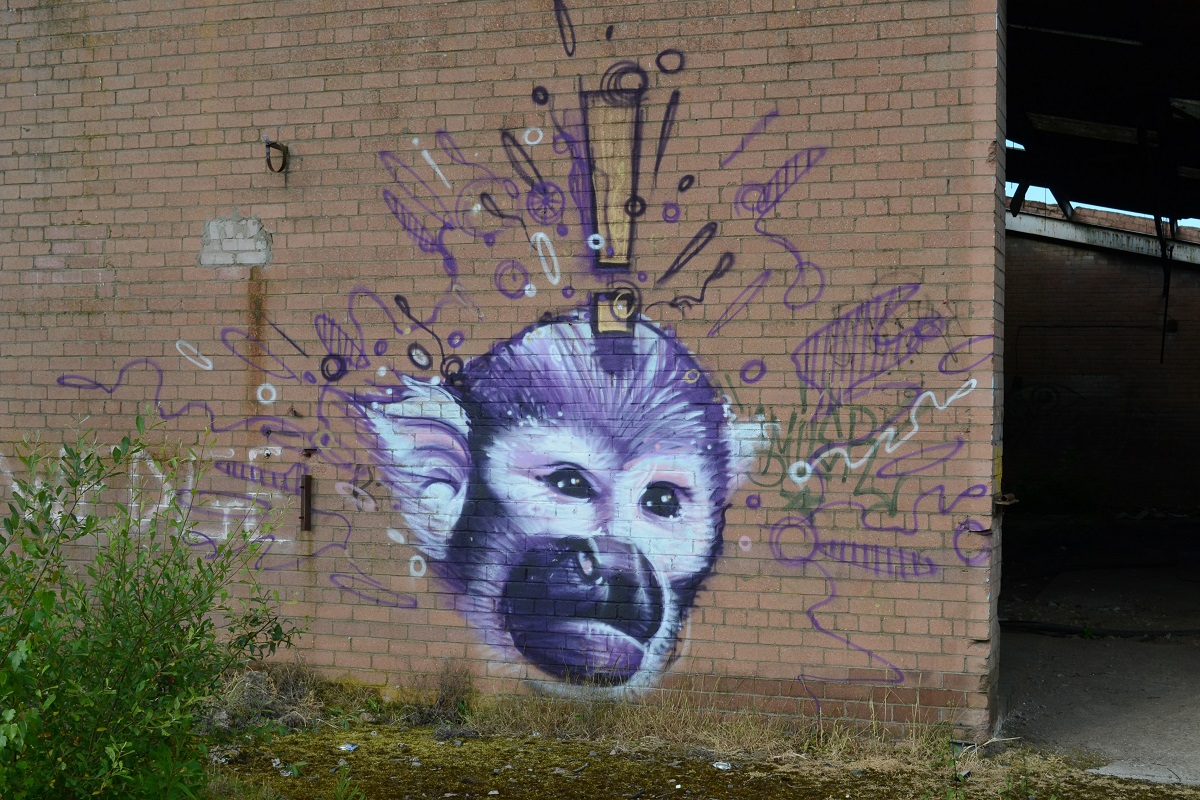