We explored the Gray, Dunn & Co. factory after a frustrating morning of failure at another site. (I won’t say where because I’m still hoping to go back and explore it some day, but I can say that our first experience there involved walking miles to try and get to it, realising we’d come in from the wrong direction, walking all the way back to the car, driving round to the other side, walking miles from that side, very nearly getting to the place, then being seen by a security guard at the last minute and having to give up and walk back to the car again. All this after a nearly three hour drive to get there in the first place. Grrr). But thankfully the factory more than lived up to my expectations and it turned out to be a very good day’s exploring overall. 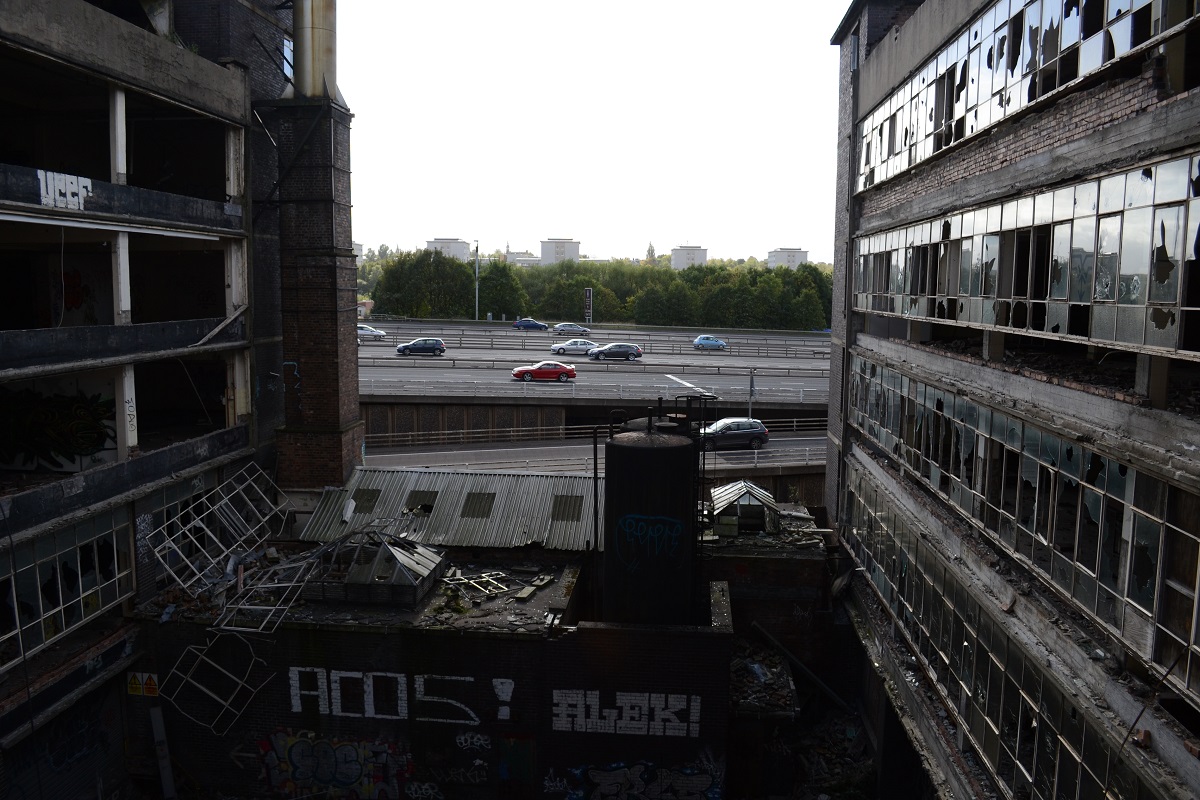 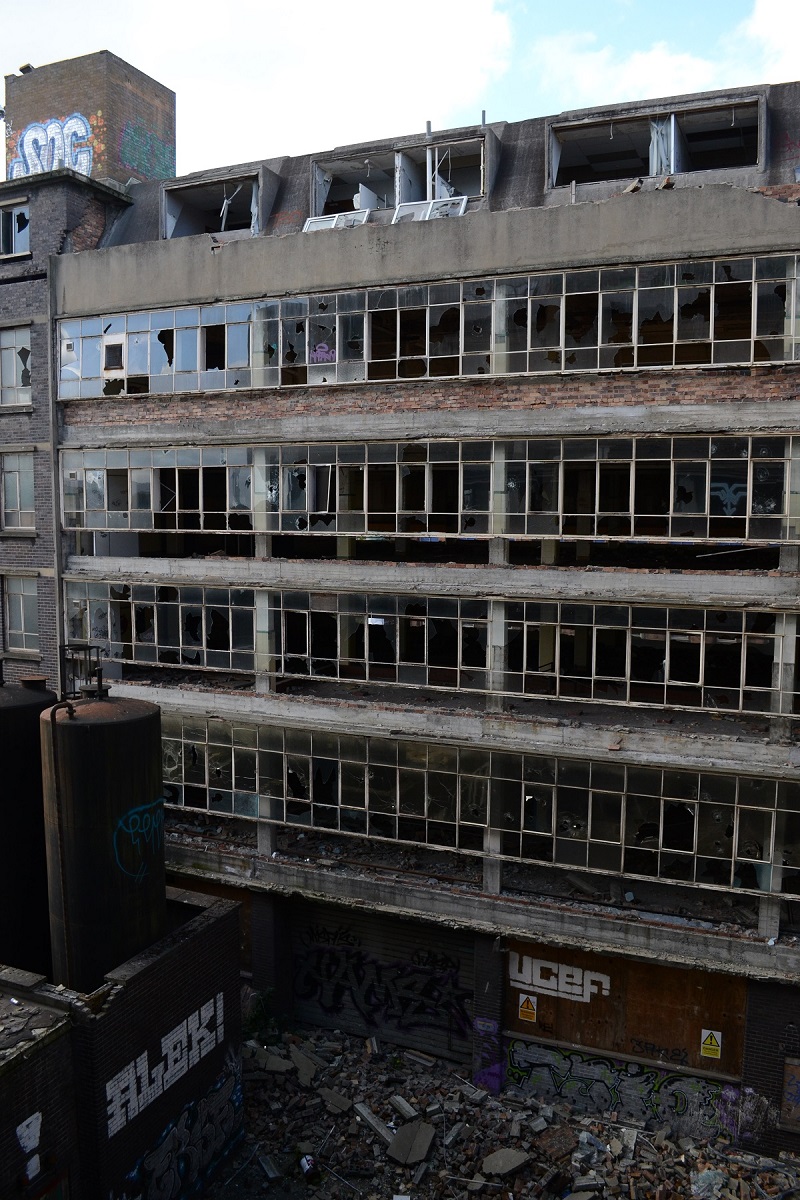 The Gray, Dunn & Co. factory was originally built on this site in the Kinning Park area of Glasgow in 1862, however it was extensively reconstructed later on after being partially destroyed by a fire in the late 19th century. It continued to produce Gray and Dunn’s traditional biscuits and caramel wafers until the company was taken over by Rowntree’s in 1978. Rowntree’s was in turn taken over by Nestle a decade later and the factory was by this time producing Nestle products, including Kit Kats, Blue Ribands and custard creams. 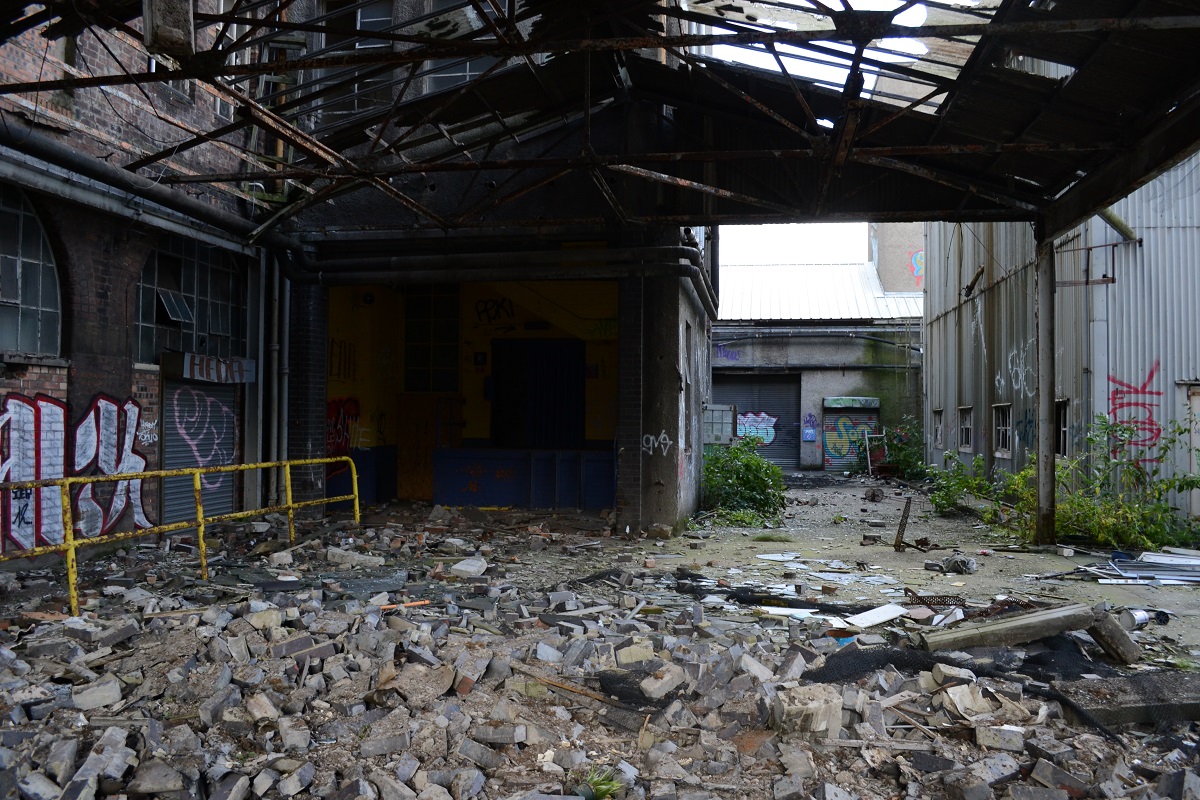 The factory finally closed in 2001 and has been derelict ever since. A massive building, 6 storeys high in places, it’s built around a central yard, right next to the busy M8 motorway. Following years of vandalism and decay, most of the windows are now broken and the yard is strewn with rubble that once formed parts of the walls. 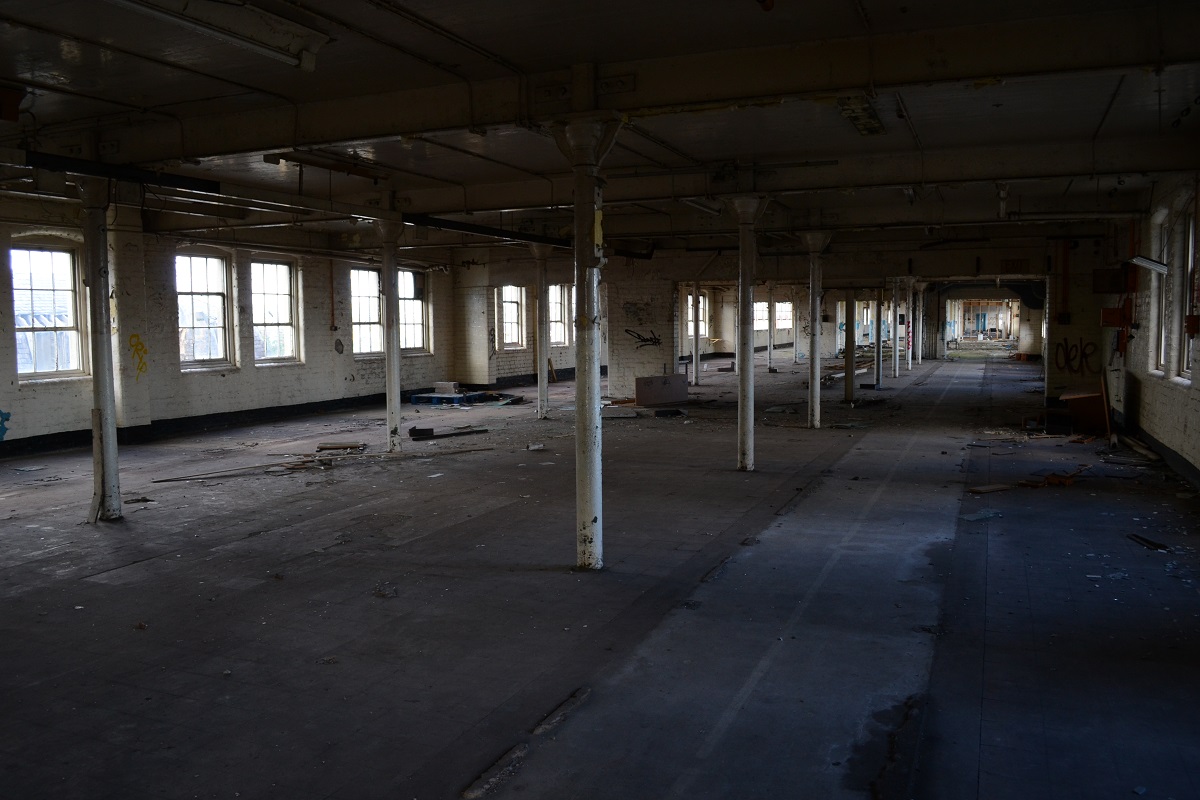 Inside, the building is mostly empty now. Huge rooms with bare concrete floors and numerous pillars stretched off into the distance in front of us. 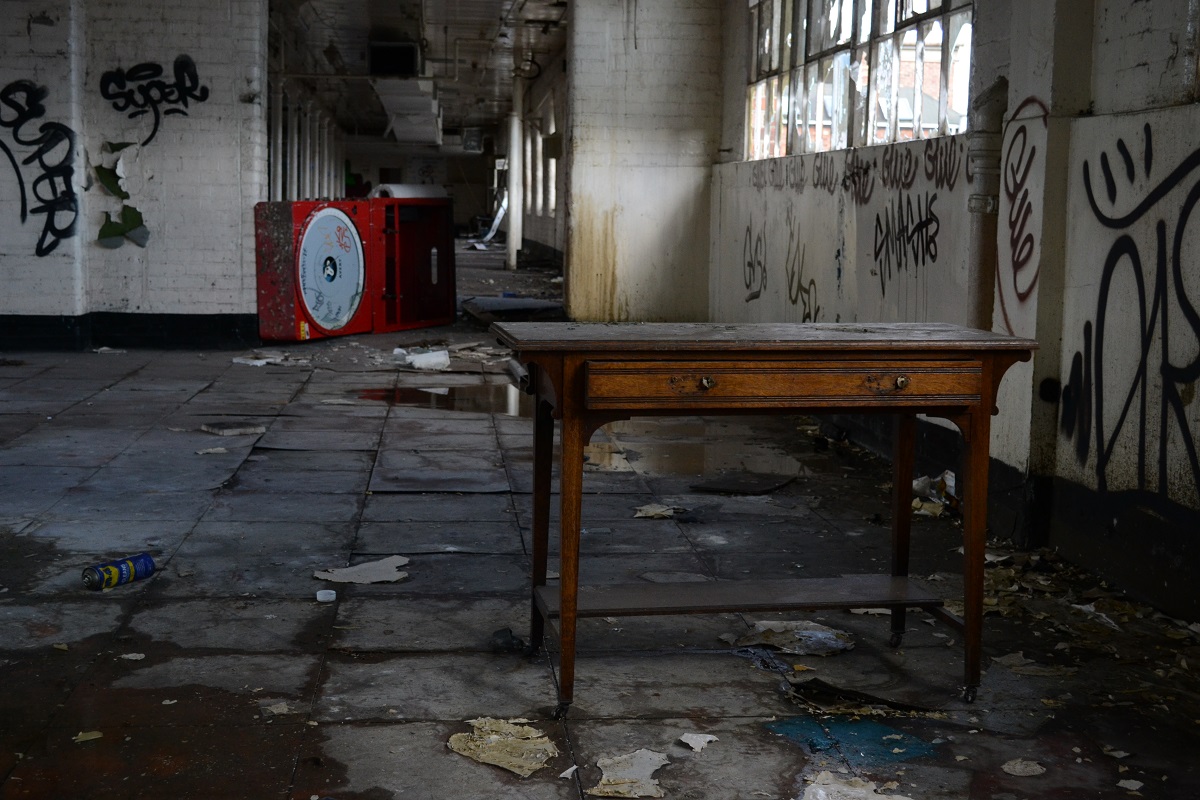 In places, relics of the building’s past use can still be seen. A few large red Avery weighing machines were still there, and a list of contact numbers for factory staff was taped to a pillar. 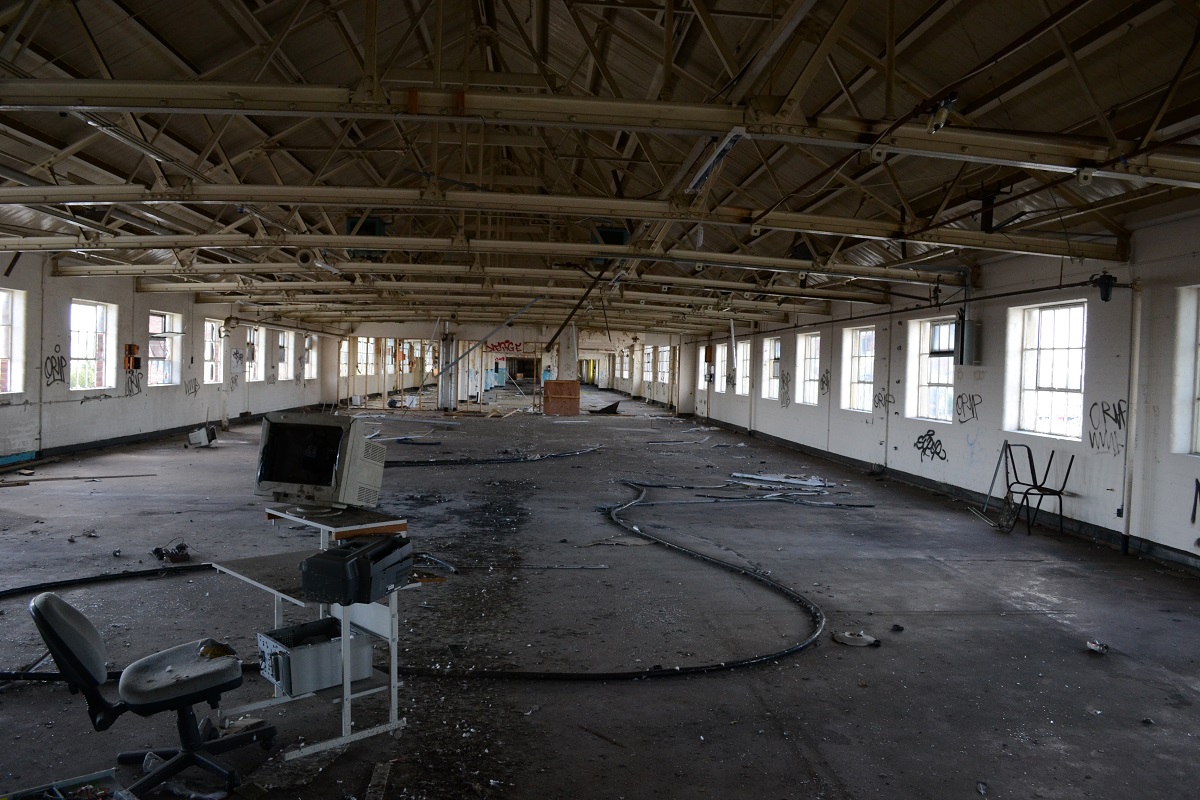 On the top level we were greeted by the strange sight of a lone computer workstation, complete with swivel chair, in the middle of a vast and otherwise empty room. 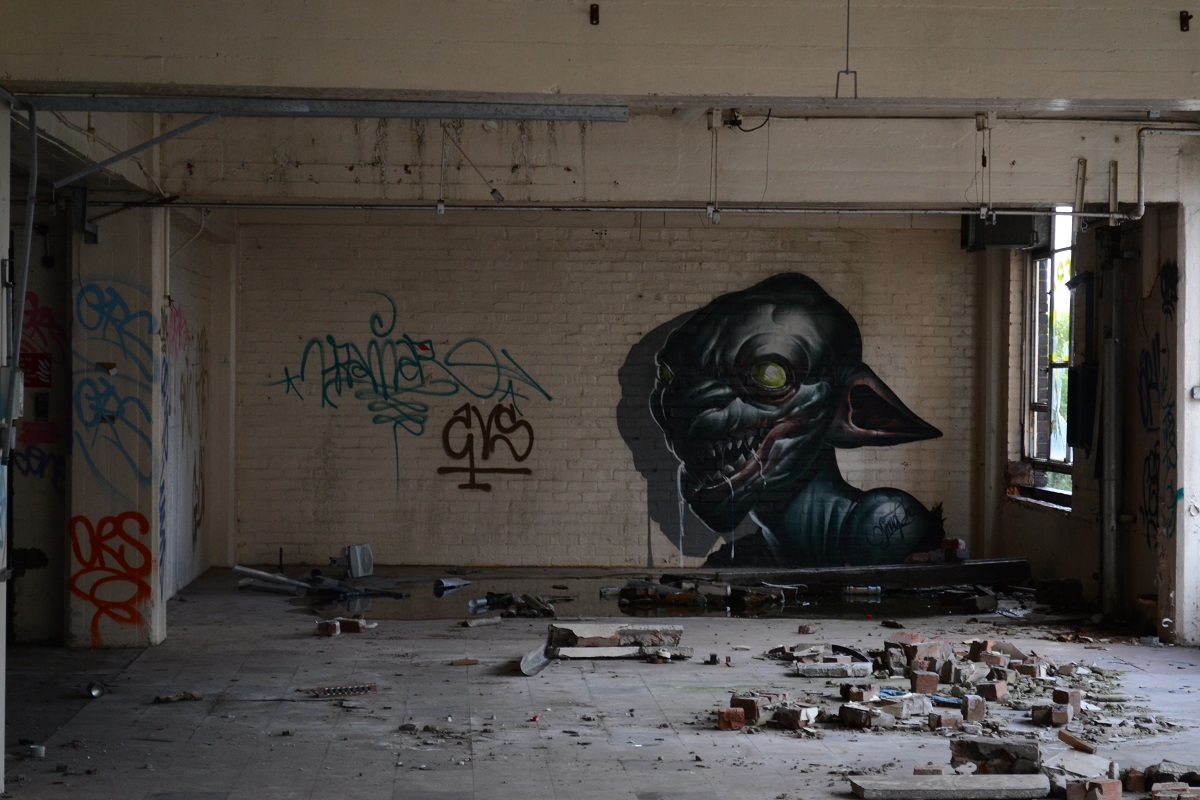 Some of the graffiti on the walls was rather impressive, especially this item, which I thought looked like a cross between Gollum and an alien. 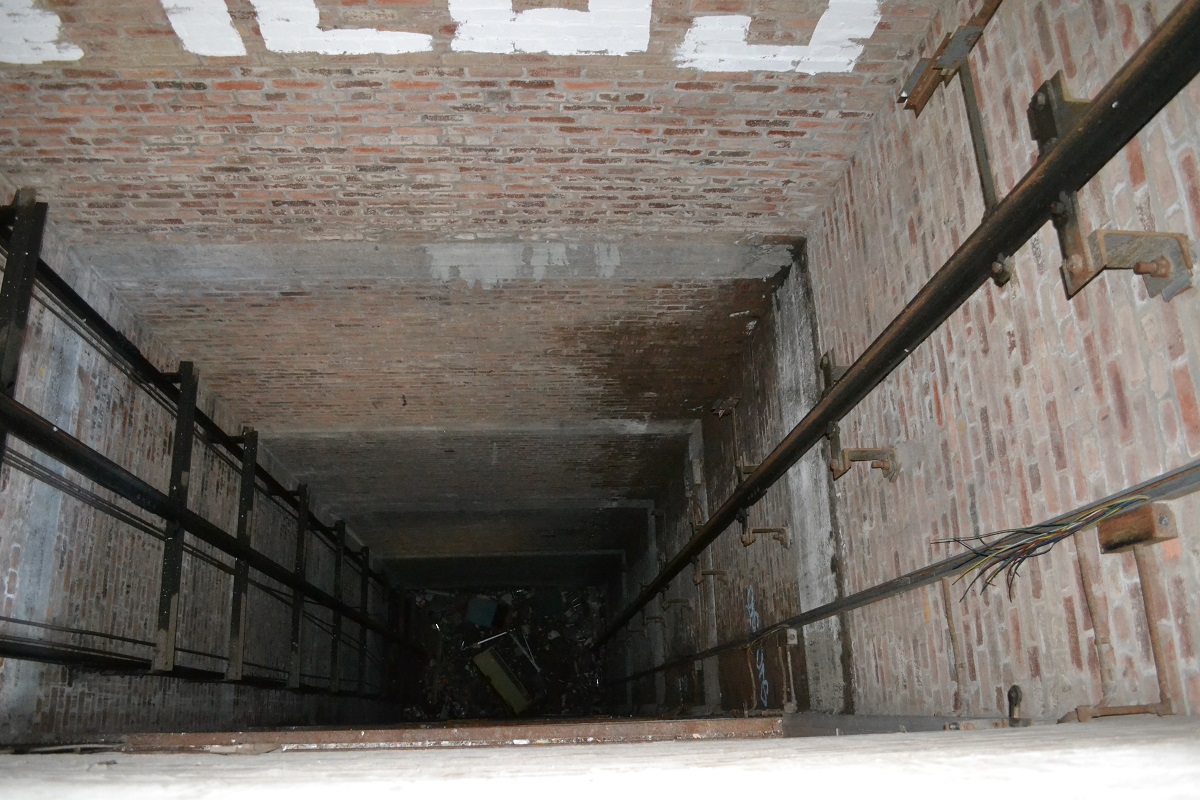 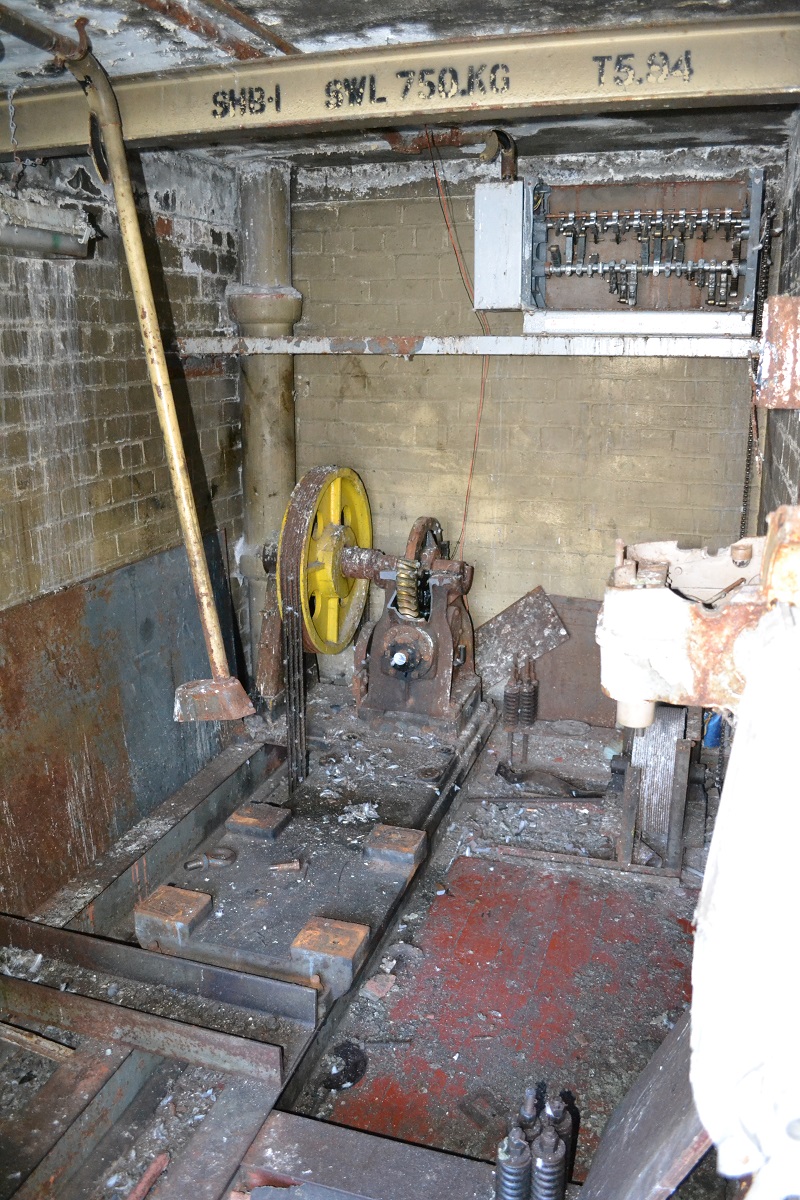 We found a number of (mostly open!) lift shafts, devoid of their lift cars, but with the cables, pulleys and motors still in place. 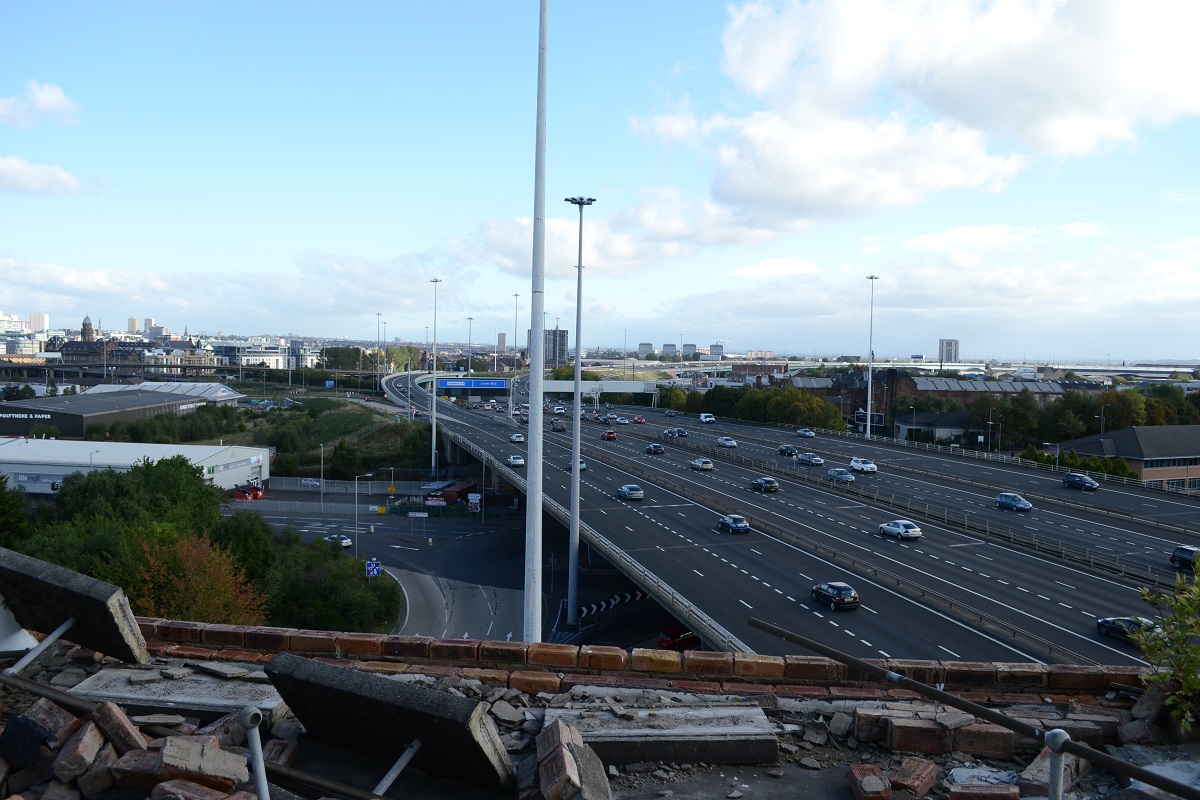 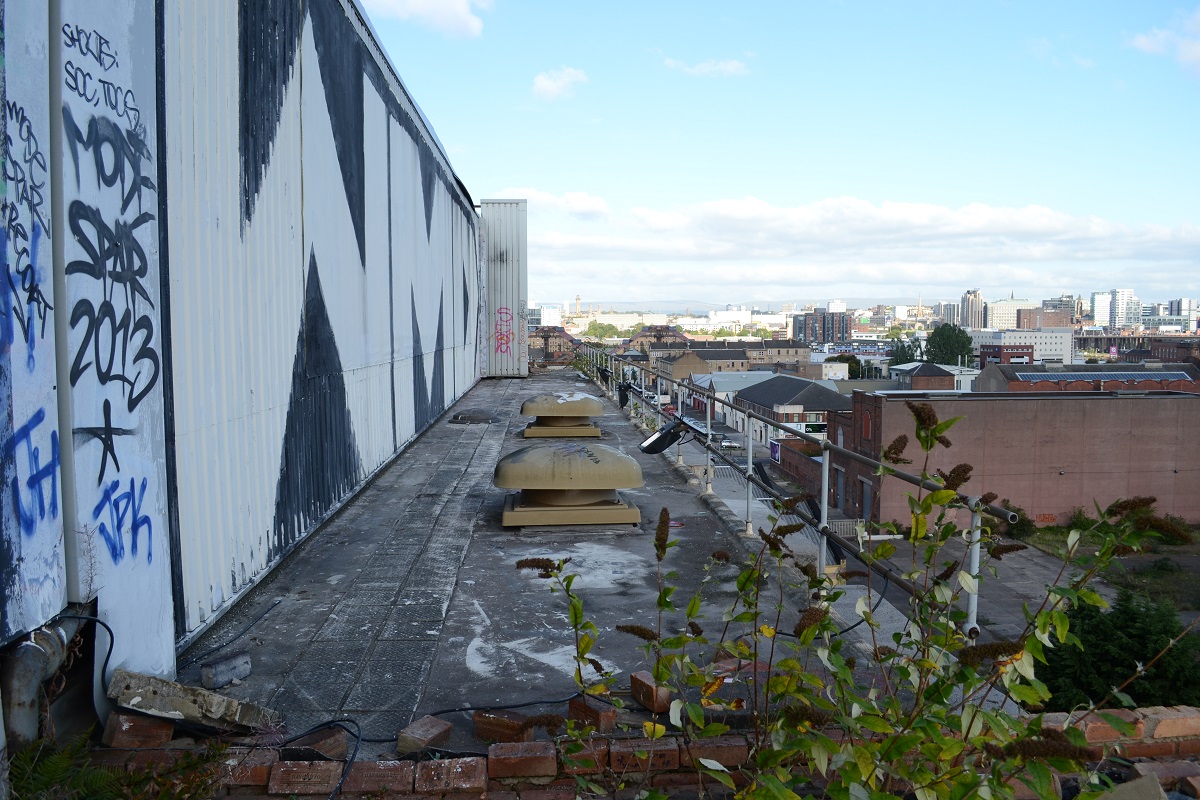 On our visit we were fortunate enough to be able to access the entire factory, including the roof. Standing on top looking out over Glasgow and watching 15 lanes of traffic thundering by on the motorway was the highlight of the day for me.

Many more photos (as if there weren’t enough on this page!) on my flickr.