I don’t very often return to places a second time after I’ve explored them. To tell the truth, I’m quite an anxious person, and taking the risk (however small) of getting caught somewhere I shouldn’t be doesn’t usually feel worth it unless I’m going to get to see somewhere new. However, East Fortune Hospital is probably my all-time favourite of the buildings I’ve explored, and when I found myself at a loose end with my camera literally round the corner from it, it seemed silly not to go in for another look. 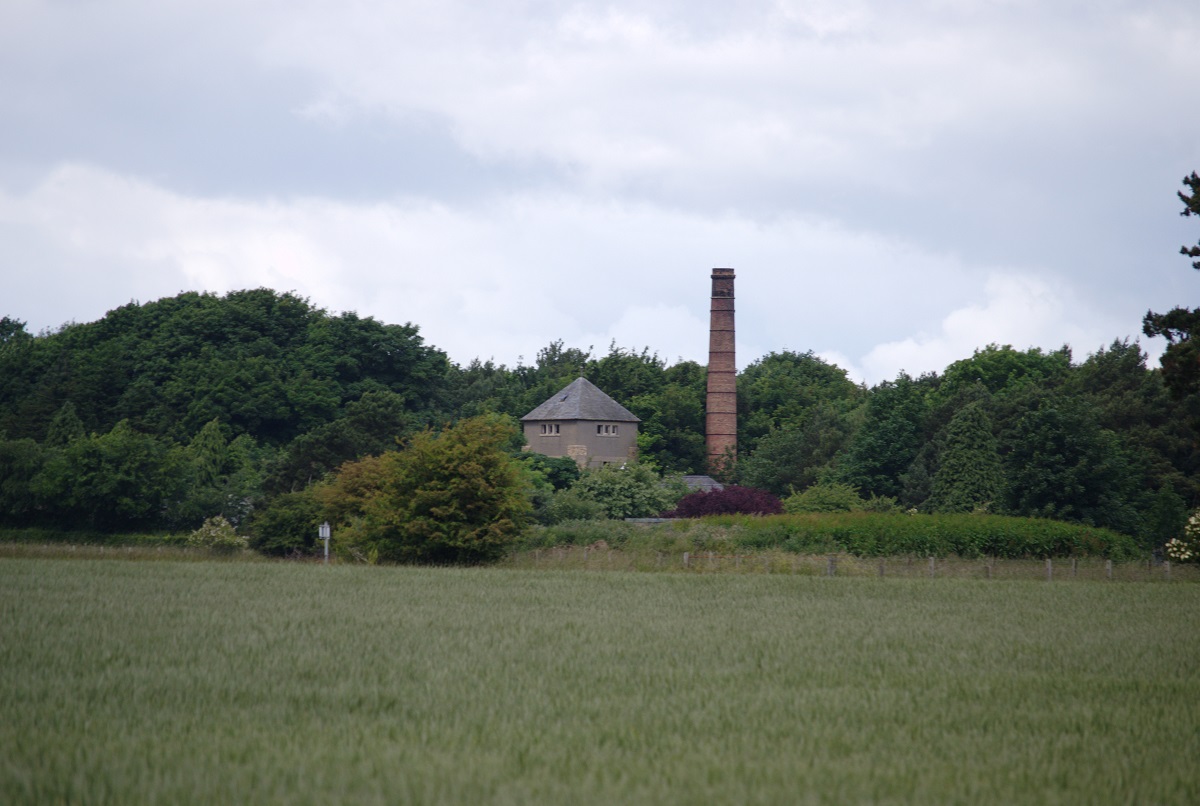 Since my last visit nearly 3 years ago, I’d also had the opportunity to view the original plans of some of the hospital buildings, from 1922. So this time, I had a much better idea of what function each room used to serve and what sort of history would likely have been associated with it.

The hospital hadn’t changed very much since my 2013 explore. The decaying buildings, their windows and doors boarded up, are still surrounded by long grass and patches of trees. I ignored the “Trespassers Will Be Prosecuted” signs, but in response to the scary asbestos warning signs I donned my face mask with P3 respirator before venturing inside. (I suspect the warnings might be exaggerated to discourage people from going inside the buildings, but better to be safe than sorry). 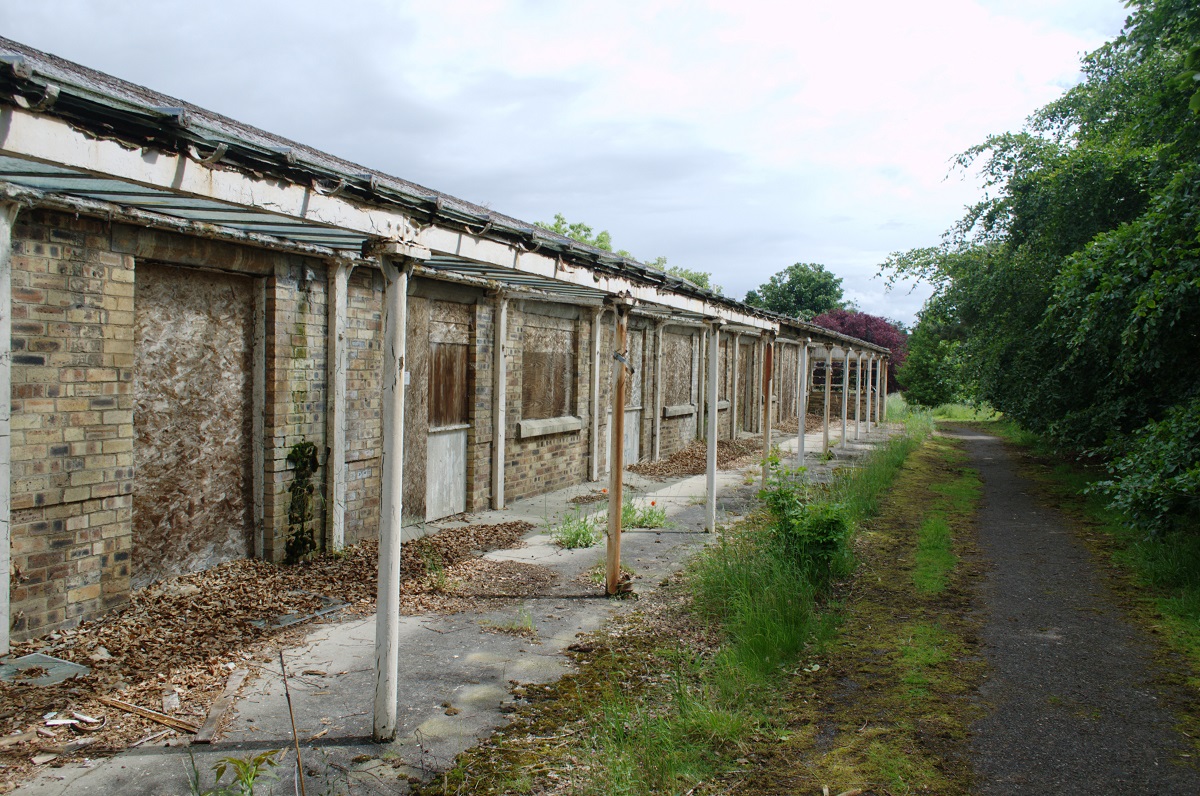 This site is huge, with countless buildings spread over quite a large area. Last time we explored quite a lot of it, but this time I’d decided to focus my attention on two particular buildings: the main block, and the boiler house.

The main block is the biggest building on site. The floor plan for this block, as built, is shown below:

(I wasn’t allowed to photograph and post the original plan when I viewed it in the archive, so I copied it to my notebook and then recreated it with floor planning software instead).

At first it didn’t look as if I’d be able to get inside this time – all the entrances appeared to be well sealed up, including the one we used back in 2013. But just as I’d given up and was making my way back round the building’s perimeter, I spotted a way in that I’d somehow missed the first time I passed it, and a moment later I was standing in a familiar dark hallway. I took quite a lot of photographs in there last time, so this time I decided to try taking a video instead. I wanted to document exactly what the layout’s like today so I could compare it to the original plan. Mostly it hasn’t changed hugely; the kitchen was clearly still being used as a kitchen when the hospital closed in 1997, though many of the rooms to the south looked to have changed their functions during the operational years.

Here’s the video, along with a commentary describing what the rooms were. It’s not great quality as I’m not very used to shooting hand held with this camera yet, and I was probably rushing a bit due to my nerves:

As I left the main block, I noticed the door of the small building outside the kitchen was also open, so I had a quick look in there, not having had the chance to go in there before. There wasn’t a lot to see, just a narrow corridor leading down the centre of the building and some uninteresting rooms to either side. 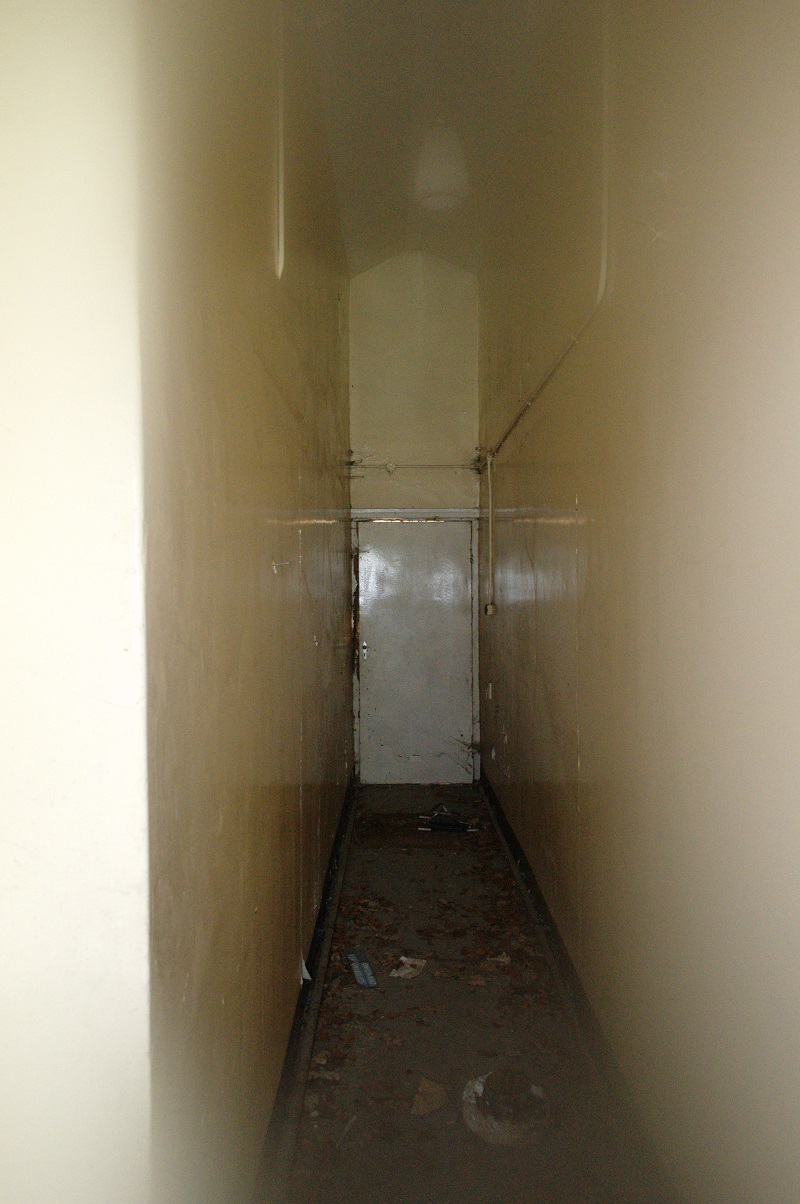 As I turned to leave, I was startled by a loud noise very nearby, which I was relieved to discover was just my spare torch falling out of my camera bag!

We explored most of the boiler house last time I visited – the large room containing the three huge boilers, and an even larger hall adjoining it that was originally the laundry, though judging from the items we saw in there it had probably been converted into some sort of recreation hall by the time the hospital closed. What I didn’t know at the time was that there were other rooms round the back of the building near the chimney, with separate entrances. One of these (according to the 1922 plans) was originally the mortuary. 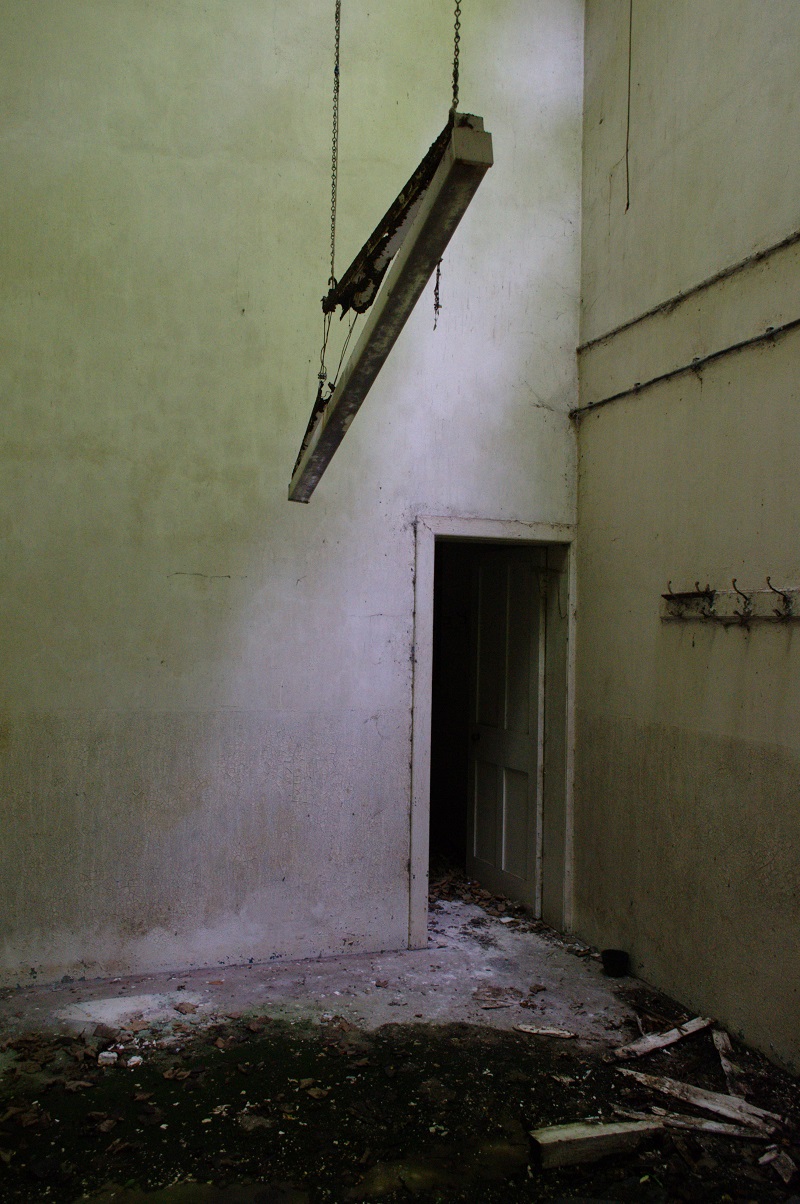 I found the rooms at the back this time and was able to get inside. There were a few fixtures and fittings remaining, though nothing to suggest that the mortuary had ever been a mortuary – it’s obviously either changed function before the hospital closed, or been stripped out since. 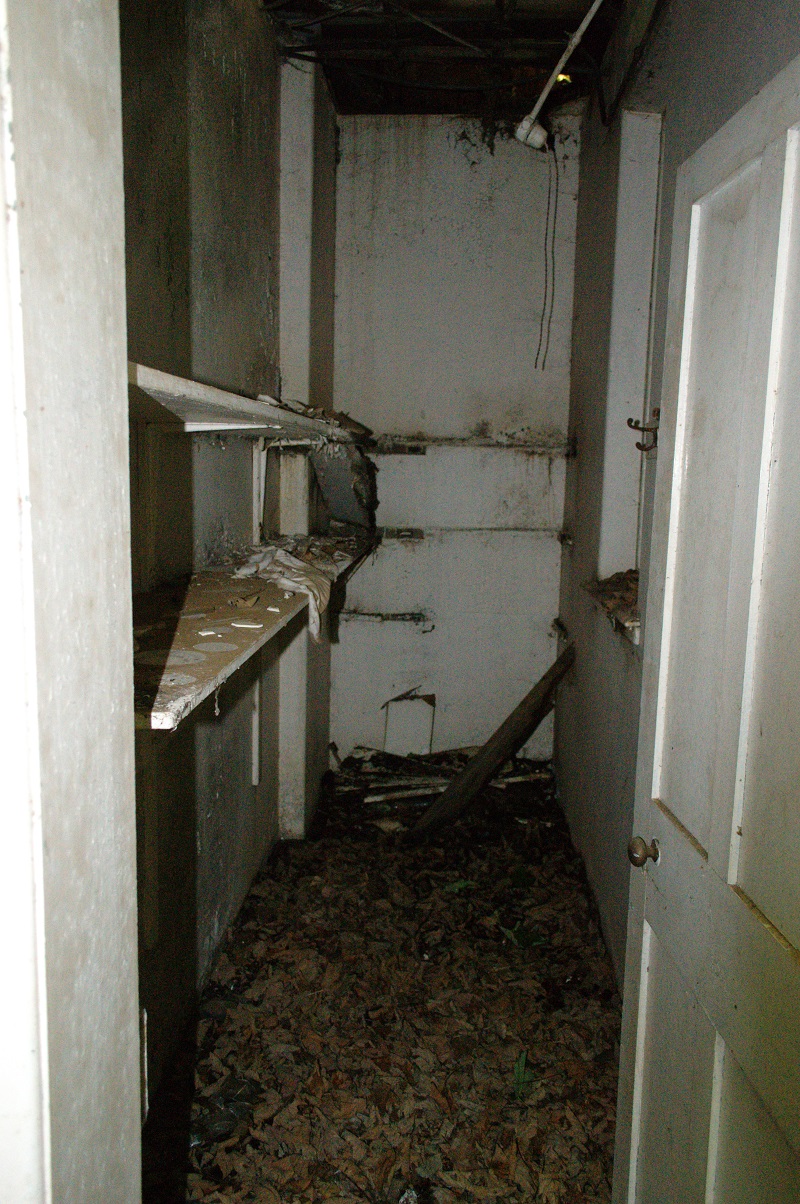 It was tempting to climb up the tower (which originally had a water tank at the top) and see what the view was like, but the access looked slightly dodgy and I decided against it, not wanting to risk a fall with no-one else around to help me.

I could have stayed a lot longer and probably explored several more buildings, but exploring this place on my own was a very different experience from exploring in a group as I had done last time – due to a mounting sense of vague unease that soon had my brain interpreting every little sound as someone waiting round the next corner for me, I felt ready to call it a day after achieving my original goals.