This is another thing I’ve been meaning to write about for a while, and something I saw posted by a couple of friends on Facebook has spurred me on to finally do it.

I’ve always found it slightly curious that ageism often doesn’t seem to be taken very seriously compared to the other -isms. There are countless articles online about things you shouldn’t do once you’re over 30*, for example, and although many people do find them annoying, they rarely provoke more of a reaction than that. Yet just imagine the uproar if there were breezy lifestyle articles on popular sites entitled “20 Things Black People Shouldn’t Do”, or “10 Things Gay People Need To Stop Wearing”.

The difference in response just seems odd to me… after all, you can’t choose your age any more than you can choose your skin colour or your sexuality, so why should it be considered more acceptable to judge and pigeonhole people according to age?

(* Full disclosure: the specific article that got me thinking about all this again was actually entitled something like “30 Things Women Over 30 Should Stop Wearing”. Now, I’m not a woman so I don’t really feel qualified to talk about the sexist aspect of the article – why “women over 30” and not just “people over 30”? – but I still feel entitled to stick my oar in when it comes to the ageism. In any case, I’m not really going to focus on that particular article much, it was more just a catalyst that got me back to thinking about the whole issue).

The underlying message of that kind of article always seems to be the same: you’re 30 now, so your life is over. Stop pathetically trying to enjoy yourself and get in the box we’ve made for you.

Let’s be honest: I’m the sort of person who probably gives those article authors nightmares. I’m nearer 40 than 30 now, but I still go to gigs; most days I still dress pretty much the same way I’ve dressed since I started high school (jeans, trainers, T-shirt); I love going on roller coasters; I explore abandoned structures that I’m not supposed to be in, just for fun; I had a massive buffet of Haribo sweets at my wedding reception; I still go to dance events where most of the attendees are students; I hang out with people for whom a good party is one that involves stripping naked and running into the nearest body of water; I called my largely pointless blog “Gcat’s World of Stuff”; when I go travelling I stay in cheap hostels like a gap year student, not because I desperately need to save money (though that is a nice side effect), but because I feel more at home in places like that. In short, “acting my age” is not really a concept that exists for me. I have zero intention of stopping doing those things any time soon. If and when I do stop, it’ll be because that’s what feels right for me at the time, not because I happen to have been alive for some arbitrary, meaningless period of time. Hell, I didn’t even start doing about half of that stuff until I was already over 30!

At this point you may be thinking “Hang on, it’s not fair to compare ageism with racism and sexism. It’s different, because everyone gets the chance to be young once, so it’s reasonable to judge people who failed to get the ‘young person stuff’ out of their system at an appropriate age, people who refuse to grow up and move on”.

And I, in turn, could respond by pointing out that not everyone does get the same chances when they’re young. Many people’s childhood and adolescence are blighted by abuse, mental illness, physical illness, or any number of other circumstances that might make it difficult for them to spend time on enjoyable activites. In my own case those circumstances included bullying as well as very long lasting depression and anxiety… and now that I’m finally making real progress on getting over all that, I’m damned if I’m going to miss out on having some fun at long last, just because it makes some judgemental idiots squeamish to see over 30s enjoying themselves.

But I think to go down that line of argument would be to miss the more fundamental point. I’d be trying to justify something that should require no justification, buying into the underlying assumption that I should somehow be ashamed of what I’m doing, that I should feel I have to make excuses for my behaviour. I don’t have to make excuses, because there is nothing to excuse: I’m not hurting anyone. I suppose people might argue that I’m hurting myself, though, and missing out on proper adult experiences by not acting my age. I disagree. I’m married, I work in a fulfilling and highly skilled job, I own a nice house and a nice car. I don’t think I’m missing out on anything… and I think the people who believe you need to stop doing what you love and start putting on some dull, soul-destroying act of “maturity” in order to succeed in the fields of dating and career are utterly, utterly wrong. You have a MUCH better chance of finding a partner or a job that’s right for you if you’re happy, relaxed and enjoying life than you do if you’re uptight, repressed and wasting all your energy on putting up a front to the world. Believe me, I know this from bitter experience!

It seems highly ironic to me that people who claim to value maturity so much are often the ones who judge others based on trivialities like what clothes they choose to wear or what activities they enjoy in their spare time. That doesn’t look much like mature behaviour to me… in fact that looks very much like someone who’s desperate to appear grown up to cover up the insecurities underneath, but lacks any understanding of what being grown up actually means. I’m reminded of the famous C.S.Lewis quote, “When I became a man, I put away childish things… like the fear of childishness, and the desire to be very grown up”.

But why does it matter?

You’re probably wondering why I chose to write a blog entry about this. After all, I could have just ignored it… I could have rolled my eyes, muttered “idiots” under my breath and moved on. And that is what I usually do these days, because if I let every ignorant comment get to me the way I used to, there wouldn’t be enough bandwidth on the internet to convey all the things I wanted to say back.

But this issue, I thought, merited a response, because I think it could easily turn into more than just an annoyance, to some people at least. I mentioned above that I was clinically depressed for a long time. There were a number of factors that helped me to get better a few years ago, but by far the most important one was re-learning to listen to my feelings and do things that would make me happy, regardless of what I felt I “should” be doing. In other words, it was mainly starting to do all of those supposedly age-inappropriate activities I listed above that finally lifted me out of the depression I’d been mired in for well over a decade. 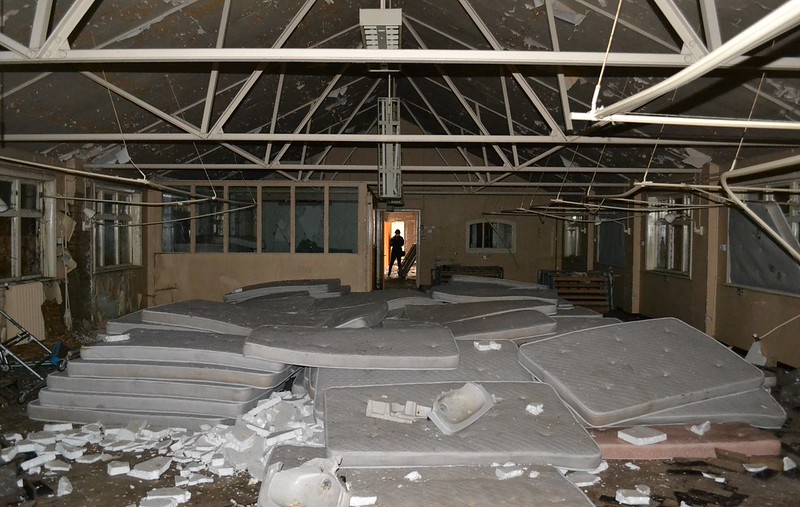 In light of my experience, I think it’s downright irresponsible for anyone to be dishing out “advice” that amounts to telling people to give up on the things that make them happy. I’m sure the article authors would retort that they’re not forcing anyone to take their advice, and that’s true; but knowing what it’s like to be in a deeply depressed and vulnerable state, I suspect that the people who are least likely to be able to brush off things like this are also the most likely to be damaged by them. Of course some vapid, click-bait list that even the person who wrote it probably doesn’t really believe isn’t going to ruin someone’s life in itself, but I can easily see it pushing someone over the edge if they’re already in a precarious state. So I stand by what I said: it is irresponsible.

But then I’m 36 and I still wear trainers, so I suppose that disqualifies me from talking about responsibility anyway.

1 thought on “Casual ageism… and why it’s bad”