I’ve known about this place for a while, but I have to admit, as the sort of hypocrite who likes eating meat but would rather not think about where it comes from, I had my reservations about it. It looked as if it would be a good explore, but would that be worth potentially never being able to enjoy a burger again once I’d seen the horrors within? In the end though, my curiosity got the better of my squeamishness and I did go for a look round. 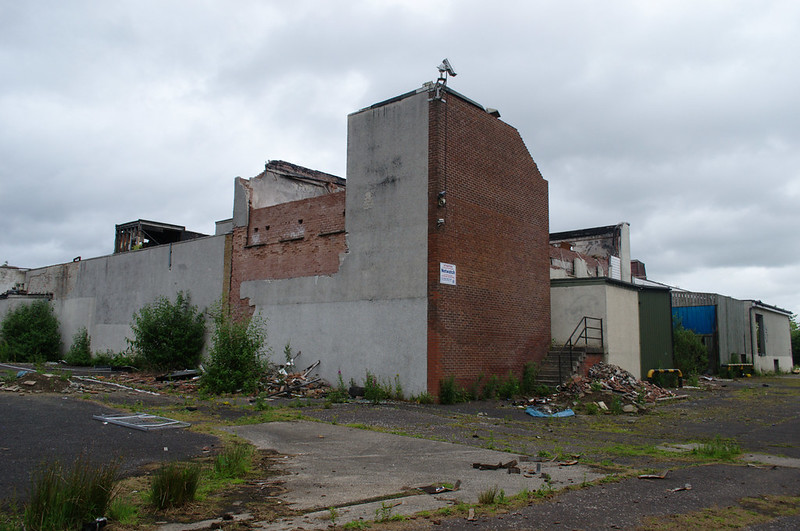 This abattoir was built (as far as I can tell) at some point in the 1970s, and was operational until 2005, at which point it was closed with the loss of 80 jobs. Initially the closure was described as “mothballing”, but it ended up being permanent. The facility specialised in lambs, and when it was in operation over half a million of them per year were slaughtered here (over a third of Scotland’s entire production). The closure was apparently due to competition from a larger plant that opened not too far away, but that has itself also now closed. 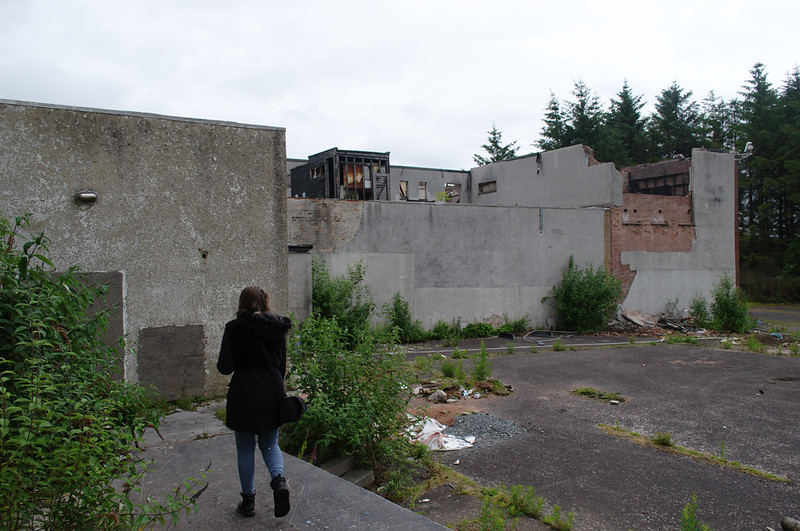 The upper floor of the building is in a very bad state now – apparently there was a fire here recently – and we didn’t attempt to access it, but the lower level, where most of the work was actually done, is still structurally intact despite vandalism. Comparing what we found with Teenzie’s video from two years ago, the metal thieves appear to have made off with quite a lot of stuff since then, but there is a fair amount of equipment still left inside: most obvious were the rows of hooks hanging from some sort of conveyor system which wound its way around the ceiling, but there was also refrigeration equipment, as well as various other machinery that we couldn’t identify and didn’t particularly want to. 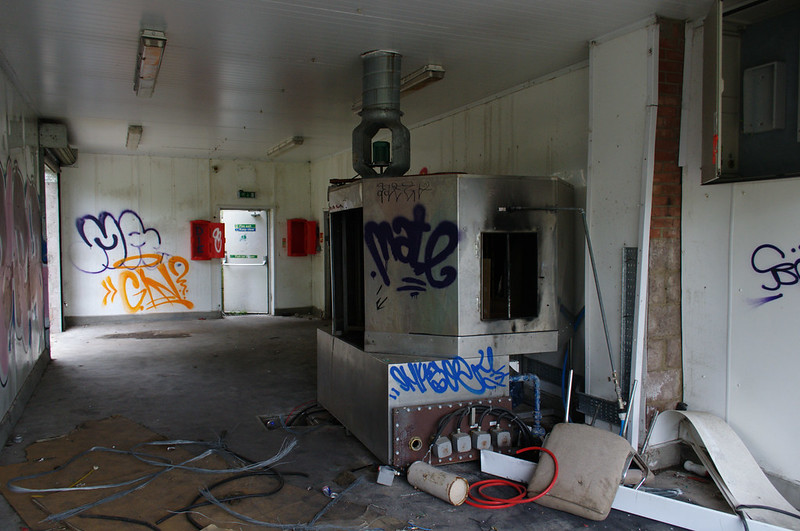 We entered through some sort of loading bay at the end of the large, mostly windowless building (though we could have chosen any entrance we wanted, since all the exterior doors were standing wide open). The first few rooms we encountered were very dark, and we had an unsettling walk through by torch light, listening to nearby noises, which thankfully turned out to be caused by the wind, by dripping water, and by the resident pigeons rather than by anything more sinister. 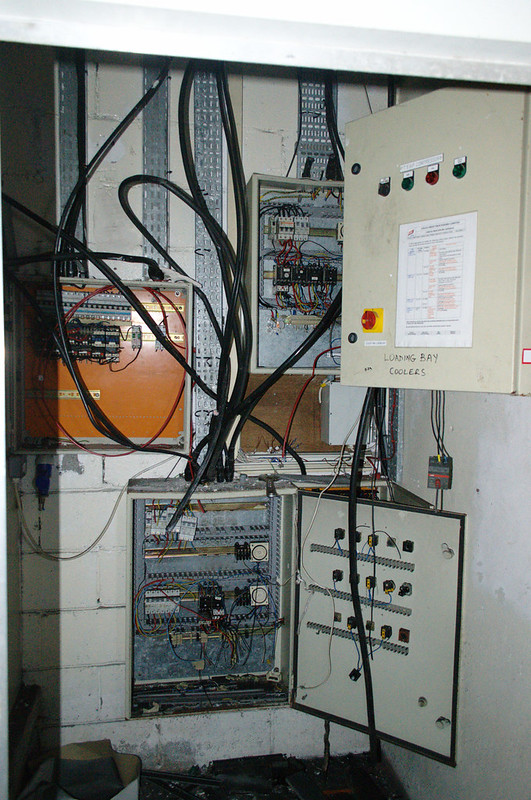 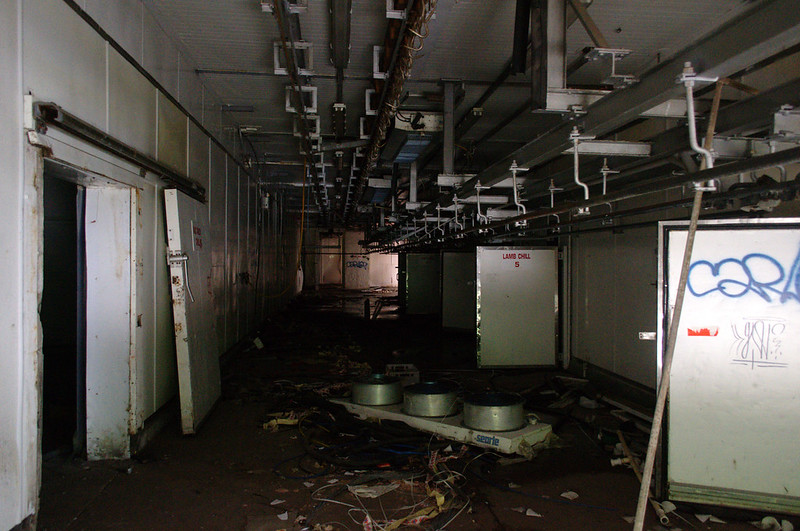 Deeper inside we passed a cupboard full of electrical equipment, then came to a long room with another loading bay at the top end, the aforementioned conveyor system on the roof, and doorways along the side leading into what was presumably a huge refrigerated room. 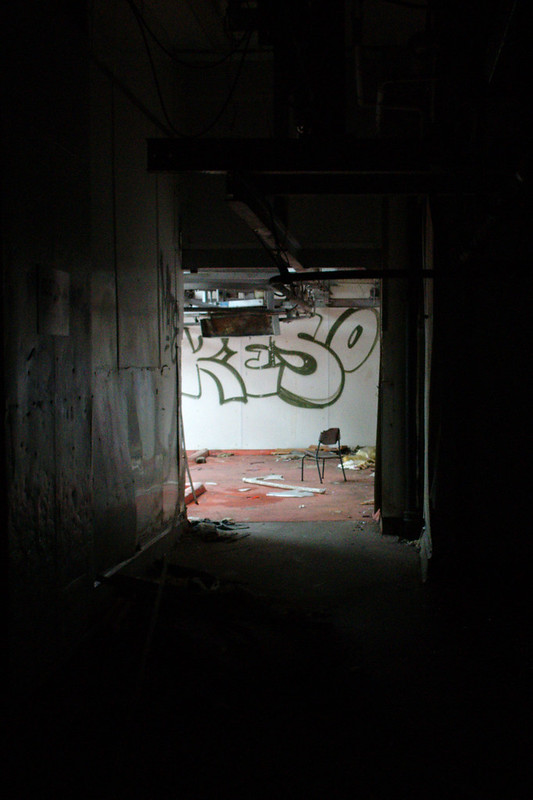 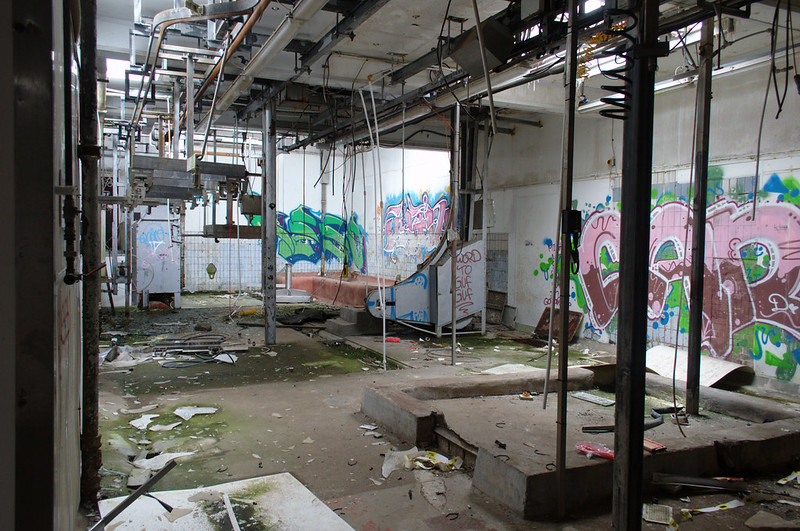 Towards the other end of the building, the rooms were mostly lighter due to overhead windows, though there were still plenty of dark corners and side rooms to explore. As you’d expect in a mostly unsecured building that’s been derelict for over a decade and is situated next to a housing estate, there was quite a lot of vandalism. Equipment had been pulled apart and thrown on the floor, and there was a lot of graffiti, including this: 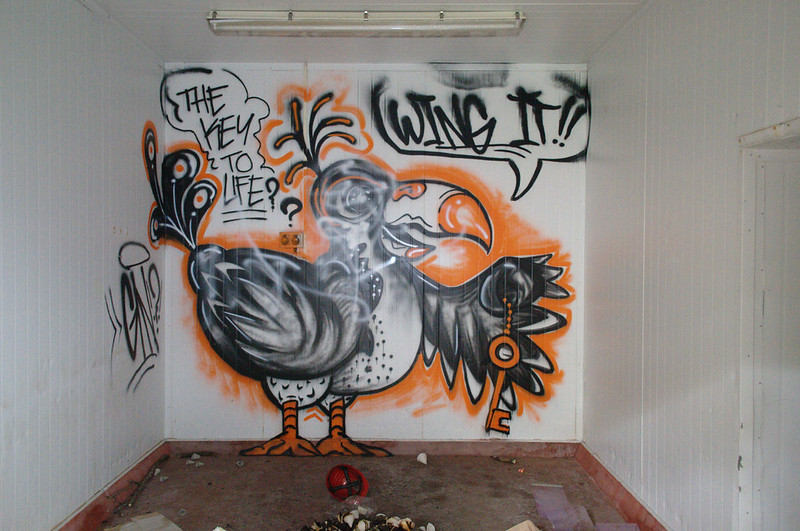 In front of it, someone appeared to have recently had a camp fire. 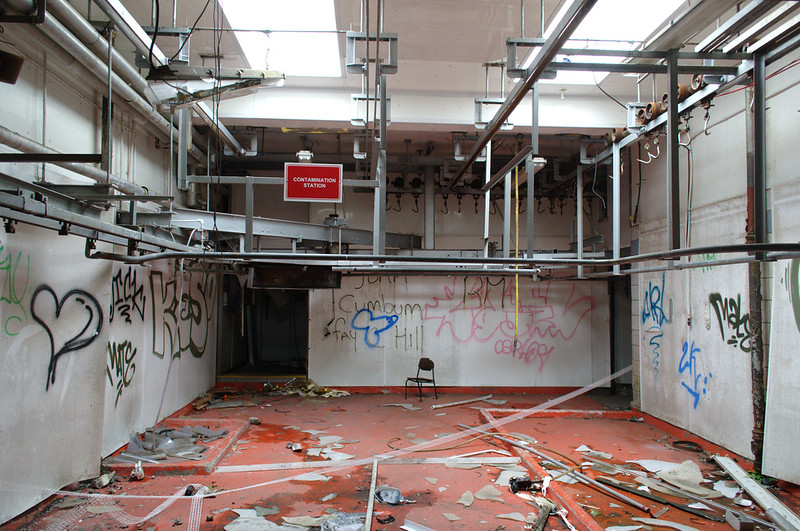 I think we must have gone through the building in the opposite direction to the unfortunate animals that met their end here, because when we left through a door at the far end from where we entered, we were greeted by the sad sight of the pens that would have held the sheep before they were “processed”. 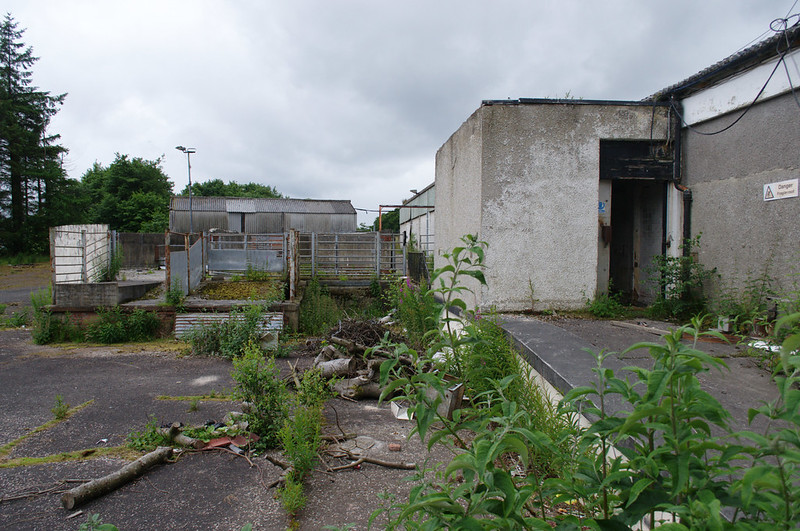